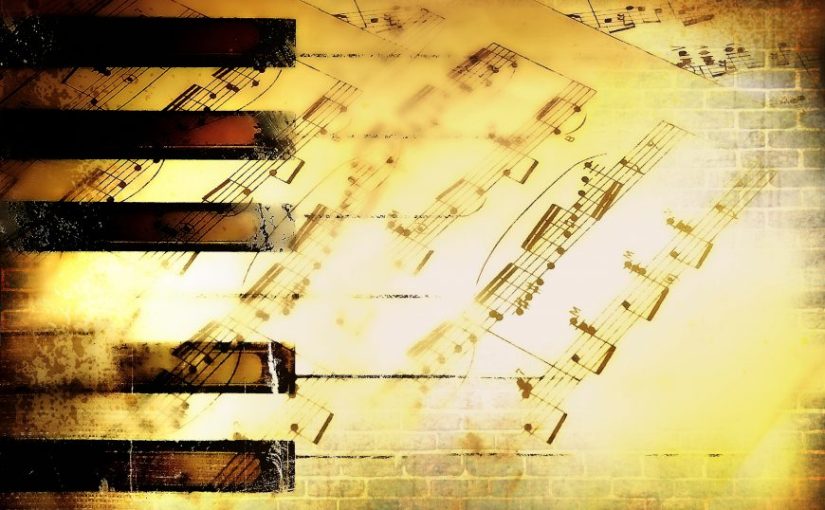 Sound before Symbol: Lessons from History has been one of the most widely read posts on the Pianodao site.

If you haven’t seen it already please have a read, because this post is in effect an addendum and update to that one.

Starting with an “Auditory Model”

Recognising that the principle of “Sound before Symbol” is a universal one in musical learning, I believe that we should not confine our discussion to “early years” music education programmes, but embrace the benefits of an “auditory model” at all stages of our development and ongoing practice. In my previous article I suggested Liszt and Bartók as examples of teachers whose impact was rooted in aural “transmission”.

An “auditory model” of a piece, an awareness of how it should sound, can come from a good recording, performance and/or demonstration.

Some readers will perhaps feel uncomfortable conflating the notion of teaching simple music reading skills “sound before symbol” and using an “auditory model” to learn advanced repertoire. In practice I have found over that the transition from the former to the latter is as seamless as it is natural; the unifying concept being a recognition that music, like any other language, is firstly an aurally transmitted one, and secondly a written one.

But to what extent is an “auditory model” preferable to simply sight-reading through a piece to form an overall impression of it, and then learning it from the notation alone? This is, after all, an approach advocated by many…

I think it would be a very serious mistake to diminish the importance of developing sight-reading skills, or indeed the ability to fluently read notation. But to assume this is the only, the best, or even the primary way of learning new pieces would surely be equally misguided, and it’s this point which is addressed in some important recent research.

What does the research say?

Musicians who have an auditory model of a new piece are able to :

These findings are outlined in this academic study, which I highly recommend all teachers download and read in full:

Here, in essence, is what the study looked at:

“In the current study, we investigated the effects of an auditory model on the development of speed and accuracy in the performance of a novel melody. Comparing data from learners who did and did not hear an auditory model prior to beginning practice, we considered the effects of the model on both the rate of learning during active practice and the extent of memory enhancement during overnight sleep.”

One of the basic principles of music education under scrutiny is explained by the authors as follows:

“In order for learners to bring about productive changes in what they do during independent practice, they must envision what they are attempting to accomplish in the short and long term and must recognize the differences between their current behavior and the goals to which they aspire. Live and recorded performance models serve an obvious function in this regard, as models provide vivid representations of goals that learners are working to achieve, thus influencing learners’ focus of attention and motivation.”

“Our data demonstrate that hearing an auditory model prior to practice led experienced musicians to reach performance levels that were significantly greater than those attained by musicians who had not heard a model. Both groups of learners had been instructed to perform the target melody as quickly, accurately, and evenly as possible, but the musicians who heard the model outperformed the other participants throughout the course of evening training and at morning test.”

Just as a Shakespeare play can make perfect sense on the written page, but take on a new vibrancy on stage, so too music has a life beyond the notation which can only be conveyed through sound: the language of the music itself.

It should come as no surprise that aural transmission and the development of an auditory model are crucial for musical development.

But academic studies such as this are hugely important because they bring our understanding up to date, so that historical precedent, contemporary research, and common sense can converge to reinforce good teaching practice.

At the same time, I feel that it’s important to underline that we must take care to ensure that we don’t teach or learn a “fixed interpretation” by referencing a singular auditory model, or make the mistake of not considering alternative readings. The power of the auditory model can certainly work against, as well as for us if we don’t exercise diligence. Most teachers will have encountered the student who learns a piece poorly having listened to a bad performance of it on YouTube.

And however conclusive these recent findings are, they do not excuse us from ongoing research, reflective consideration, and above all humility in ascertaining the best ways to teach and learn the piano.

As the authors of the study themselves conclude:

“These results raise as many questions as they answer, and they suggest tantalizing possibilities for music learning that will require considerably more study to realize.”

Once again, do read the full study, as it offers a fascinating glimpse into how the research was conducted, and raises so many issues that as contemporary teachers we need to give our full attention to.