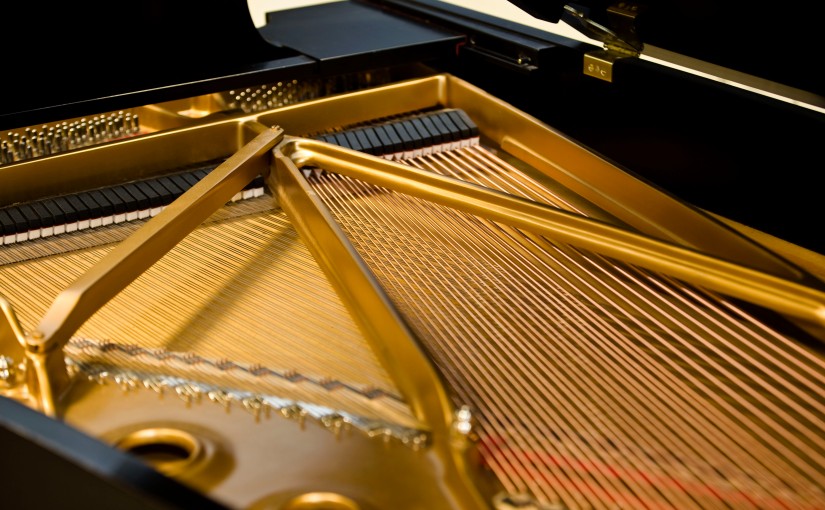 Debate about the value of piano competitions continues to stir heated discussion in the classical music world.

Latest to weigh in with a rather controversial blog post is pianist Pavel Kolesnikov, a young Russian formerly awarded Prize Laureate at the Honens Competition of 2012. Kolesnikov goes so far as to name specific jurors who, he says, have voted for their own students in recent competitions, lifting the lid on a practice that he portrays as rife.

Concert pianist Peter Donohoe, who himself competed in several international competitions before winning joint Silver Medal at the International Tchaikovsky Piano Competition in Moscow in 1982, wrote a heartfelt and well-considered response to Kolesnikov on Facebook, published with his permission by Frances Wilson in full here.

One of Donohoe’s most striking arguments in defending the role of piano competitions (while admitting, as an insider, that genuine problems exist) is this:

“There is after all now no effective alternative for young musicians – other than comprising yourself of a good business opportunity for large companies, connections, financial backing, networking and good luck.”

But do competitions really offer the only, or even the best route into professional work for young performers? Donohoe himself mentions five other pathways to success, all long-established. And in this internet age there are more promotional avenues to explore than ever, as Valentina Lisitsa for one has demonstrated.

Personally I have confidence that the piano world would, in the absence of competitions, find many positive ways to help and promote new artists.

Why talk ourselves down? Surely we don’t need to resign ourselves to putting up with a system if it is shown to be ineffective or tainted?

A World of Competitions

The World Federation of International Music Competitions lists 52 international piano competitions over the next few months alone, and these are a mere portion of the total number, which would include competitions that only take place every 2-3 years.

Compare this with the number of pianists who actually sign a record deal or make an impact on the concert scene each year, and it’s clear there is a mismatch.

“By and large they are good things, they are occasionally great things, they create goals for young people, stimulate media and public interest, and are a representation of life in the real world once you leave the protection of family and teachers.”

While I have huge respect for Donohoe both as a performer and jury member, I am really not sure about this claim.

Firstly, I would of course hope that most artists in “the real world” can count on the support of family, teachers, friends and colleagues, and see no reason why that support network would disappear when entering or making a break from the competition circuit. In any case, Pavel Kolesnikov’s charge is that some who enter competitions do so fully under the “protection” of their teacher, who is on the jury, while others lack that advantage.

Secondly, professional success for musicians in “the real world” is predicated on forming creative partnerships, but I wonder which competitions are themselves succeeding in this? How many of them, for example, commission new piano concertos for their finalists, presenting classical music as a living art form to their audiences? Where are the famous young artists who could be on the jury offering a contemporary perspective to competitors? And what about pre-negotiated recording contracts and broadcasting deals for the winners?

Thirdly, while the music profession is undoubtedly competitive in the broadest sense, the format of performing in a competition seems to me somewhat at odds with emerging trends in music performance in “the real world”. Indeed, the recent debate Stephen Hough initiated rightly drew attention to those who are exploring innovative ways of presenting live performance to 21st century audiences.

To “modernise” need not mean to “trivialise”; consider for a moment how the Olympic Games have evolved in recent decades: certainly they have changed remarkably, but without diminishing their credibility or kudos.

Lastly, and most importantly, we have to consider the jarring fact that in “the real world”, winning a competition no longer seems to count for much. In his article Why Piano Competitions Will Never Yield a Superstar, published in the Wall Street Journal no less, Terry Teachout observes:

“Van Cliburn was catapulted to world-wide celebrity when he won Russia’s International Tchaikovsky Competition in 1958, and since then his victory has been cited as the quintessential example of how such events can make a crucial difference in the lives of gifted artists. But Mr. Cliburn retired from the concert stage two decades later, burned out at the unripe age of 43, and most observers put much of the blame for his disintegration on the unnatural effects of his having become an overnight superstar…

“Even more to the point, Mr. Cliburn is the only classical musician to whom such a thing has happened. It’s been a half-century since any of the first-prize winners of the Queen Elisabeth Competition went on to have indisputably major solo careers …”

This suggests, rather unfortunately, that those who promote competitions as the route to a performing career are inviting participation based on what is almost certainly a false hope.

Time to be Put to Pasture?

“To compete always damages your soul.
If you compete you are not a musician any more…
Competitions are not the way, that’s for sure!”

These are strong words, worth reading and remembering.

And my post Jorge Bolet on Competitions quoted the legendary pianist’s views in some detail, as well as those of young Russian pianist Zlata Chochieva, who recently said:

“At one time I was playing in competitions almost every year…
But then I stopped about three or four years ago.
I couldn’t find any reason to play in competitions any more.
If you have brave ideas, the competition world doesn’t work.”

“I’m a bit angry at the world for not having come up with another way of discovering talent other than competitions.”

I can understand Giltburg’s anger with the competition circuit. So long as good people insist that competitions are the best or only way for young artists to launch their careers, there’s a real danger that others will be deterred from proposing alternatives.

And yet there ARE those who aren’t detered: the classical music world is buzzing with fresh initiatives and a passionate commitment to keep great performance and artistry alive. Our best bet is to support all who are creative and forward-looking.

The best-known quote on the subject of competitions of course remains that of Béla Bartók, who so famously quipped:

“Competitions are for horses, not artists.”

Is it perhaps finally time for competitions to be put out to pasture, so that the artists can reclaim the stage?

Pianodao is FREE to all, but funded with the help of reader donations.
Supporters enjoy extra benefits by joining The Pianodao Tea Room.