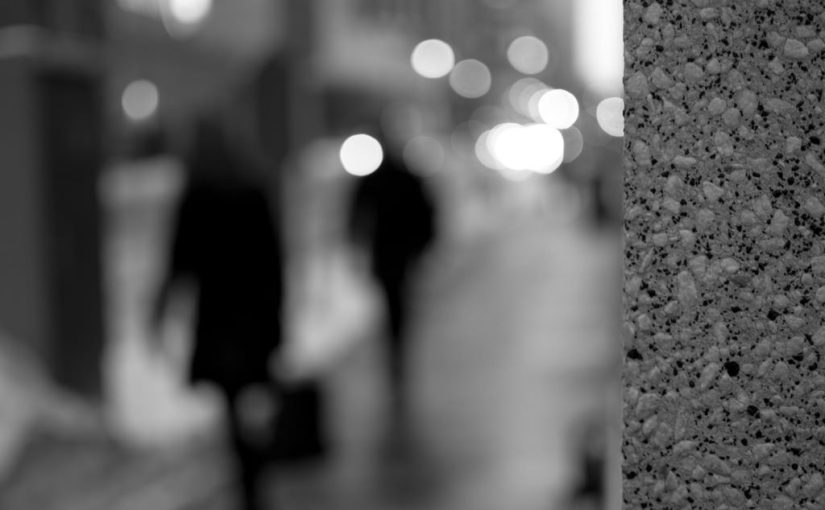 Our Piano Journey in its Living Context
Written by ANDREW EALES

As I write this, it’s been another eventful week in celebrity land, with tabloid headlines screaming the latest sordid news about Angelina, Brad, Jennifer, Jonny and others. There’s a common theme here: celebrity can be both a magnet for narcissism and unhappiness and a force that knocks lives off balance.

In the world of piano playing, albeit on a smaller scale, being well-known brings its own challenges, with exposure to conflict, malicious gossip and the envy of those who are less successful or unfulfilled.

So should we basically pursue anonymity?
Can a wise balance be found?

Anonymity can mean many things.

To musicians, we perhaps associate the word with those composers of old whose names have been lost to history. Their works are attributed to “anon.”, whether because they weren’t interested in taking credit in the days before royalty payments had been thought of, or simply because they disappeared leaving no trace or forwarding address.

Put like that, we might actually see the anonymous person as a failure, but it’s worth bearing in mind they might not have seen themselves that way at all. The reason we confuse anonymity with failure is that, in the back of our minds, we equate success with making a name for oneself.

But ultimately there are many other ways to measure success.

When I first started exploring the philosophy and teaching of the Daoist classics, one idea that I found difficult to accept from early on is the idea of leaving no mark on the world around us. Surely we all want to make a difference, to create a legacy, and to have some significance and be of use to others?

And yet there is a recurring theme in the classics that we should be one with Dao, and one with nature – rather than the master of it. This was such a radically different perspective that it took a while for startled indignation to turn to curiosity, and eventually understanding.

In “Returning to the Source”, as the sages put it, we lose our “selves” completely. We become, in effect, anonymous. And the Daoists considered this to be a good thing, an ideal worth aspiring to.

The value of emptiness

In her translation of the Book of Lieh-Tzu, Eva Wong uses the phrase “the value of emptiness” – a concept which seems to be quite closely linked to anonymity – to introduce the following passage:

“Most people like to be praised. They feel good when their accomplishments are acknowledged. However, I feel we would be better off if we were empty of attachments and not imprisoned by recognition, approval, and disapproval. In the long run, we’d have fewer things to worry about. That’s why I value emptiness.”
Lieh-Tzu paused and then continued: “Even if you were given credit for doing something, you should realise that it was not entirely your own doing. Events occur because conditions are right, and your action only contributes to one of the many conditions. We are accustomed to thinking that when things happen, they are our ‘accomplishments’; we don’t understand that there is actually nothing to accomplish. Therefore, rather than accept credit that does not belong to anyone, why not quiet down and think about the workings of heaven and earth?”
“Seeing the emptiness of things can help us cultivate stillness and peace of mind. If you do not know how to keep still in this crazy world, you will be drawn into all kinds of unnecessary trouble. You will lose your view of The Way, and, when you realise it, it will be too late, for in losing The Way, you will have also lost yourself.”

The Teaching of Laozi

Laozi (also anglicised Lao-Tsu), who lived a couple of centuries earlier, and is regarded as the Patriarch and greatest sage of Daoism, explored these ideas in many of the verses from his great work Daodejing (or “Tao Te Ching”), regarded as the most important classic text of Daoism.

“For this reason sages put themselves last, and they were first;
They excluded themselves, and they survived;
Was it not by their very selflessness that they managed to fulfil themselves?”

And he goes on to remind us that fame, wealth and power are transitory, and of little real value in the long run (verse 9):

“Though gold and jewels fill their houses, no one can keep them.
When the rich upper classes are haughty, their legacy indicts them.”

It is when we empty ourselves of ambition, desire and ego that we are most useful (verse 11):

Surprisingly little is known of Laozi. In terms of historical record, the earliest biographical account is found in chapter 63 of the Shih chi (the Records of the Historian), written around 100 BCE by Ssu-ma Ch’ien, several centuries after Laozi is thought to have lived.

Laozi is an honorary title bestowed on the sage, whose real family name was, according to Ssu-ma, “Li”. The truth is, however that we really don’t know Laozi’s real name – he is literally anonymous! – and some historians question whether he ever even really existed!

According to legend, however, Laozi served as historian in charge of the archives of the Chou court, residing in the Chou capital in Lo-yang. Viewing the decline of the Chou royal house, we are told, he decided to pack his bags and leave in search of a quieter life. Reaching the Han-ku Pass, far to the west, he was met by the Keeper of the Pass. Observing that the old man was planning on withdrawal from the affairs of the world, the Keeper asked him to write down a book explaining The Way (the Dao or Tao), and virtue (Te). This became Daodejing, or “Tao Te Ching” – the classic of the way and of virtue.

“What became of him afterward,” Ssu-ma adds, “nobody knows”.

Apocryphal though this story may be, it is certainly revealing in its message. For Laozi, we might deduce, the anonymity of retiring from the public eye in search of peace was the crowning part of a bigger life. He spent many years working hard at the Chou court, and even upon his retirement he did not turn away from the opportunity to write a short book when asked to.

So Laozi was obviously not lazy, and nor does it seem that he equated wu-wei (the Daoist notion of ‘non-action’) with sloth. He was happy to share his wisdom and help others. He did not simply turn his back on the world. But despite his success, he prized his inner health and enlightenment above fame, power and influence, and it was for that reason that he forsook them and chose the Path of Anonymity.

The irony of the story is of course that Laozi has become one of the most respected thinkers in world history, his book Daodejing also being the third most-translated work ever. His anonymity was rewarded with global fame.

The path of anonymity is, then, an attitude of rejecting excessive self-promotion and competition against others. It is a daily decision to make the very most of auspicious opportunities which present themselves, but to do so by being who we are and following the natural way.

As musicians, “making a name” for ourselves can become a preoccupation whether through competition in its many forms, or through self-promotion.

Perhaps we need to stop and consider whether we are truly content with the path we are on, and learn to quickly spot those moments where we might have allowed ourselves to lose our balance.

Some questions to ponder:
• How would the quality of my actions change if I became famous?
• Does anonymity make it easier or harder to be creative?
• What would be the most difficult aspect of being anonymous?

2 thoughts on “The Pianist’s Anonymity”