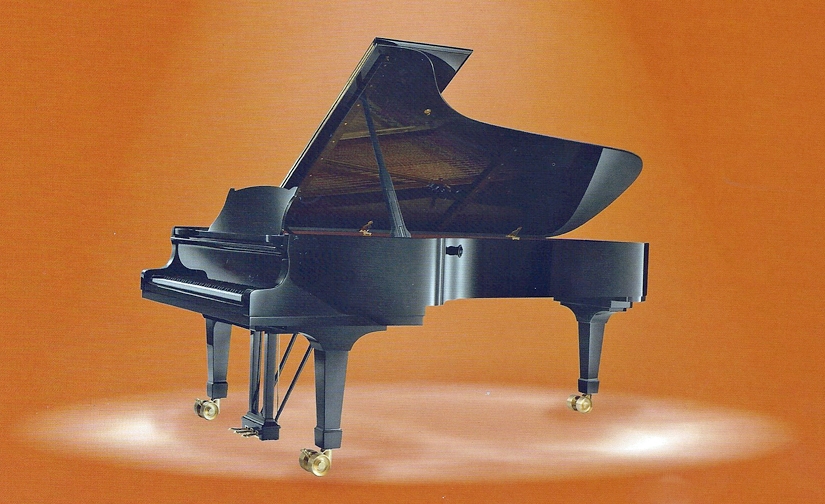 Easy Concert Pieces is a brand new series of three piano collections edited by Monika Twelsiek and Rainer Mohrs, and published worldwide by Schott Music. The first book came out last year, while Book 2 has just been published.

I will look at both, and let’s see how the series is shaping up!

According to the Preface,

“The Easy Concert Pieces series presents easy piano pieces in progressive order. These pieces are intended to complement a piano tutor method and are particularly suitable for performance and auditions, concerts, competitions and examinations. They offer varied repertoire in a broad selection of pieces from the Baroque, Classical, Romantic and Modern eras.”

This is hardly a revolutionary concept, and aside from the many exam-music spin-off books on the market I was immediately reminded of the collection My First Concert, also edited by Monika Twelsiek and published by Schott last year (see my review here). Indeed, several of the pieces from that collection are included again here, albeit in an enlarged book series, and organised more effectively into order of difficulty.

I must admit that I far prefer the presentation here, too, which I think is very classy indeed. Printed on cream paper and to the same well spaced and clean engraving standards enjoyed in other recent Schott publications, the books are saddle stitched, have simple but very attractive covers, and include full CD recordings of all the pieces.

For the first volume, the performer featured on the recording is Vera Sacharowa, who reappears and is joined on the second volume by Wilhelm Omen. These are well produced, and enjoyable to listen to – pupils will find them helpful for self-selecting pieces, and hearing good models of phrasing and style.

The rationale for the first collection is summarised by the authors as follows:

“Volume 1 contains pieces in the five-note range and easy pieces spanning a single octave. Other criteria for selection are simple rhythms and very easy chords. Crossing the thumb underneath, playing several parts together and pedalling are not yet required.” 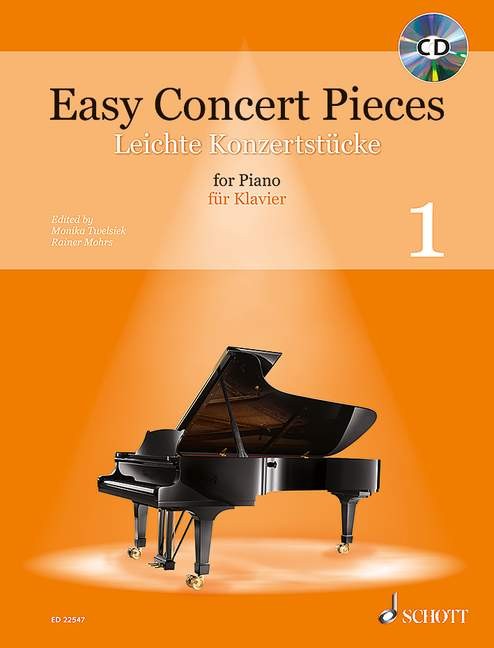 From this description, experienced teachers in the UK will immediately peg this book as a suitable transition between the ABRSM Prep Test and Grade 1 level, and indeed it would perfectly suit students at that level. For even greater clarity, volume 1 is itself split into two halves – the first of which contains only pieces in the five-note range, while the pieces in the second half include different five-note ranges within them, and an easy octave range overall. And the pieces in each half are grouped chronologically, so that the player can dip into pieces from different periods at will.

Looking at the first half of the book, which contains 21 pieces all within five-note ranges, I was immediately struck by the variety and quality on offer here. Just when I thought that I knew all the five-note pieces ever written, along comes this book, providing many which I have previously overlooked, and including gems that I am now eager to teach! It is also worth noting that there is a striking range of keys and hand positions here, underpinning the imaginative range of moods conveyed. Excellent!

The second half of the book moves toward more familiar territory (for this writer at least), with familiar fare such as the Musette in D major from Bach’s Anna Magdalena Notebook, Diabelli’s well-worn Three Little Pieces and Schumann’s A Little Piece from the Album for the Young nestling alongside more recent pieces by Fritz Emonts, Gunter Kretschmer, Barbara Heller, Marianne Magolt and Mike Schoenmehl.

According to the editors:

“Volume 2 contains pieces with an extended range of two octaves. Crossing the thumb under, pedal use, simple polyphony and three- or four-part chords all feature here, as do simple ornaments, playing cantabile and differentiating between melody and accompaniment.”

While it’s fair to say that the pieces in volume 1 aren’t exactly devoid of all these qualities, the music here is definitely a step or two more difficult, and would comfortable suit players (and UK exam syllabi) at Grade 2 to Grade 3 level.

The pieces here are organised in a through format rather than separated by difficulty. Once again, the order of pieces is chronological, so I would suggest teachers and players will want to dip in and out of what’s on offer, using the provided CD as necessary to spot favourites.

This is once again an enjoyable and well-judged selection, and here is the full contents:

As with Easy Concert Pieces 1, the consistency here is very high overall, and I particularly like the fact that these books provide a fairly even spread of material from across the centuries.

No need to beat around the bush: I really like this series!

Put simply, the two books so far both include a really appealing range of pieces in varied styles, beautifully presented and well-edited, and with a well recorded CD as a bonus. The first book contains 50 pieces, the second 48, and each has a recommended retail price of just £11.99, which represents excellent value for what’s included.

I would certainly want to use these books alongside some more contemporary repertoire, but overall I think they are likely to become standard collections used in my own teaching practice in the coming months.

And I can’t wait to see Volume 3 when it comes out!

Find out more and purchase online from Schott Music.