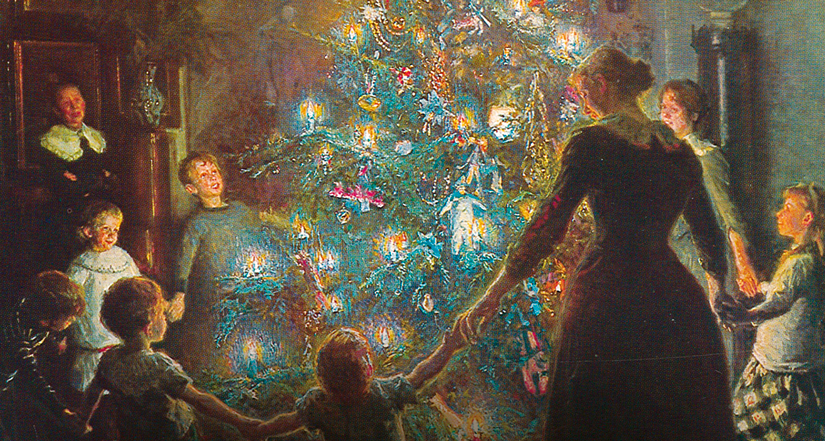 I simply must tell you about Peter Froundjian’s new release for SONY Classical, Christmas Piano Music. It is surely one of the most unusual, but fabulous recordings of the year!

Unusual, because there is hardly a single work on here that will be familiar (many are world premiere recordings). Fabulous because, from top to toe, these neglected works are wonderful and beautifully performed.

It really deserves to be heard in every household this Christmas season!

Most of this music is gloriously obscure, but quite unjustifiably so. I can only say that from the first listen I was astonished by the quality, appeal and consistency of the music here; how extraordinary that these works aren’t widely performed every December!

“By its very nature the piano is not really an instrument that we associate with Christmas. When we think of Yule, we tend to think rather of solo and choral singing, recorders – and the sound of brass and strings – and the organ, especially as there is nothing remotely sacred about the sound of the piano.
The pieces featured here tend, therefore, to be mediations on Christmas music familiar to us from songs and from the sounds of other instruments. They are, as it were, contemplations on the part of the composers in question on the poetical concept of Christmas.”

That Peter Froundjian has unearthed and revived these pieces won’t come as a surprise to those who know him as the founder and director of the internationally renowned Rarities of Piano Festival, which has been a treasured fixture since 1987.

Peter’s detailed programme notes (in German, and with English translation) fill several pages of the CD booklet, and add much value to the purchase (as opposed to streaming the album). He is clearly a scholar whose knowledge of the repertoire reaches to places long overlooked, and this album is testament to the value of his work.

Scanning the list of composers, some might be concerned that one or two pieces might prove to be modernist and unapproachable, but this proves not to be the case. The music here ranges from the Romantic style to Impressionistic. Nor is it bombastic – these are delightful works written more for the salon than the concert hall.

Above all, this music is deliciously festive, conjuring multiple impressions of Christmas tropes, traditions and spirit, and often including references to well-known carols and traditional seasonal melodies. The whole album is, in short, utterly irresistible.

The Performance and Recording

Nor are we in for any disappointment in terms of the recordings.

Froundjian makes a marvellous exponent for these forgotten treasures, clearly relishing in their every detail and committing to their performance without reservation. His sense of colour, timing, and clarity of texture are superb throughout, and there is every sense that this is music he has enjoyed living with, rather than lately unearthed to prove a point.

The recording was made at Deutschlandradio, Studio Britz, Berlin in Jun 2016, a co-production with Deutschlandfunk Kultur, under executive producer Stefan Lang, recording producer Wolfram Neels, recording engineer Henri Thaon and technician Philipp Adelmann. The sound is clean and warm, delivering both expressive and textural detail.

With a total timing of 81”35”, the album pushes right to the outer boundary of technical possibility, generously delivering its rich programme.

The booklet note quotes the German pianist and teacher Walter Georgii’s lament, in his well-known guide to piano repertoire of 1941,

“Our otherwise so abundant repertory is impoverished in one particular respect: its dearth of high-quality Christmas music.”

Peter Froundjian has, I believe, definitively proved otherwise, and it must be hoped that with these fabulous pieces now committed to disc, they will enter the repertoire more prominently. There are undoubtedly many pieces here that I would personally love to perform and teach.

I can warmly recommend this album, and without reservation. Unless you are completely allergic to Christmas, I think you will be truly enchanted!

Christmas Piano Music is now available to stream, and on CD from Sony Classical.