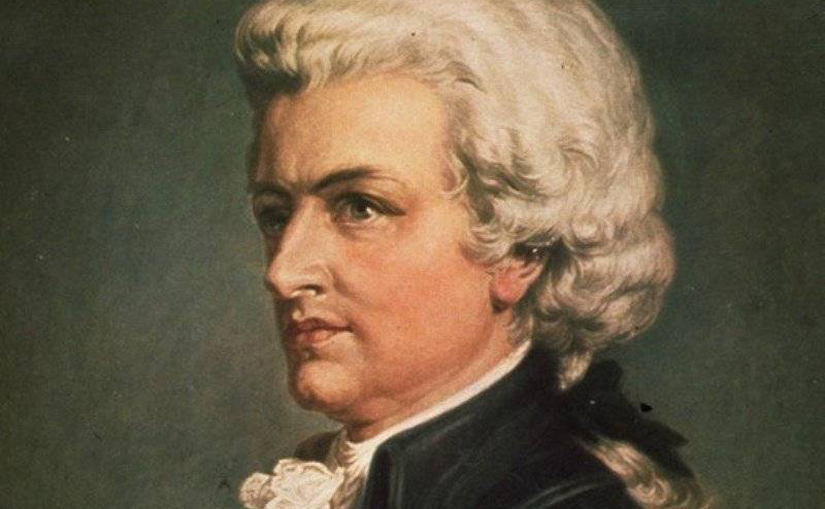 According to an entry in his autograph thematic category,  Wolfgang Amadeus Mozart composed his Piano Concerto in D major (K.537) in the early part of 1788. It therefore dates from long after his series of brilliant public performance of the Viennese piano concertos, which came to an end with the Concerto in C major K.503.

1787 was dominated by the success of Don Giovanni in Prague. Mozart probably composed the Coronation concerto in an attempt to regain his audience’s approval in Vienna.

A surprising feature of this concerto is its number of ‘blank spaces’ which must be faced by Mozart’s biographers, source critics and performers.

It appears that the first performance was arranged at very short notice, much to Mozart’s surprise. It would seem that the Offenbach music publisher, André based the first edition on Mozart’s manuscript, for the autograph contains multiple bars of rests; the left hand of the piano part was left unwritten for large stretches of time where it presumably functioned as an accompaniment.

This new Bärenreiter Urtext edition is based on the Urtext of the New Mozart Edition by Martin Schelhaas. The Preface appears in both German and English, and includes three pages of useful information about the work’s provenance, background and the sources.

There was no sanctioned final version of the work and it therefore has to be reinvented in performance.

The additions published be André should be considered a possible way to present the piece in performance. In this new edition these additions are identified by small print to distinguish them.

The present publisher declares in the preface:

‘’Our mission is to present a reliable musical text; bringing it to life in Mozart’s spirit is the task of the pianist’’

The most immediately striking feature of the publication itself is that it comes in two volumes, one of which contains the soloist’s part as Piano One with orchestral reduction underneath each stave which can be played by a second pianist.

The second volume is for the soloist only and does not include the orchestral reduction, though the bass lines of the tutti sections are included so that one could conduct from the piano.

The layout of the music is very clear and I favour the cream coloured background. The notation itself is very spacious. Suggested fingerings are not included, this is left to the performer, which gives the notation a distinctly less cluttered look. Page turns, in the solo part, are carefully planned.

I fully intend to explore this edition of other Mozart Concertos.

The research, background information, its authenticity  and clarity of appearance, along with the presentation in two volumes and the inclusion of four cadenzas make this publication an outstanding achievement.