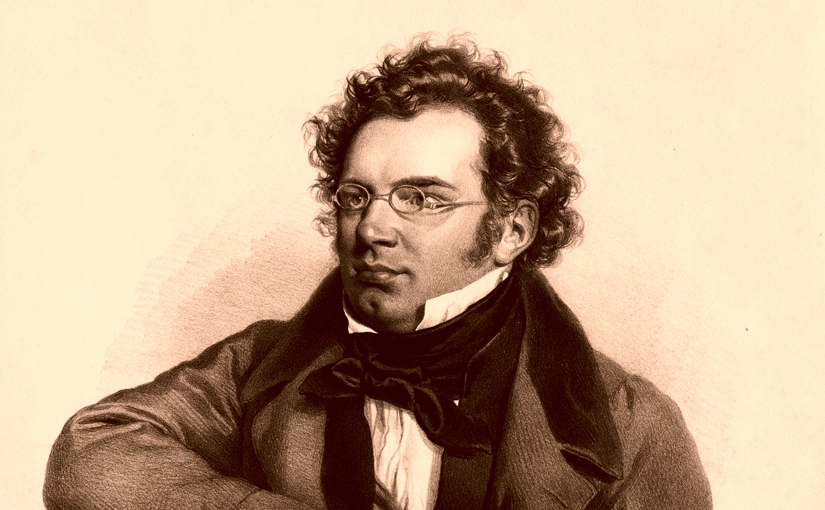 20th March 1989 is embedded in my memory as the evening on which I attended one of the most magical classical piano recitals!

Although I was seated in the balcony, and towards the back of London’s Royal Festival Hall, I could just as well have been sat in the front row, such was the silent rapture of the audience. In semi darkness, lit by just one small lamp, the legendary Sviatoslav Richter quitly took to the stage and opened the recital with the hushed tones of a simple but fully-fleshed G major chord.

At this point in his career, Richter had given up announcing his programme – which didn’t stop tickets for his recitals from selling out within minutes of going on sale. But that opening chord was sufficient to announce to the pianophile audience that we were about to be served a very special musical treat:

In Richter’s hands, this joyous work took on a new dimension – and not least because of his controversially slow interpretation of the first movement, lasting a full 25 minutes (compared to the more usual 15 – in Wilhelm Kempff’s recording this movement lasts just 10’54”, albeit omitting the repeats).

While I love Schubert’s Sonatas as a whole, the G major is perhaps even more dear to me than the others because of this much-treasured memory. So I was delighted when the brand new Bärenreiter Urtext edition dropped onto my door mat for review …

The “Fantasy Sonata” in G major

The “Fantasy Sonata” dates from October 1826, and was published just six months later in 1827 by the Viennese publisher Tobias Haslinger.

While Schubert’s autograph describes the four-movement work as his Sonata IV, Haslinger introduces it as “Fantasy or Sonata”, and it became known as Fantasy from then onwards. But with renewed scholarship and a return to the original sources, the work is, these days once more known as the Sonata in G.

The first reviewer of the Sonata noted that,

“The beloved and talented Lieder composer has presented the music world with a Fantasy in which he lets his inventiveness loose. He presents the pianist with a harmonic indulgence without however amassing too many difficulties to complicate the execution.”

The work is, as mentioned, in four movements which are as follows:

It’s clear from the tempo descriptions that this is, in many ways, a relaxed and reflective piece. The serene and spacious opening of the first movement, Molto moderato e cantabile is contrasted, however, by a more playful second subject, and the Development section includes that sense of drama so characteristic of Schubert’s sonata-form movements.

The gorgeous slow movement is an Andante in 3/8 time, brimming with optimism and replete with the expressive Romantic harmonies of Schubert’s late work. Schubert’s original beginning and ending vary considerably to the final autograph, and Bärenreiter have taken the step of providing these early sketches as a download via their website (scroll down to PDF links here).

The Menuett is a far cry from the courtly elegance of Haydn and Mozart – here there is drama aplenty, and though the movement retains the basic rhythm of the dance, the mood is far more stormy than might be expected. The wistful Trio meanwhile beautifully contrasts the outbursts of the Menuett itself.

The sunny Finale, Allegretto, is a Rondo with two episodes, a lengthy movement which takes its time to fully unfurl, but in doing so builds on the unassuming opening theme with gusto and imagination, before giving way to a short ‘un poco piú lento’ Coda – which marvellously mirrors the serenity of the Sonata’s opening bars.

There is a unity of mood and purpose underlying this enormous Fantasy Sonata which perhaps informed Schumann’s view that this is Schubert’s ”most perfect Sonata in form and spirit”.

Bärenreiter’s fresh publication of this great work is, in their own words, a “scholarly-critical Urtext edition” which appears as part of their ongoing presentation of the definitive New Schubert Edition, edited by Walburga Litschauer.

For this edition, the music itself is newly and more spaciously engraved. This was particularly noticeable coming from the Henle Urtext edition which I have used for many years – in particular the second movement has far greater clarity in this Bärenreiter engraving.

Litschauer’s exemplary (if dry) Preface is included in German and English, as are the more highly useful Notes on Performance Practice by Mario Aschauer.

The latter is a five-page essay including helpful information and suggestions about touch, legato, staccato, portato, accents, dynamics, and embellishments. I found the detailed discussion of pedalling in Schubert’ piano music particularly illuminating, as are the insights into this composer’s characteristic way of writing accents.

The score itself cites sources for the included ornaments, in particular noting that while some embellishments are included in Schubert’s autograph, ”the deletion of them in the first edition probably stems from Schubert.”

Rounding off the publication itself, there is inevitably a scholarly critical commentary. As mentioned earlier, Bärenreiter have also generously provided Schubert’s sketches for his original slow movement via their website.

I am grateful that this beautifully presented edition of the Fantasy Sonata has given me a fresh opportunity to explore such a magnificent work – and with this Bärenreiter edition to hand, it becomes still more enticing.

The Fantasy Sonata must surely be among Schubert’s greatest piano works, and one of the more accessible of the later Sonatas. And whether for studying or performing this masterpiece, this new edition from Bärenreiter is undoubtedly the one to own!