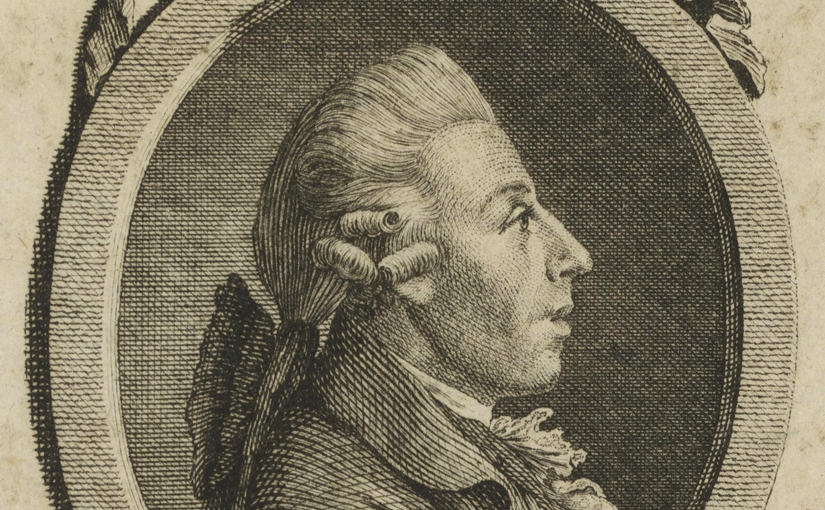 I often remind pupils and friends that the piano repertoire is an extraordinary treasury, and one which after several lifetimes of exploration would still yield up new gems and discoveries.

As if to prove the point, when I returned from a recent break in Moniaive I was surprised and delighted to see – among the packages awaiting me back at home – a splendid hardbound volume of piano music by Christian Gottlob Neefe (1748-1798), submitted for possible review by distributer Universal Edition on behalf of publisher Edition Dohr Köln.

Neefe’s name might be recognised by some as the composer of a charming Menuetto featured in ABRSM Grade 1 piano a few years ago.

But those who search the more distant recesses of their memories may recall mentioning him in their school-day essays about Beethoven; Neefe was young Ludwig’s principal piano teacher in Bonn.

As such, Neefe’s own compositions surely played a significant role in the latter’s music education, and thus attract peculiar interest. To what extent does his music inform Beethoven’s – and stand as a precursor to it?

Furthermore, as Beethoven’s piano teacher, Neefe himself joins the pianist lineage of those many of us who have traced our teaching line back to Liszt, Beethoven and beyond. This again adds personal resonance, however vague, in discovering his music.

So join me, and let’s find out more …

Edition Dohr’s publication Christian Gottlob Neefe: Klavierwerke Band 2 is the 33rd volume in their ongoing series Denkmäler Rheinischer Musik (Monuments of Rheinish Music). The series is listed towards the rear of the book and stands at 45 projected volumes so far, prominently featuring the music of Cornelius Burgh, Norbert Burgmüller (not to be confused with J.F.F.), Johann Wilhelm Wilms, Carl Leibl, Ferdinand Ries, Bernhard Klein, and various lesser-known figures.

Several volumes are given over to the music of Christian Gottlob Neefe, including three volumes of keyboard concerti, and three of solo piano/keyboard music.

The presentation is sober. The book has a sturdy hardback cover, high quality light cream paper inside, several pages of text (sadly in German only), and no pictures.

After the highly informative Vorwort, the music itself takes up more than 100 pages. Engraving is superb, and the score is well-spaced and clearly presented throughout.

Reinforcing the point that this is a highly specialist library-quality publication, it retails at the eye-watering price of £107.95.

A particularly pleasant surprise is that stuck to the inside rear cover, there is a full-length CD recording of the music’s editor, Oliver Drechsel, performing some (not all) of the included works on a delightful reproduction (J.C. Newport, 2007) of a fortepiano by Johann Jakob Könnicke (1796).

At the risk of sounding lazy or shallow, the CD really is a boon; listening to these outstanding performances – as expressive as they are authentic – really caught my attention and ignited my enthusiasm for exploring the publication further.

Before taking a closer look at the music itself, a few words about the interesting life of the composer.

Christian Gottlob Neefe was born in Chemnitz, Saxony, the son of a tailor. He studied music initially as a choirboy at the municipal school.

He later continued his training with composer Johann Adam Hiller, the creator of the singspiel (a form of German comic opera). From his writings, it is clear that Neefe had a huge regard for Hiller, not just as a composer and teacher, but as a friend and mentor.

As a youngster, Neefe had suffered from rickets, which permanently affected his bones and left him (by his own admission) a lifelong hypochondriac. Reading his short but fascinating autobiography it seems clear that Neefe also suffered from low confidence, acute anxiety and severe depression. As he puts it,

“…even at the sight of blue skies I only saw rain … I was plagued by thoughts of suicide … the most terrible fear went with me everywhere, and in my mind even the smallest sand hill turned into an insurmountable mountain.”

His teacher, the composer Hiller, was similarly afflicted – a point which Neefe suggests served to strengthen their bond.

Neefe went on to pursue his career as an organist, composer, and teacher, settling in Bonn in 1779. Also – trivia alert! – he apparently became prefect of the local chapter of the Illuminati there.

By this time, Neefe had already composed many of his solo keyboard works, including the Twelve Sonatas (1773), a modern edition of which is already available in the same series from Edition Dohr, and which have recently been recorded by Susan Kagan for Naxos/Grand Piano label. Neefe also composed several concerti, singspiel and vocal works, the most successful of which was his “Adelheit von Veltheim” (1780).

The composer first met the young Beethoven when the latter was 8 years old. The bond between teacher and student was clearly a strong one – Neefe perhaps to some extent substituting for Beethoven’s alcoholic father as a paternal figure.

In terms of music education, Neefe introduced his protegé to J.S. Bach’s Well-Tempered Klavier, as well as to the music of C.P.E. Bach and Mozart. And it was Neefe who recognised the prodigious talent of his young student, arranging for Beethoven’s earliest compositions to be published, the “9 Variations on a March by Dressler” for piano (1782) and three early piano sonatas (1783).

Their friendship continued after Beethoven moved to Vienna in 1792 to study with Haydn. Disillusioned with the latter, Beethoven wrote back to Neefe:

“If I ever amount to anything, I shall owe it to you…”

But within just a few years, Neefe passed away from pneumonia, a few days before his 50th birthday. How sad that he did not live long enough to see his student take Vienna – and subsequently the world – by storm.

The works featured in this new publication are:

•  Variations on a well-known Arioso

Neefe’s career as a composer bridged the transition between the Baroque style and the emerging Classical style, a time when C.P.E. Bach was the leading German composer, and coinciding with the rise of the popular Empfindsamer Still (or “sensitive style”) which aimed to express “true and natural” feelings, often featuring dramatic contrasts of mood.

All but one of the Sonatas is in three movements: a moderato first movement in binary form (sometimes with slow introduction) followed by a lyrical slower movement, and finally a dance (such as the Minuet). The first Sonata here has four movements, with an additional fast third movement.

The opening movements in particular show the influence of the “sensitive style”, with contrasting moods pointing towards the emerging taste. The binary structures are simple, however, and show little anticipation of the more advanced “sonata form” that would soon dominate instrumental works.

The sets of Variations in this collection show considerable invention, and are technically assured works. These pieces offer a fascinating snapshot of emerging keyboard writing. The Variations on the well-known Arioso, for example, are rooted in established Baroque writing, while the later Variations on Mozart’s March of the Priests from The Magic Flute are more firmly classical.

In many ways they offer a distillation of keyboard writing developments from the period, exploring the many decorous figurations which C.P.E. Bach in particular had developed, building on the language of harpsichord music while highlighting the expressive potential of the popular clavichord and emerging fortepiano.

The most ambitious work here is perhaps – paradoxically – the most old school: the Fantasia in F minor is a tremendous piece which very much recalls C.P.E. Bach’s hugely popular Fantasias, but was written towards the end of Neefe’s life in 1797. This is an expansive and dramatic work, held together with masterful pacing.

The Encyclopaedia Brittanica rather dismissively states that,

“…somewhat limited as a musician, Neefe was nonetheless a man of high ideals and wide culture”

These works confirm that the latter is certainly true – these pieces show acute awareness of the stylistic and cultural developments of the day, and are at the very least noble efforts at composing significant and expressive music.

But I rather feel we can upgrade our assessment, and state with some confidence that Neefe was a truly talented composer, a gifted melodist, and that these keyboard works are worthy additions to the performing repertoire – and not just to the university library!

In particular, I really enjoyed playing through the Sonatas, which are quite simply delightful; these are memorable pieces, both to play and to listen to.

Of course nobody would claim that Neefe is the equal to his illustrious contemporaries C.P.E. Bach, Haydn or Mozart, nor that his music is as forward-looking as theirs, regardless of Beethoven’s high view of him as a teacher. But given that high opinion, it is surely surprising that greater interest has not previously been taken in Neefe’s own work.

Oliver Drechsel has done us – and the music – a significant service in bringing it back into the public eye; both as a music editor and as a performer on the included CD recording, his commitment to Neefe shines as a labour of love. One must hope that his efforts will lead to an enlivened interest in this sorely under-valued composer.

When combined with the superb publishing effort of Edition Dohr, this publication is a quite magnificent achievement.

Pianodao is FREE to all, but funded with the help of reader donations.
Supporters enjoy extra benefits by joining The Pianodao Tea Room.

One thought on “All About Neefe”