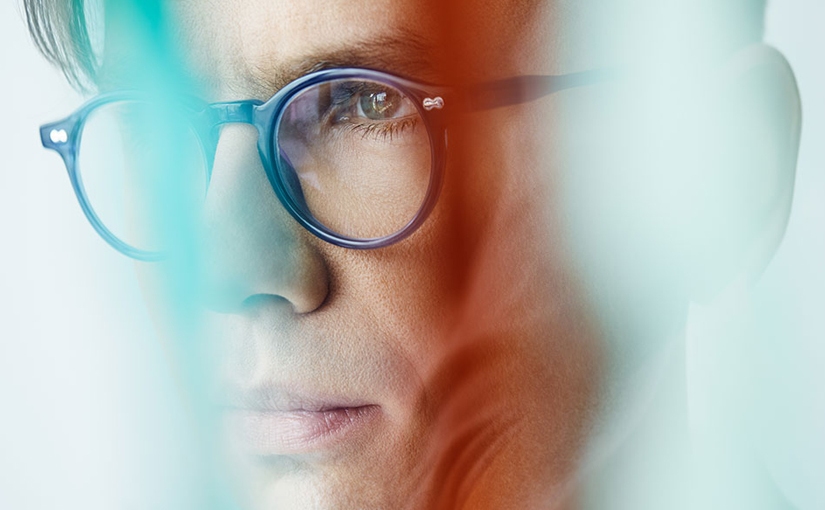 For a second month in a row, my piano recording of the month choice comes from the fingers of a young player whose playing I did not immediately warm to, but who has more recently completely won me over.

Víkingur Ólafsson’s DG debut recording focused on the music of Philip Glass, while for his award-winning follow-up he turned to Bach, mixing the composer’s originals with transcriptions and various reworkings. The Icelandic pianist proved his mettle with an ultra-crystalline approach and technique that dazzled critics and music-lovers alike; but it left me just a little cold.

Ólafsson’s latest offering, bringing together a joyous collection of pieces by the French baroque master Jean-Philippe Rameau (1683-1764) interspersed and offset with an eclectic set of beloved and lesser-known pieces by Claude Debussy (1862-1918), is the clincher.

A disc replete with musical marvels, Ólafsson’s album of French keyboard wizardry is revelatory in its insights and deserves the highest plaudits…

In his insightful booklet note, Ólafsson makes much of the links between these two seemingly disparate composers:

“Curiously the more time I spent with Rameau’s keyboard music, the more my mind wandered to Debussy and the seemingly unlikely affinity of that revolutionary, who openly disregarded tradition and denounced all musical rules except the law of pleasure, to the founding father of French music theory and pedagogy. Upon closer inspection, I found that being a revolutionary is one of the very things the two had in common. Despite very different historical circumstances, both possessed a rare kind of relentless, intellectual independence – the kind that shifts paradigms…
Side by side, their keyboard works allow us to revel in the delightful paradoxes of great music: the wild progressiveness of Rameau is illuminated by Debussy’s historically informed sense of detail and proportion – and vice versa.”

Ólafsson weaves a programme comprising the music of each composer intertwined, the opening La Damoiselle élue: Prelude by Debussy segueing directly into Rameau’s Pièces de clavecin of 1724, whose six pieces lead back to Debussy’s Jardins sous la pluie, and so on.

The 28 pieces that make up the recording culminate, with logical inevitability, with Debussy’s Hommage à Rameau (from Images Book 1), a piece about which he notes,

“Apart from being a Sarabande in form, the connection of the music itself to that of Rameau is wonderfully elusive, if present at all. And why should that be a surprise?”

Indeed. Because by this point the affinity between these two great French keyboard composers has been intangibly established, the disc as a whole supremely enjoyable as a single artistic statement in which the conversation of two personalities has become inextricably entwined.

Can we ever again hear Debussy without remembering Rameau, his friend across time? And will we ever again approach the latter’s music without recalling the gallic charm and colour that pervaded all subsequent French keyboard writing?

From the reverent poise afforded to the opening chords of the seldom-performed La Damoiselle élue to the sparkling panache of that brilliant toccata Jardins sous la pluie, and from the insouciant charm of Serenade for the Doll to the calm beauty of La Fille aux cheveux de lin, Ólafsson gives us Debussy playing of the absolute highest order.

Des pas sur la neige (from Preludes I) is tender in Ólafsson’s adept hands, searching, redolent yet simple in its delivery, while in Ondine (from Preludes II) Debussy’s effervescent flourishes are superbly articulated, underpinned by effortlessly weighted chord voicing to superb effect.

Meanwhile, in counterpoint, Ólafsson’s dynamic shading and pedalling in the Rameau pieces is hardly authentic in an academic sense, but is surely true to the character and personality of this music. This may be Rameau for our time, but it is still identifiably and irresistibly Rameau.

The pianist declares Rameau second only to Bach of all the baroque keyboard composers; his enthusiastic exposition here is certainly persuasive. The faster movements have an incandescent charm, while the dance movements are conveyed with a wonderful sense of poise and beautiful elegance.

Indeed, it is by using the modern piano to convey a musical argument for each of these two historical composers that Ólafsson so deftly draws out their affinity, each of their unique personalities wholly intact, but both clearly drawn and sculpted from the same foundational soil.

The central pivot of the recital is The Arts and the Hours, Ólafsson’s own striking and highly personal transcription of an interlude from Rameau’s 1763 opera Les Boréades, owing as much to the sonorous pianism of Debussy’s writing as it does to the original work.

Deutsche Grammophon’s CD arrives in a cardboard gatefold sleeve with a deliciously embossed cover image that evokes the school art room with its paint splurges, representative both of the composers’ colorific idiom and the pianist’s own synesthesia.

The sound recording (engineered, mixed and mastered by Christopher Tarnow) was made in Reykjavík’s Harpa Concert Hall in August 2019. It has exemplary clarity, presence, and is tastefully reverberant.

The 28-page booklet includes a detailed and hugely intelligent note by the pianist, appearing in English and German.

Much as I now better understand the hype surrounding Ólafsson’s previous discs, this is for me by far his most astounding yet, the French masterworks here not only revelatory in their mutual juxtaposition, but also showcasing another immediately compelling facet of the performer himself.

Whether or not you are a fan of Ólafsson, or indeed the keyboard works of Debussy and Rameau, becomes moot; this disc seems to me the definitive proof of the extraordinary alchemy that can occur when composers and musicians blend and reanimate to produce a freshly unique work of art. Stunning.