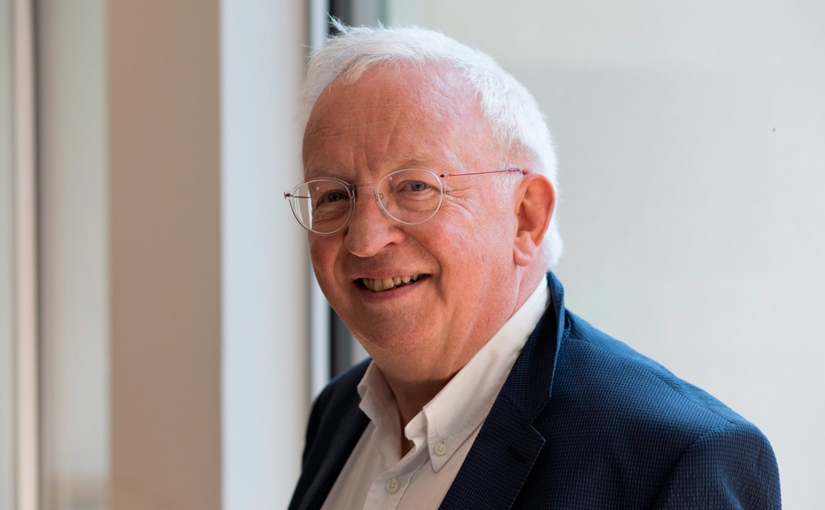 There have been several remarkable piano recordings in the last month, but as regular readers will know I always particularly enjoy releases which expand our knowledge of the repertoire and take us on a journey of musical discovery.

Murray McLachlan’s latest release (and his first for Naxos) is a notable example, delivering a complete overview of the solo piano music of contemporary composer Edward Gregson.

Gregson (b. 1945) was a student of Alan Bush (who, incidentally, I met and played for as a teenager); like his teacher, Gregson combines modernity with irrepressible harmonic logic in his music, and it has a uniformly accessible appeal.

Though perhaps chiefly known for his music for brass and wind, this new recording reveals that Gregson’s piano compositions very much come from his “top drawer”, and deserve a far wider uptake.

For his part, McLachlan has added to an already raucously adventurous discography a recording which reaffirms, should we need reminding, that his name belongs in the first division of British artists. So let’s explore this intriguing and fabulously enjoyable album…

Although the music of a single composer, the works on this album show a diversity of style and approach, the music drawn from Gregson’s long career:

An Album for my friends makes for a hugely appealing opening set, with ten pieces dedicated to the composer’s friends, organised somewhat in the manner of a Baroque Suite with added alliteration: Paul’s Prelude, Adam’s Allemande, Clare’s Courante, and so on.

These striking pieces often incorporate contrapuntal writing alongside their homage to the dance forms of an earlier time, their delicious pianism adding to their immediacy and charisma.

The Three Études of 2020 are fresh additions to Gregson’s oeuvre, the first a joyous bravura piece with an emphasis on jagged rhythms, the second a more reflective exploration of piano sonority and harmonic evolution, the third a more cinematic composition, again highly rhythmic with hints of jazz harmony and latin grooves.

The Lullaby of 1965 dates from Gregson’s student years and was apparently composed for his neice. The piece alludes to the nursery song See Saw Margery Daw and is a gentle and endearing miniature.

A Song for Sue is another early piece, an engagement present for his wife-to-be. Here the lush romanticism and expansive harmonies with light-bluesy touches lend the piece the cinematic colours of Maurice Jarré’s best scores, or even (the later) John Barry. Here the composer himself usurps McLachlan to take to the piano stool, and proves to be an effective performer of this gorgeous music.

The Four Pictures of 1982 blend a more acerbic modernism with charmingly innocent melodic interludes, a reminder that the pieces were composed for Gregson’s sons. For these pieces, McLachlan is joined by his daughter Rose and they make a fine duo.

The language of the Six Little Pieces (1982/1993) has a still more austere aesthetic, each musical nugget led by its angular melodic contours. With a title that evokes Schoenberg, McLachlan’s booklet suggestion that these marvellous miniatures resemble compositional “laboratory studies” rings true, but as a whole they are no less musically satisfying.

Meanwhile Friday a.m., written the previous year, has a far warmer vibe to it, with jazzy inflections and even a hazy hint of Rachmaninov; the contrast with the preceding miniatures is a gorgeous one.

One perhaps expects any composer approaching the hallowed ground of the Piano Sonata to tread carefully and serve up their most considered work; Gregson’s Sonata is dedicated to Michael Tippett (a master of the form, lest we forget), and to some extent copies the approach in the latter’s Second Sonata. This tremendous concert work brings McLachlan’s disc to a superb and stunning conclusion, the moving final bars of the Sonata seemingly dissolving in resignation.

According to pianist McLachlan,

“Edward Gregson’s piano music makes a striking impression. Here is a composer who totally understands the instrument, its possibilities and its nature. Throughout the impressive range of moods and forms employed, Gregson’s consummate professionalism shines through. He knows the importance of restraint and control; nothing is overly stated, repeated or extended. The concentration and craftsmanship permeates every bar that the composers has penned.”

If McLachlan has much to tell us about this music in his erudite and extremely helpful booklet note, sat at the piano he becomes the perfect exponent of this varied and characterful repertoire.

The most technically challenging and virtuosic passages are made to sound easy here, while the contrast between the lyrically sumptuous and the more rhythmically dynamic writing is fully exposed in McLachlan’s concerted and attuned playing.

The recording took place in January 2020 on McLachlan’s home turf, the Stoller Hall, attached to Manchester’s Chetham’s Music School, where he is Head of Piano.

Edward Gregson produced the album himself, assisted by engineer Ben Sharpe. The piano sound is bright, the acoustic reverberant, and every detail is brought to life in this very live-sounding recording.

The piano music of Edward Gregson is clearly a brilliant body of work that deserves wider exploration. There’s a consistency and appeal here that marks his out as one of the remarkable piano composers of our times.

Meanwhile, this is a fine Naxos debut for McLachlan, and not forgetting his daughter Rose. Let’s hope this is a recording partnership which will continue to bear fruit!

This is, in short, a landmark release and not to be overlooked.

PIANODAO  is free to access and ad-free thanks to the support of
readers who show their appreciation with an occasional DONATION.
Supporters are welcome to join THE TEA ROOM community,