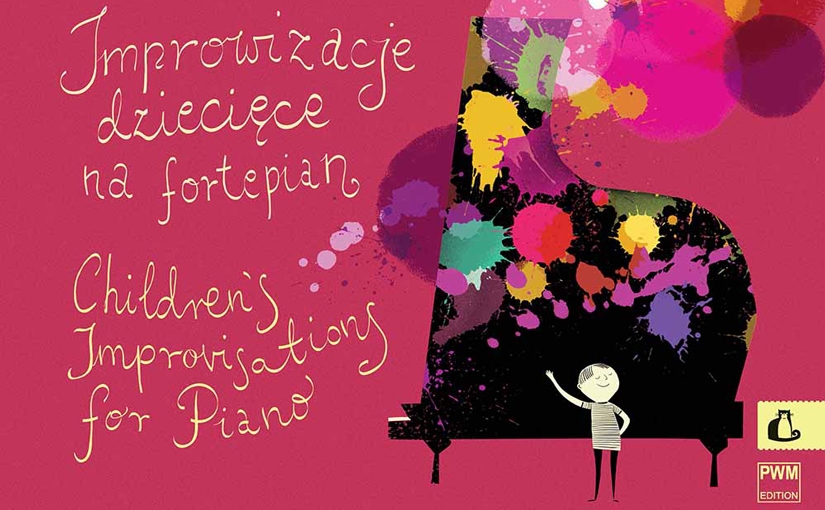 MUSIC FROM CHOPIN’S LAND
In 2020, I was commissioned by PWM Edition to record five films showcasing Polish piano music. I was captivated by new musical discoveries, asked to see a wider selection, and have subsequently continued to independently review and introduce this repertoire to Pianodao readers…

Of the many excellent educational books in the PWM Edition “cat” range for young learners, Julius Łuciuk’s Children’s Improvisations for Piano is one of the most striking in every sense, from the stunning cover to the extraordinary music within.

In this article I will introduce the book, as well as including the PWM tutorial video featuring my French colleague and friend Ernestine Bluteau (with English subtitles).

One of the leading Polish composers of his generation though too-little known outside his homeland, Juliusz Łuciuk (1927-2020) was particularly active as a composer of vocal and choral music between the 1950-90’s.

A student of Nadia Boulanger, Max Deutsch and Olivier Messiaen, Łuciuk was an experimental pioneer who later turned to “neotonic” composition. A significant body of his works have religious themes.

PWM Edition published three significant piano works of his in the 1960’s: the Lirica de timbri in 1963 which includes five compositions for prepared piano (performed by striking the piano strings with drum sticks), 4 Sonatine of 1966-9, which begin tonally and move through chromaticism increasingly into dissonance, and preceding these the Children’s Improvisations in 1962.

The Children’s Improvisations for Piano collection certainly provides a striking introduction to atonality, dissonant modernism, experimental music and aleatoric technique. It is suitable for intermediate players (around UK Grades 3-4), but could be used/adapted with young players of any level.

The eight pieces are each one page long, offering the player a few musical cells and in some (but not all) cases, instructions as to the performance.

Integral to their appeal are the titles, which will have obvious resonance for children today as much as they did in the 1960’s:

But whereas such titles are common elsewhere as the basis for interpreting a composer’s written music, here they provide personal impetus for the child to engage with and explore the music on their own terms, using pure imagination.

As mentioned in my introduction, the cover to this PWM Edition (the work of the ever-brilliant Joanna Rusinek) is truly stunning, without doubt one of the most inviting music books I’ve ever seen:

The book within is printed on cream paper and is 12 pages long, presented in landscape format. Each two-page spread includes the bones of two compositions together with their corresponding performance instructions. In most cases there is also a cute pencil drawing.

The wonderful presentation here will surely inspire the curiosity of any learner, whether young or old, but the music within needs more unpacking than usual…

With that in mind I strongly recommend you watch PWM’s excellent tutorial video in which Ernestine Bluteau explains and vividly brings this music to life. For English subtitles click on the “CC” icon once the video starts:

And here are some performances to enjoy, starting with A Mysterious Waterfall:

And now An Evening Party of Birds:

Having watched the video, it becomes clearer that any one of these pieces could be taught within a lesson, perhaps as an occasional diversion from other music, in so-doing introducing the student to another rich seam of music.

As Maurice Hinson and Wesley Roberts write in their benchmark book Guide to the Pianist’s Repertoire,

“Many young pupils are more ready for this type of music than are their teachers.”

Why not put their theory to the test?