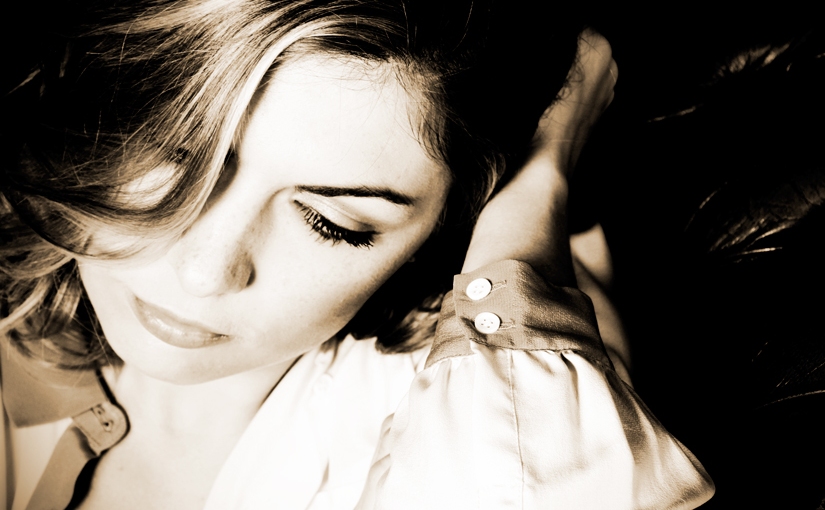 Products featured on Pianodao are selected for review by ANDREW EALES.
When you purchase using the site’s retail links, Pianodao may earn a small commission without affecting the price you pay.

Cordelia Williams’ dual interests are quickly uncovered by the discovery that she was not only the Piano Winner of the BBC Young Musician of the Year 2006, since when she has embarked on a globetrotting performing and recording career, but that she has also has a First in Theology from Clare College, Cambridge.

Williams’ pianism and spiritual enquiry share the focus of Nightlight, her fourth solo piano disc for SOMM Recordings, and Pianodao’s August 2021 Recording of the Month…

Dark night of the soul

Explaining the momentum behind this new recording she confides,

“The idea for this recording and its repertoire came to me over several years. It formed itself during the countless hazy hours I spent awake with two newborn sons. This recording is dedicated to the many people who, for whatever reason, feel alone in the darkness. To those who experience despair or sublime melancholy during the hours before the dawn, who are searching for solace, peace or impossible hope. To anyone lost who is waiting to be found by the light”.

In her thought-provoking booklet note, Williams goes on to draw fragile parallels between the ‘dark night of the soul’ from St John of the Cross’s 1570’s poem and her sense of loneliness on those many dark nights as a young mother caring for her two infant boys. She tells us,

“The music recorded here sees our loneliness and darkness, recognises and validates those unutterable feelings, and reaches out a hand of consolation.”

That music is certainly one of the most superbly balanced, involving and profound programmes I have come across in a long while:

Here’s a list of pieces which clearly resonate with the performer, each of which are also among the most intimate personal and poetic utterances of their respective composers.

Inspiring though the programme here is, it would mean little were it not for Williams’ superlative performances. Miraculously, she not only shines a new and perceptive light on each of these works, but equally illuminates the emotional logic which binds them together.

The classicism of Mozart and Schubert, romanticism of Liszt and Schumann, exoticism of Scriabin, purity of Tomkins and ecstatic whimsy of Evans are seemingly disparate yet here they emerge as one from the performer’s soul: the warm intimacy and personal identification of Williams providing the glue that unifies, each piece seamlessly and inevitably flowing from the last.

Williams’ take on Mozart’s popular Fantasia in D minor is remarkable for its poise and pacing, which focus more on its brooding drama than on its humorous potential. Further underscoring the sombre mood, she replaces the usual throwaway ending with a recapitulation of the opening broken chord section, albeit now reworked to ultimately wend its way to the tonic major key.

Scriabin’s Sonata-Fantasy is a tumultuous and somewhat unsettling work, cast in late-romantic tones that hark back to Schumann and Chopin while imbibing the heady chromaticism that dominated the musical landscape by the turn of the twentieth century, the time of its composition.

Of this two-movement work, the composer wrote,

“The first section represents the quiet of a southern night on the seashore; the development is the dark agitation of the deep, deep, sea. The E major middle section shows caressing moonlight coming up after the first darkness of night. The second movement represents the vast expanse of ocean in stormy agitation”.

Williams’ interpretation doesn’t displace Marc-André Hamelin from the top spot in this repertoire, but certainly offers an interesting and compelling alternative. Her reading of the first movement takes fewer risks, but in doing so reveals the architecture of the composition with greater clarity. Her Presto second movement is less flashily virtuosic than Hamelin’s but has a clarity of touch and texture which can only be described as exceptional.

Liszt’s first two Consolations, though less ubiquitous than the D flat major third, have steadily grown in popularity in recent years, not least because they are among the composer’s more approachable works for the player. The first is little more than a short prelude to the set (of six Consolations altogether), and as is often the case the second (a beautiful nocturne if ever there was one!) follows here without any break. Both pieces are in the key of E major, perhaps further anchoring them to the Scriabin which precedes them here.

“Composed in the last months of his all too short life before dying at the age of 31 in the autumn of 1828, Schubert’s Piano Sonata in C minor D958 was the first of his three late, defining works for the keyboard. As such it accrues a certain poignancy to itself, one underlined by Schubert’s belatedly unabashed embracing of the Beethovenian model he had spent so much of his life’s work trying to disguise.”

Without doubt one of Schubert’s most anguished outpourings, the Sonata has four movements, and at 28’09” is the centrepiece of Williams’ recital. She faces the stiffest of competition in this repertoire, and most pianophiles will already have a favoured performance that they treasure above all others.

For my money, Williams earns her place on the top tier, with a performance that again impresses with its clarity of thought, musical line and architecture. In short, she makes sense of music that quickly baffles a less perceptive musician.

Thomas Tomkins was the last of the great English virginalists who spanned the Elizabethan and Jacobean age. In 1626 Tomkins composed the music for the coronation of King Charles I, and some two decades later in 1649 he reflected on the execution of that same King with this most poignant of laments, Sad Pavan for these Distracted Times.

That Williams so seamlessly transitions into this music following the closing bars of the Schubert Sonata is not simply a masterstroke: it is emblematic of an artist who has herself found the light within the darkness, and risen above the distraction.

The piece will be new to most listeners, and it is perhaps its contemporary freshness which is most striking here. Undoubtedly, it gains resonance coming as it does a year and a half into a global pandemic. Distracted times indeed.

Brilliance follows brilliance: Bill Evans’ Peace Piece is a jazz classic which has seamlessly transited into the classical repertoire of late, the stillness evoked by its static foundation and evolving reflections reminiscent of a latter-day Chopin Berceuse. Following as it does the glassy reflection of Thomas Tomkins, this is a warm treasure that invites us into the deepest of pools.

Schumann’s Gesänge der Frühe (Songs of Dawn) is (as was Schubert’s C minor Sonata) one its composers final masterpieces, a cycle of five piano solo miniatures which seem to dance in the no-man’s land between the composer’s established romanticism and the mania which was steadily, and for the last of many times, enveloping his inner life.

Here, the pieces seem valedictory indeed. As Williams herself writes,

“The recording “finds” itself in Schumann’s Songs of Dawn: shimmering hope, glory just beyond the horizon.”

Nightlight was recorded under the direction of producer Siva Oke at Turner Sims, Southampton, on December 11-12, 2020. If memory serves, the UK was emerging from its second national lockdown, contemplating a Christmas defined by restriction, tiers and ‘bubbles’ rather than baubles.

The Steinway Model D Concert Grand is captured by recording engineer Paul Arden-Taylor with an admirable mix of depth, warmth and intimacy. Perfection!

2021 continues to deliver some sublime and seemingly perfect piano recordings; those of us who love the repertoire are presently spoilt for choice.

And yet Cordelia Williams’ Nightlight proved an easy choice for this month’s Recording of the Month, the heavenly mixture of sensational repertoire and outstanding playing rising above the noise: this truly marvellous recording simply has to be heard.

Recordings of the Month: October 2022

Recordings of the Month: September 2022