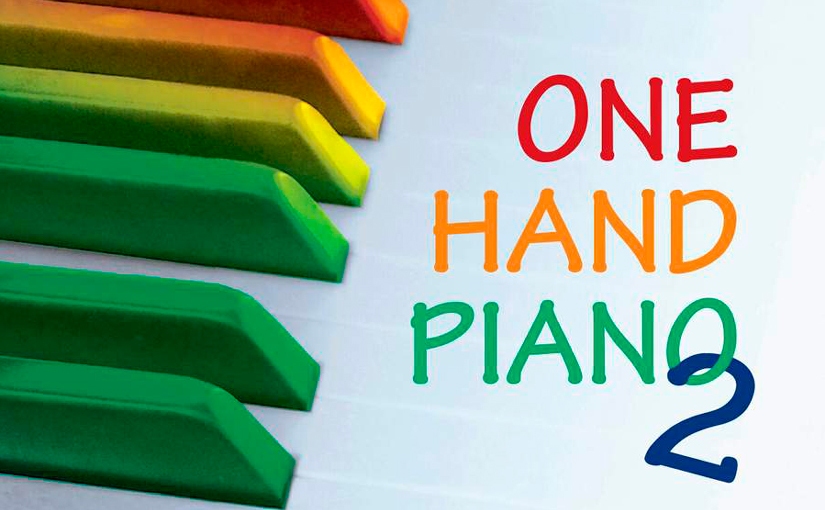 The Pianodao Music Library includes several collections by educator and composer Barbara Arens, and regular readers will know I am a fan.

It has been a little while since she last brought us a new collection with a major publishing house, so I am delighted to be reviewing her latest from the world’s oldest music publisher Breitkopf and Hārtel, who are also the company with whom she has the longest history.

One Hand Piano 2 is the sequel to One Hand Piano, Arens’ only Breitkopf publication not previously reviewed on Pianodao, so I am going to make the most of the opportunity to review both books here. Each volume contains 40 pieces for Left or Right hand alone, and as she so often does, Arens has identified a niche and brilliantly filled it…

Introducing the first One Hand Piano collection (which came out in 2013), Arens asked her readers,

“All piano teachers have been confronted with this situation: a pupil sprains his wrist, breaks his arm – four, six, even eight long weeks he won’t be able to play a note. The piano lessons must go on – but how? What can one do with just one hand?”

Noting that the famous one hand works by Ravel, Hindemith, Britten and others who composed for the pianist Paul Wittgenstein were exclusively virtuoso showpieces devised for the left hand, Arens set about researching the demand for easier pieces and music suitable for either hand, in the process discovering considerable interest.

Requests poured in not only from teachers working with temporarily injured children, but from adults who had suffered a stroke, lost the use of one arm through injury or other disability, forcing them to play permanently with one hand. And as Arens adroitly points out, one-handed pieces are actually a valuable bonus for the daily practice of all pianists.

Over the period of a few years, Arens composed a body of music suitable for the one-handed player, finding this rather niche genre a stimulus for her own creativity as a composer, and resulting in her first book.

The 40 pieces which make up One Hand Piano are predominantly original compositions, although Arens also included ingenious arrangements of a few classic melodies such as Scarborough Fair, a clever piano-bar rendition of Somewhere over the Rainbow, and the ever-enjoyable Bat Waltz from Johann Strauss II’s Die Fledermaus.

The original pieces underline Arens’s skill at assimilating musical style while retaining individuality, several pieces being in the relaxed contemporary vein that underpins her music elsewhere, while some are more overtly jazzy (easily identified with titles such as Rock ’n’ Jump, Black ’n’ Blue, Ambidextrous Blues…) and classical pastiches, including the deft Seven Variations on “Le Forze d’Hercole”.

The pieces are organised in the book with the easiest first, and quickly build in difficulty so that even the more advanced player will find them sometimes challenging. Overall there is sufficient material for players at many levels, but late-intermediate to early-advanced players will find themselves particularly well catered for.

For ease of reading, most pieces are scored on two staves, treble and bass, although those with a more limited note range are written on just the one. In either case, Arens labels all the pieces with L for left hand, R for right hand, or R/L for pieces where either hand can manage alone.

Introducing the sequel, Breitkopf tell us,

”The great popularity of One Hand Piano has encouraged Barbara Arens to produce a further collection of pieces for left or right hand alone. The 40 pieces are playful, lyrical, haunting or romantic; in tango, waltz, or gavotte dance rhythms, in rock, Celtic, jazz and film music styles…”

Arens says in her preface that she felt inspired, almost as soon as the first book was published, to continue exploring the format in her own composing, as well as exploring the archives for one-handed keyboard music of earlier composers, of whom this collection includes C.P.E. Bach, Vogler, Farinelli, Mandyczewski and Sartorio.

Ever the willing collaborator, Arens has also included four new pieces by other composer friends of hers, telling us,

”What makes this collection really special is having pieces written by some wonderful contemporary composers! Garreth Brooke, Alison Mathews and Clemens Christian Poetzsch each wrote a piece specially for this book, and Nikolas Sideris kindly allowed me to include his beautiful ”One”.”

These new pieces are certainly among the many highlights of the collection, adding to its personality, but nor should we indulge Arens’ modesty by ignoring the superb quality of her own writing here: there is a breadth, range and confidence to her composing for one hand which, at this point, surely amounts to a unique and fabulous specialism.

In the intervening decade since the original One Hand Piano, Arens has given us several memorable volumes of music, and her new pieces here speak to the many qualities she has meanwhile honed: her love of music from around the world, her equally sure handling of jazz, popular styles and especially minimalism,

In terms of difficulty, the range here is a more level one, with most pieces suitable for the early advanced player, for whom this second collection delivers a well-rounded variety of polished repertoire.

As a teacher, what I would most find helpful as a further addition to the series would be a collection of Easy One Hand Piano pieces that provide quicker study material for less-advanced students, and those with shorter-term injuries. I certainly hope that composer and publisher will oblige!

For the two-handed player, restricting oneself to playing with one hand presents its own challenges, and requires self-discipline. It is striking that both these books succeed so brilliantly in challenging and enabling the player to adapt to so different an approach.

Arens can be commended not only for her vision, but for executing her aims with such accomplishment and musical panache.

How wonderful, too, that once again Breitkopf have supported her with such a superbly presented publication. Both books appear with soft matt covers and gorgeously engraved scores within, just as one would expect from this most highly esteemed of publishers.

In short, both collections can be very strongly recommended. For those looking for a varied collection of one-handed piano pieces coving a wide range of levels and musical styles the original collection is a must-have, while those wanting a broader range of fresh music are sure to find the newly published sequel an essential purchase.

Finally, those who find themselves in the more difficult position of facing a longer-term future at the piano using only one hand will surely agree that Barbara Arens has served them very well indeed with these two extraordinary volumes.