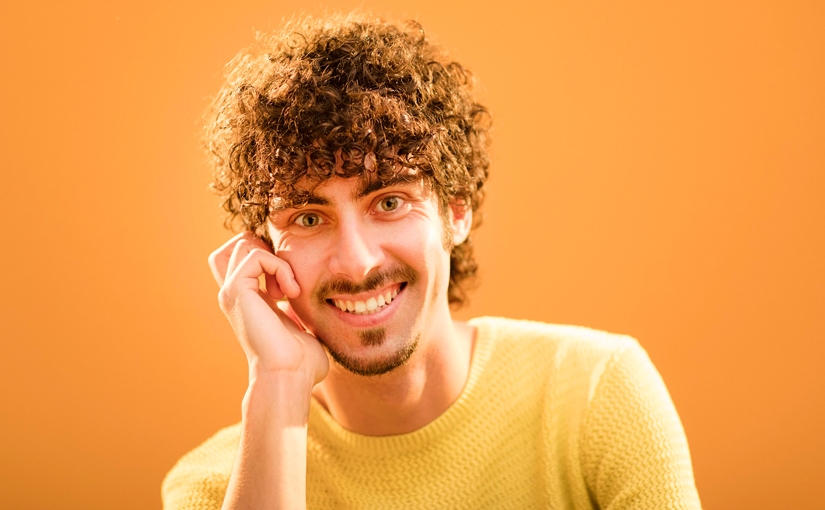 As he did for many piano-lovers, Federico Colli first came to my attention when he appeared as a finalist at the Leeds International Piano Competition, which he went on to win in 2012. Since then he has established a successful performing career and has an exclusive recording deal with the Chandos label.

I have to confess that in 2012, Colli was not my favourite to win; nor was I enamoured with his Bach recording when I caught up with it last year.

However, seeing glowing reviews for his second CD of Scarlatti Sonatas elsewhere I took the plunge. And how glad I am, because it is stunning! I am finally a belated convert to Colli’s cause!

So what makes this recording special? Let’s find out…

END_OF_DOCUMENT_TOKEN_TO_BE_REPLACED

The 22-year-old Chinese-American pianist Eric Lu is one of the brightest rising stars in today’s classical music firmament, his playing revealing both an exciting engagement with the repertoire and a fresh and compelling new perspective on it.

Aged 20, Lu was unanimously voted winner of the Leeds International Piano Competition 2018, an achievement which propelled him firmly into the limelight and rewarded him with a management deal, major label recording deal with Warner Classics, and a concert commitment which might overwhelm the less assured player.

For his part, Lu would seem to have taken all this in his stride, the embodiment of a dream he has nurtured from a young age growing up in a house where classical music was cherished.

I briefly met Lu and heard him perform Mozart’s 23rd concerto at the Chetham’s Summer School last year (shortly before he made his BBC Proms debut with the same work), and was struck then by his poise onstage and off, his quiet confidence and calm energy.

But listening to his Warner Classics studio debut, a disc which includes Chopin’s 24 Preludes Op.28 as well as short works by Brahms and Schumann, it is the emotional range he brings to his playing which most immediately strikes me…

END_OF_DOCUMENT_TOKEN_TO_BE_REPLACED 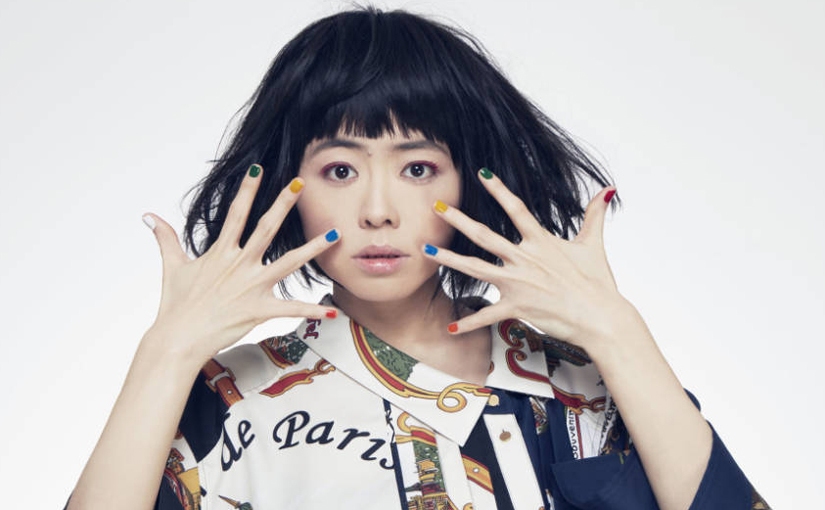 New releases are usually a bit thin on the ground in January and this has proved true again in 2020, the respite providing the perfect chance to revisit the best albums of the last year.

My personal favourite of the many good recent jazz albums has to be Hiromi Uehara’s Spectrum, however.

Following a succession of brilliant trio, ensemble and collaboration albums, Spectrum is Hiromi’s first solo piano studio album for a decade, and is a remarkable musical tour de force.

Speaking to The Japan Times, Hiromi said of the recording,

“As a pianist, making a solo album is really like, kind of being naked. There is nowhere to hide. There is no other instrument to play with in order to cover the sound. It’s really challenging, but at the same time, it’s the best way to fully enjoy this instrument…
It’s like having a conversation with myself. I can be really free, if there is nobody there to restrain me. I can go anywhere that I want in improvisation.”

Let’s find out where Hiromi’s playing led her …

END_OF_DOCUMENT_TOKEN_TO_BE_REPLACED

“Young musicians usually impress in one of two different ways. One is to dazzle with the exuberance of youth, the sheer joy of their own talent and personality. It’s a hard thing to resist, but one would be wise to wonder if it will still be serving them so well a decade or so down the line. The other is to show technique, yes, but also the poise and wisdom often lazily assumed to be beyond the attainment of youth, but which, if you’ve got it, will surely never go away. A few minutes with the playing of Beatrice Rana leaves you in no doubt which category she is in.”

Two years later her latest recording, a dazzling account of music by Ravel and Stravinsky, further affirms Rana as one of the most extraordinary artists of our time.

No difficulty in selecting my Recording of the Month…

END_OF_DOCUMENT_TOKEN_TO_BE_REPLACED 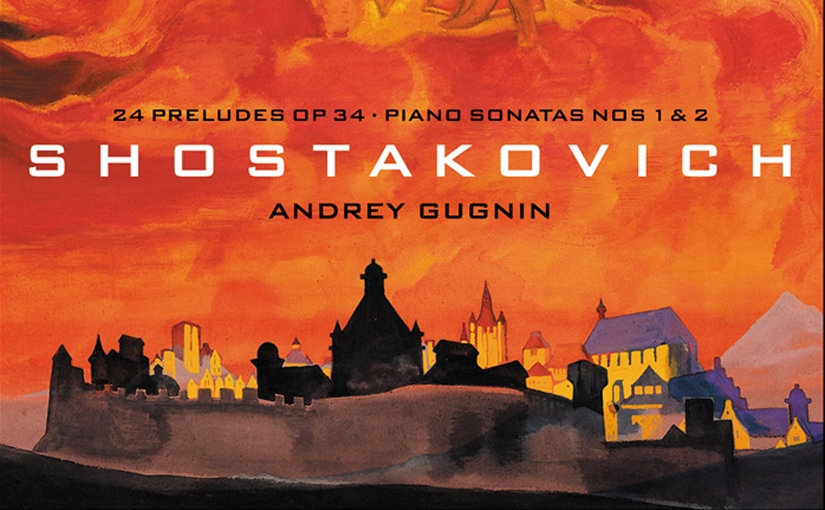 Though perhaps not the best-known of his piano works, Shostakovich’s solo music for the instrument surely ranks among the best of the twentieth century.

Now, in his newly released Hyperion debut, Russian pianist Andrey Gugnin presents an all-Shostakovich programme which showcases both the quality and variety of this repertoire…

Make no mistake: this is a stunning album, and even in a month crowded with new releases from major artists, I found it an easy choice for inclusion in the Recording of the Month series…

END_OF_DOCUMENT_TOKEN_TO_BE_REPLACED

Undertaking a complete recording of the 32 published Piano Sonatas of Ludwig Van Beethoven (1770-1827) remains one of the monumental challenges for any concert pianist, and with the 250th anniversary of the composer’s birth next year it’s likely that the many accounts on disc will come under greater comparative scrutiny than ever.

Enter Igor Levit, who has previously impressed critics and audiences around the world both in recital and on disc. A Sony Classics artist, Levit is flying the flag for one of the world’s largest labels with his new 9CD set of the Sonata cycle, released this month.

These are interpretations which inevitably face comparison with the legendary recordings by such luminaries as Artur Schnabel, Wilhelm Kempff and Friedrich Gulda, beloved cycles by Stephen Kovacevich, Alfred Brendel and Claudio Arrau, and the more recent accounts by Paul Lewis, András Schiff, Jean-Efflam Bavouzet and (revelatory on fortepiano) Ronald Brautigam.

With such high stakes, let’s find out how Levit’s cycle fares …

END_OF_DOCUMENT_TOKEN_TO_BE_REPLACED

2019 marks the bicentenary of the birth of Clara Schumann, who wan born on 13th September 1819. Right on cue, this new recording from Decca offers the perfect introduction to her music, as well as marking the solo recording debut of rising star Isata Kanneh-Mason…

END_OF_DOCUMENT_TOKEN_TO_BE_REPLACED 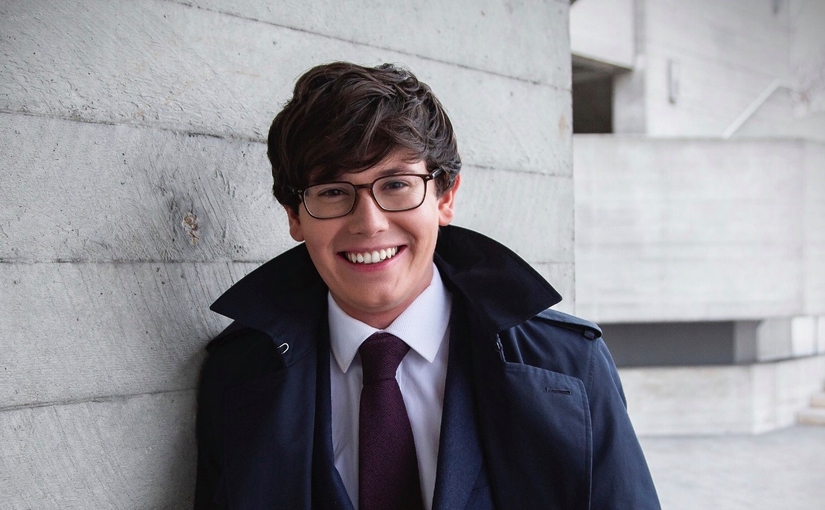 Since winning the BBC Young Musician of the Year in 2014, Martin James Bartlett has become a welcome and friendly presence in concert halls as in the media, while also pursuing his further studies as a Foundation Scholar at London’s Royal College of Music.

Having recently signed to major label Warner Classics, Martin’s debut album was released at the start of May.

Entitled “Love and Death”, the recording must I believe be regarded as marking a very significant arrival in the classical music world, Bartlett casting his spell with an imaginative programme of music by J.S. Bach, Franz Liszt, Enrique Granados and Sergei Prokofiev…

END_OF_DOCUMENT_TOKEN_TO_BE_REPLACED

Fazil Say has established himself as one of the leading pianists and composers of his generation, but his multifaceted talent has sometimes left critics as perplexed as audiences are thrilled. He’s a hard man to categorise!

Say is equally at home performing and recoding the complete Sonatas of Mozart (released by Warner Classics in 2016 and available here) as he is when playing his own highly distinctive and imaginative compositions.

It is the latter which in my view confirm Say’s place in the upper echelons of the classical tradition, however. I love pieces such as the scintillating 1001 Nights in the Harem (a four-movement Violin Concerto), and the Hezarfen Concerto for Ney and Orchestra.

These have recently been joined on the top shelf by the stunning Troy Sonata, a near-40-minute solo piano work in ten movements, included as the centrepiece of his latest release, Fazil Say plays Say.

Say’s music has a vivid cinematic approach to storytelling, and draws on a smorgasbord of influences, from late Romanticism through to experimental modernism, while incorporating the colours of modern jazz: all unmistakably and decisively shot through with the spirit and culture of his native Turkey.

It makes for a unique and intoxicating blend with which, like his greatest composing forebears, Say’s personal voice emerges from an accomplished fusion of musical reference points.

Fazil Say Plays Say brings together a thrilling selection of Say’s most recent (and I believe finest) solo piano works. It’s an easy choice for Recording of the Month…