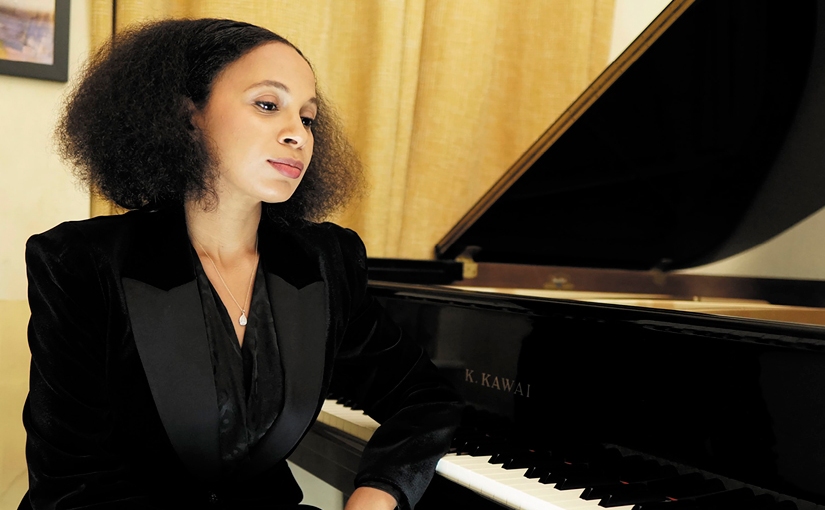 Discovering new repertoire, personalities and sound worlds has long been a particular goal when selecting the Pianodao Recording of the Month, and for March 2022, I am excited to be writing about a new album that ticks all three boxes.

African Pianism is a revelatory collection of music by seven African composers, none of whom I was previously familiar with. Released to coincide with Black History Month in the United States, the album marks the solo debut of Nigerian-Romanian pianist Rebeca Omordia on the SOMM label.

There’s certainly nothing predictable or conservative about this release, so let’s take the disc for a spin…

END_OF_DOCUMENT_TOKEN_TO_BE_REPLACED 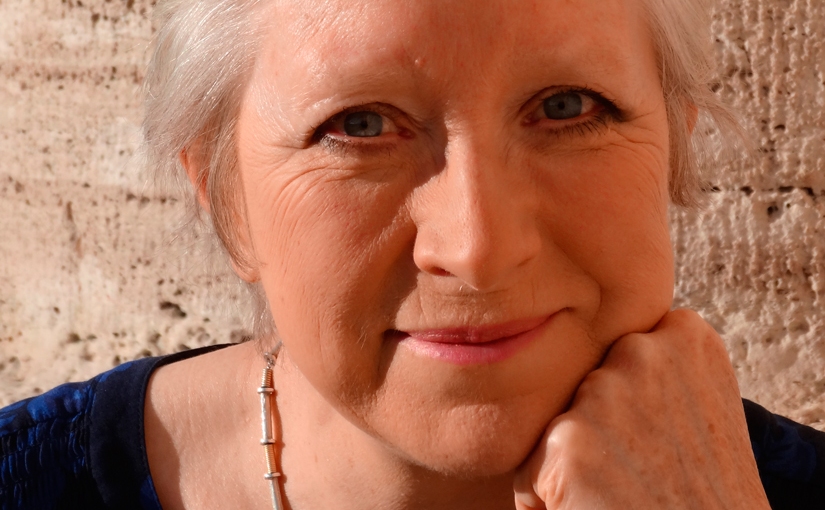 Before the last rays of summer settle into the colours of autumn, let me tell you about this wonderful book, my summer holiday read, but equally suitable for the cozy evenings ahead, or for that matter as a Christmas gift.

Indeed, whether you find yourself wanting inspiration for fresh beginnings, a reboot in your piano journey, or simply a brilliant read, Susan Tomes’ The Piano: A History in 100 Pieces is poised to perfectly hit the spot and deliver the tonic you are looking for.

It’s a book which very much delivers on the promise of its title, giving a chronological survey of the storied history of the instrument and, more particularly, the development of a glorious repertoire that is surely one of the pinnacles of human achievement.

So let’s take a closer look…

END_OF_DOCUMENT_TOKEN_TO_BE_REPLACED 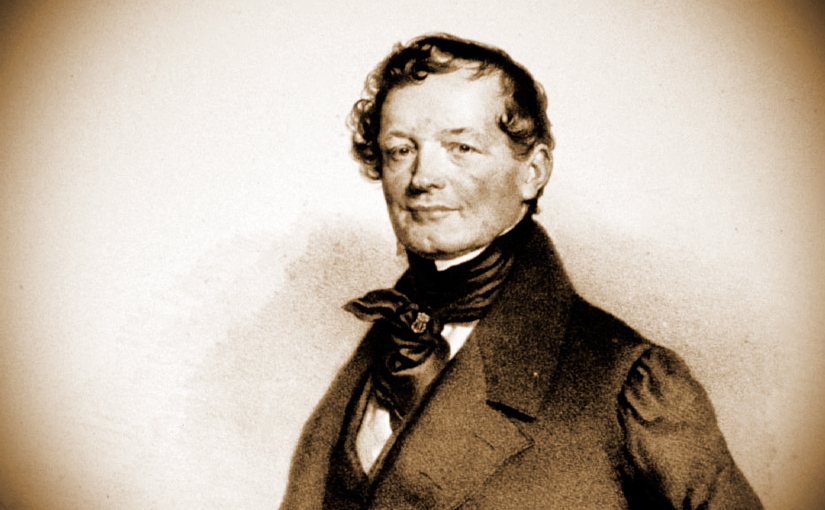 In early 1819, the well-known composer and music publisher Anton Diabelli (1781-1858), sent a 32-bar waltz to the most reputable composers of the Austrian Empire, together with an invitation to submit their variations for publication as a collaborative collection.

Among those who responded to the call were Czerny, Hummel, Moscheles, Schubert, and the eleven-year-old Franz Liszt, and from their contributions Diabelli was able to assemble a set of 50 Variations on his theme.

We only know for sure of one composer who explicitly declined Diabelli’s invitation to collaborate: Beethoven. It remains unclear why he did not want to participate directly, but he nevertheless composed his own monumental set of 33 Variations, not directly for Diabelli but exploring alternative avenues of publication.

Beethoven’s 33 Variations on a Waltz Op.120 quickly established itself not only as one of his most important keyboard works, but one of the pinnacle summits of the entire classical piano repertoire, entirely overshadowing the rest of the project.

Delivered for the recent Beethoven 250 anniversary year, Mario Aschauer’s landmark new scholarly performing edition of the Beethoven Diabelli Variations is an essential score for serious students of the work, published by Bärenreiter, BA 9657.

Perhaps even more interestingly however, Bärenreiter have also brought us their edition BA 9656, which includes Beethoven’s masterpiece together with Aschauer’s new edition of the 50 Variations on a Waltz composed by his contemporaries in response to Diabelli’s call.

END_OF_DOCUMENT_TOKEN_TO_BE_REPLACED 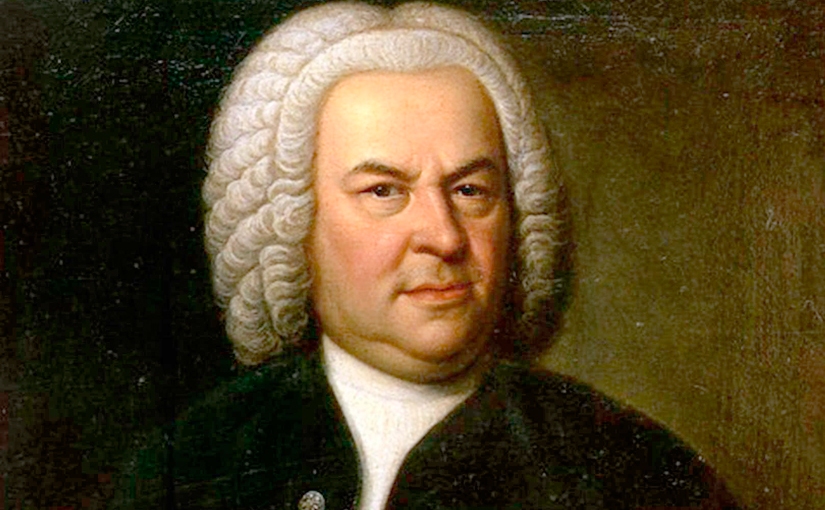 The Six Partitas BWV 825-30 of Johann Sebastian Bach (1685-1750) have long been regarded as one of the most important milestones of the Baroque keyboard repertoire, and exist in many editions.

END_OF_DOCUMENT_TOKEN_TO_BE_REPLACED 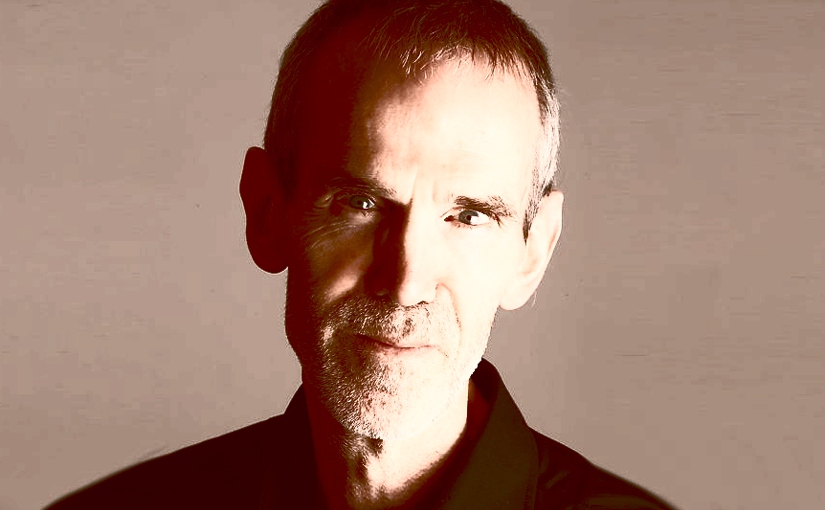 Since the late 1960’s, when he become the doyen of the experimental music scene, Howard Skempton has carved a unique place for himself in British musical life.

Skempton’s influences include Eric Satie, Morton Feldman, John Cage and La Monte Young. His own music resists lazy categorisation, but is characterised by pared-back textures, focused economy of expression, clarity of melodic line, and the avoidance of dissonance even when most determinedly resisting the pull of tonality.

These qualities remain an integral hallmark of the latest entry in his significant solo piano catalogue, the 24 Preludes and Fugues recently published by OUP.

END_OF_DOCUMENT_TOKEN_TO_BE_REPLACED 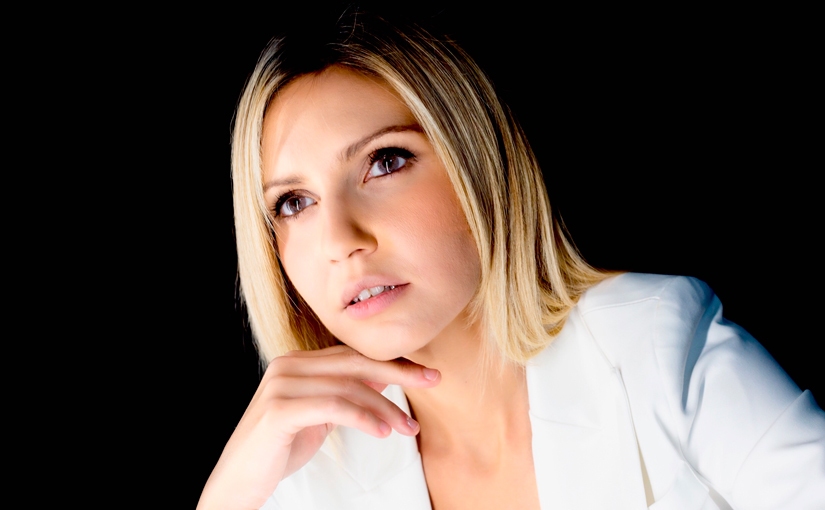 I first heard the 33-year-old Italian pianist Vanessa Benelli Mosell a few years back when she released an impressive disc of Debussy on the Decca label. Exploring her catalogue I soon found myself considering her one of the most artistically adventurous and astute artists of her generation.

Her latest disc, Casta Diva, more than confirms that view, and is quite simply one of the most dazzling piano recordings I’ve heard in a while.

END_OF_DOCUMENT_TOKEN_TO_BE_REPLACED 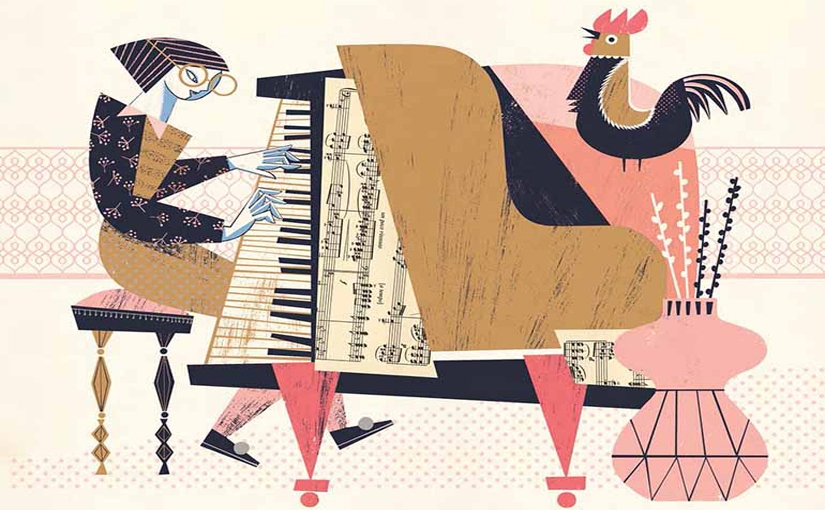 At the start of this series I gave an account of my surprise 2020 visit to Poland, and in subsequent articles I have discussed some of the best piano music I discovered on my trip, together with the tutorial films that I and a team of international colleagues created to showcase this music to the piano teaching community worldwide.

As the series draws to a close, I would like to share a couple more books that were featured in the PWM promotion, as well as a series of three special collections which actually bear the project name, Music from Chopin’s Land.

And then the punchline! I will end this final post in the series with a short reflection on the lasting lessons I have learnt about piano pedagogy following on from my visit to Chopin’s land…

So, firstly, a few extra reviews and videos for your interest and enjoyment…

END_OF_DOCUMENT_TOKEN_TO_BE_REPLACED 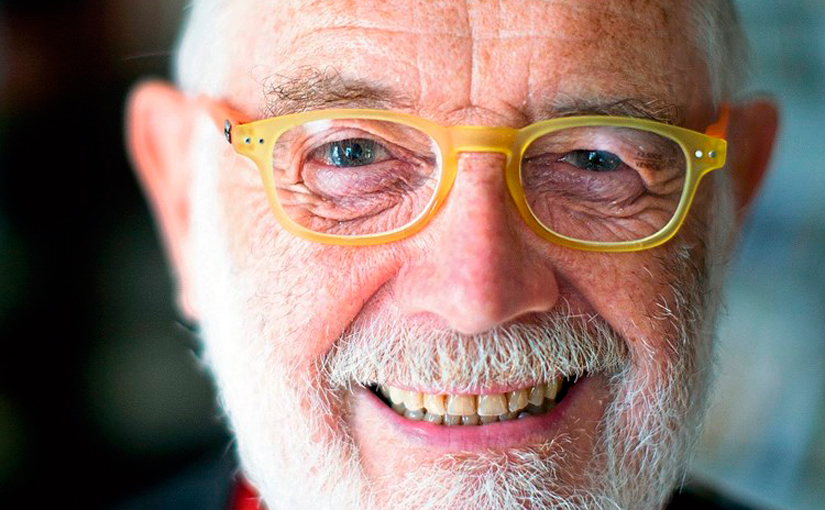 When Austrian composer Kurt Schwertsik’s Albumblätter: collected piano works landed on my desk in 2018, I was intrigued, but like too many books it ended up buried in my review backlog.

Fast forward to Summer 2020, and the newly released recording of this music by pianist Aya Klebahn caught my attention on Apple Music. Second time lucky, I was quickly hooked…

“Kurt Schwertsik’s music is characterised by ever-changing moods and is idiosyncratic with a refreshing lightness of touch. Though a pupil of Stockhausen, the composer rejected serialism in favour of new forms of tonality. His search for an ‘alternative’ modern culture draws inspiration from Satie and the Dada movement.”

Intrigued? A little belatedly, here is the Pianodao review…

END_OF_DOCUMENT_TOKEN_TO_BE_REPLACED 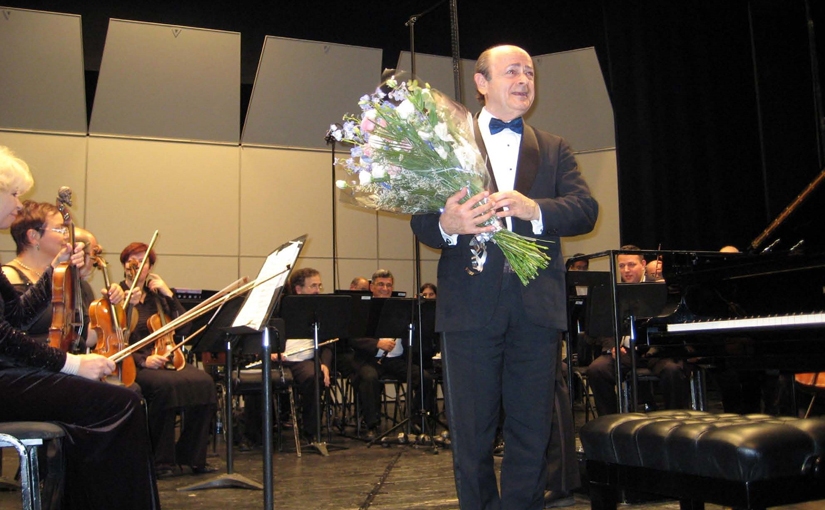 Rami Bar-Niv is known and beloved worldwide as one of Israel’s most acclaimed and sought-after pianists.

Performing worldwide as a soloist with orchestra, recitalist and chamber musician, Bar-Niv has become an ambassador of goodwill for Israel. He has made several well received recordings for CBS, many of his compositions have been published and recorded, and he is widely in demand as a teacher.

And we can all get to know him in depth and far more intimately, thanks to his recently published autobiography Blood, Sweat and Tours: Notes from the Diary of a Concert Pianist.

END_OF_DOCUMENT_TOKEN_TO_BE_REPLACED 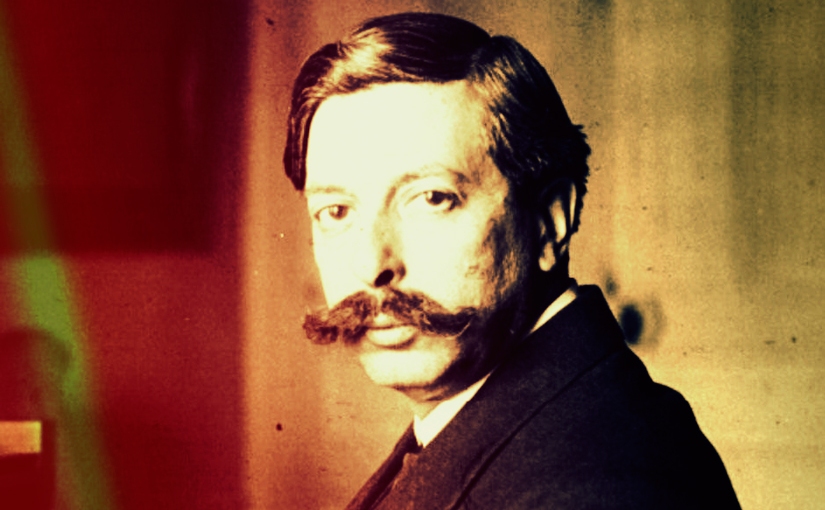 Enrique Granados (1867-1916) was one of the great composers to expand the piano repertoire in the twilight years of the Romantic era, and must be counted among Spain’s most marvellous writers for the instrument; so it is a shame that so much of his output remains too little-known and rarely performed.

Less than a handful of easy miniatures have been picked up by exam boards and anthologies, the same few repeatedly so, revealing not only a lack of imagination but too limited a knowledge of Granados’s music, which in fact includes a significant body of music suitable for intermediate and early advanced players.

Meanwhile, the mighty cycle Goyescas belongs aside his compatriot Albéniz’s Iberia suites, but alas, only a couple of movements appear on concert programmes with any frequency.

At the centre of Granados’s output, the twelve Danzas españolas are a fabulous collection suitable for the advanced player (around UK Grades 6-8).

And while (unlike Albéniz) much of Granados’s solo piano music is closer in tone to Schumann than to Spanish flamenco, these pieces are replete with the regional flair and the sunny countenance that lends colour and a hint of exoticism to the best Spanish music. This is Granados at his most rustic.

That much of Granados’s music is difficult to find in good, widely available editions doesn’t help. Those wanting to play the Danzas Españolas relied on old editions by IMP and Dover. Happily, these marvellous pieces can now be explored in a superb new urtext from Henle Verlag, the subject of this review…