Per Hartmann’s independent publishing house Edition HH have produced many fine scores, and brought into the spotlight some fine classical pieces which were unjustly overlooked elsewhere.

In the meantime I was delighted to receive a small score containing two solo piano pieces composed by Per’s own father, Norwegian composer Christian Hartmann (1910-1985). Hartmann senior is apparently well known to Norwegian children for his song settings for Ole Brumm (Winnie-the-Pooh), as well as having success with his works for stage and screen.

“I thought it would be good to have something composed by him in our catalogue, so I decided upon these two short piano pieces, which I love to play myself.”

I was naturally touched by the affection of the publisher for his father, but as I sat down to play these pieces I was equally impressed by the charm of the pieces themselves.

Finding no recordings of them elsewhere, I agreed with Per to record them myself, sharing them here, and on my SoundCloud page.

The first piece is this charming waltz:

According to Per Hartmann:

The piece would suit any player at around ABRSM Grade 6 level (and would perhaps make a great exam piece!). Though technically easy, it includes a few unexpected twists, and provides good practice for gaining confidence reading high notes on ledger lines!

The score is naturally beautiful, with lovely clarity, and nicely spaced across a two-page spread, avoiding a page turn by using a da capo (There is a sample on the publisher’s website).

Next we have this lovely Nocturne, which according to Per:

“…is typical of the kind of music my father liked to improvise in the evenings.”

Though slightly harder than the Little Ballerina, this would also suit a player at around Grade 6. Some of the stretches here are a little awkward for smaller hands, and distributing the inner semiquaver movement between the hands sometimes needs careful thought, particularly on the first page. 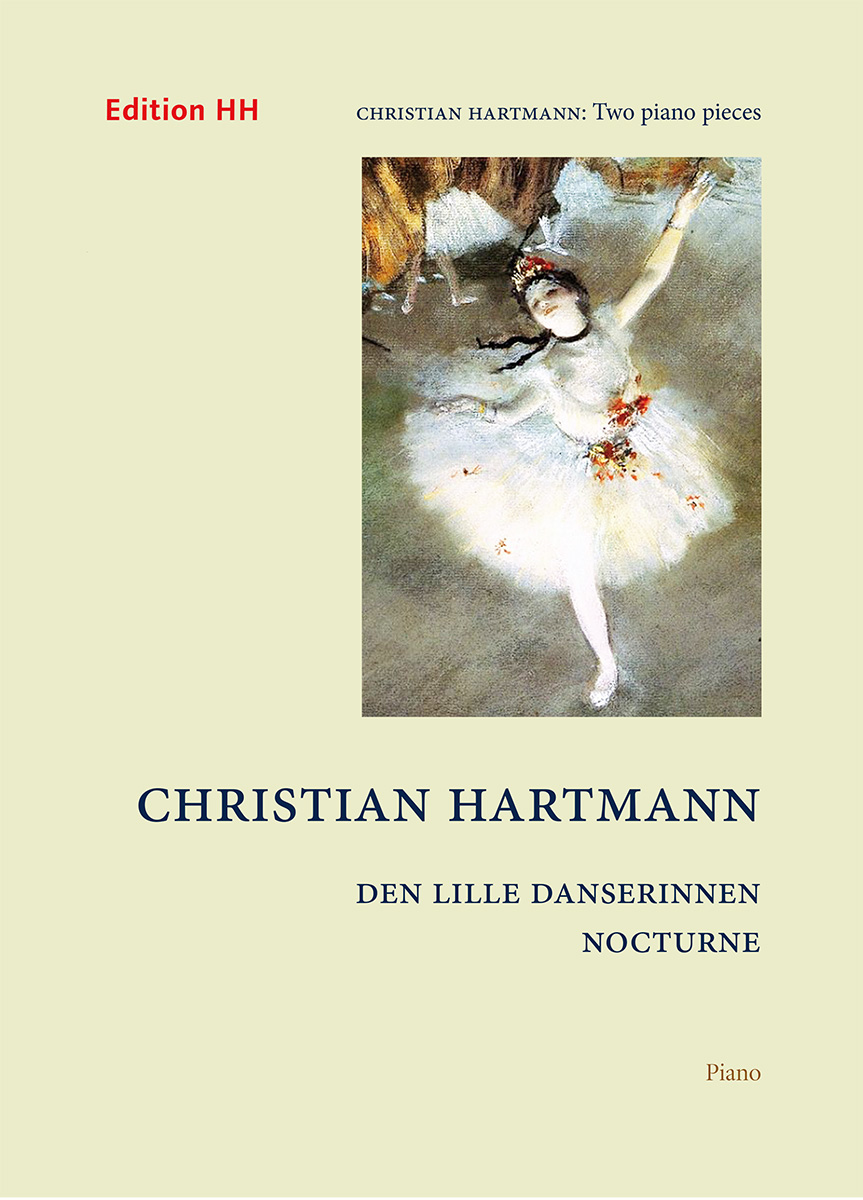 I love these two little pieces, and I am sure many late intermediate players will enjoy them equally.

They are traditional in the best sense, while the harmonies of the Nocturne in particular have a more contemporary flavour that will nicely appeal to today’s students and players.

Available from Edition HH here.
Members of the Pianodao Tea Room get a 20% discount.