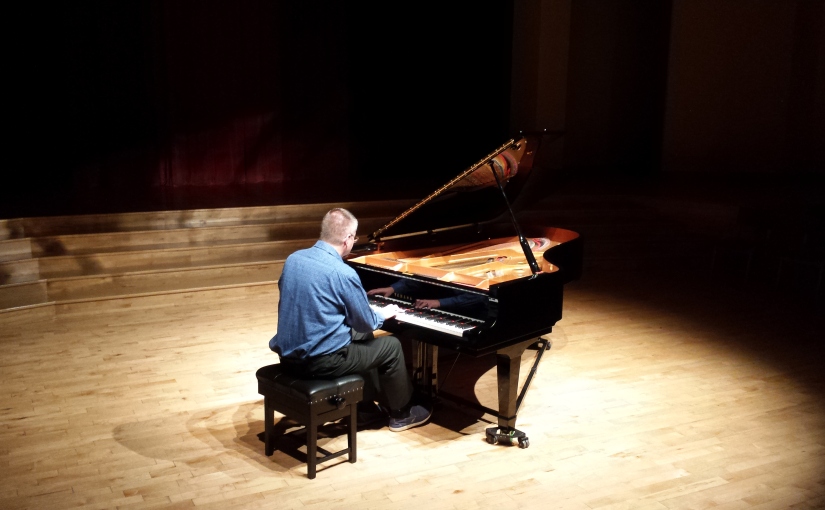 Andrew Eales has a well-established reputation as one of the leading piano educators in the United Kingdom. He offers support to players online and runs a successful teaching studio based in Milton Keynes.

Andrew is well known as a published composer and author:
• His book How to Practise Music is published internationally by Hal Leonard, the world’s leading and largest music publisher.
• His music has appeared in the ABRSM piano grade syllabus and several other publications.

Andrew’s piano recordings have been streamed online more than a million times, and his Pianodao website has been ranked the world’s number one piano blog for three successive years,

Born in Surrey, UK in 1966, Andrew started piano lessons aged 9. Within a few months he was awarded a music scholarship to Oakham School. He later completed his schooling at Bedford Modern School, simultaneously taking up a place as a Junior Exhibitioner at the Guildhall School of Music in London.

Andrew went on to read Music at the University of Birmingham where he gained his honours B.Mus degree and won the University’s esteemed Roland Gregory Music Prize. While in Birmingham, Andrew studied harpsichord with David Ponsford, developing an interest in authentic historical performance practice.

Andrew went on to complete his postgraduate professional training at the Royal College of Music in London, where he took lessons with the internationally acclaimed harpsichord and fortepianist Robert Woolley, gaining his ARCM Diploma as well as a Certificate in Advanced Study in Early Music. He was also the winner of the Raymond Russell Harpsichord Prize.

Andrew also studied piano for two years with the Hungarian concert pianist Joseph Weingarten, who had been a student of Dohnányi at the Franz Liszt Academy in Budapest. Joseph’s profound and inspiring teaching had a huge impact on Andrew as a musician.

Andrew worked for EMI Classics in London for four years before launching his teaching career in the early 1990s.

He was soon appointed Head of Piano and Keyboard for the Milton Keynes Music Service, a post he held for several years, during which time his work was featured in Music Teacher Magazine and The Guardian newspaper.

Andrew played a key role in the creation of A Common Approach 2002, the instrumental curriculum adopted by Music Services and schools across the UK, and the ABRSM Music Medals programme, for which he also composed several original pieces and arrangements published in their Keyboards Together books.

Andrew has spoken at national conferences and local events throughout the UK, including for ABRSM, Trinity College London, EPTA, The Piano Teachers’ Course UK, as well as in Africa and the USA.

Andrew continues to devote his primary attention to piano education as a writer, composer and consultant while running his own thriving teaching practice based in Milton Keynes UK.

Launched in Summer 2015, Pianodao has established itself as a leading piano education site and is now the hub for all of Andrew’s ongoing professional work.

Ranked the number one piano education blog worldwide for three successive years, Pianodao provides a wide range of articles and reviews to support piano players and teachers, and a friendly online community.

Find out more by clicking on these links:

Andrew has been happily married to Louise for 30 years. She is a clinical nurse specialist in child and adolescent mental health, and is currently also training as a professional acupuncturist. They have a son and daughter who are both now adults.

Andrew is a Fellow of The Incorporated Society of Musicians, the leading professional association for musicians and teachers.