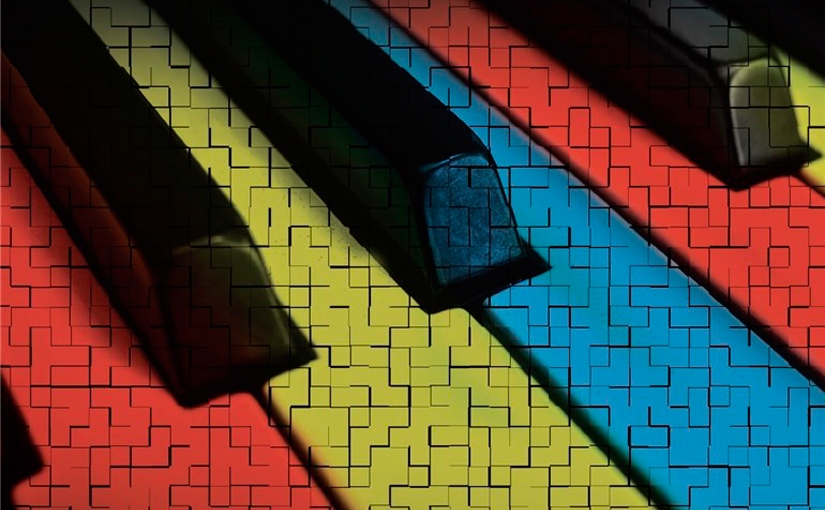 Products featured on Pianodao selected for review by ANDREW EALES.
When you purchase using the site’s retail links, Pianodao may earn a small commission, but this does not affect the price you pay.
GET ADVICE ON YOUR PLAYING.

Mosaic is a series currently comprising four music books, each showcasing fresh and varied repertoire newly commissioned and composed by piano educators from around the world.

The pieces are loosely graded, arranged in order of difficulty, compiled as books suitable for elementary, intermediate and advanced players, and published by Editions Musica Ferrum. A fifth book (reaching towards Grade 8 level) is currently planned.

I am honoured to be one of the composers featured in all four books, alongside such well-established names as Barbara Arens, Ben Crosland, June Armstrong and others.

The collections are a natural addition to the Pianodao Music Library, and while I obviously cannot ‘review’ them in quite the usual way, this article will introduce the series with an overview of the concept, several recordings, and hopefully sufficient information for readers to decide whether to take a closer look.

The Mosaic books are the brainchild of Editions Music Ferrum founder Nikolas Sideris, a Greek composer and educator who spent several years living in the UK and setting up his publishing base here.

Both a contributing composer and the series’ project editor, Sideris tells me,

“Mosaic is an answer to the current educational system of the UK. As a teacher I feel the pressure that the kids are going through and I’m not sure I agree with this at all. Certainly an exam system should be in place, but the exams themselves should not be the goal of any teacher, or student, or parent. On the contrary, they should be the natural by-products of the learning process…
I find that a lot of my students stick to the exam pieces more than anything else, and while the pieces themselves are great, the notation exemplary and always very clean, the lack of alternatives is striking to me…
So this is exactly where Mosaic fits in: to cover the gap between the boards syllabi, but in an independent and truly international way.”

At the outset, Sideris selected thirteen contributors from seven countries, all previously published composers, experienced piano teachers, and of course friends that he could comfortably work with.

Composers were chosen amplifying a range of styles, giving the books not only an international flavour but an unusually wide musical range, from easy listening and jazz through to experimental contemporary classical.

The series is thus a microcosm of the state of piano music in the 21st century, a mosaic in which many colours make up one bigger picture.

In the first three Mosaic volumes, each of these composers contributed two contrasting pieces per collection:

For the fourth and latest book the above composers each contributed a single, longer piece, while the roster of composers was expanded to include another six distinguished names:

One way to appraise the creative approach and range of the Mosaic series is to take a closer look at my own contributions, giving readers a glimpse of how I personally responded to the brief.

I was drawn to the creative vision of this series specifically because Nikolas Sideris wanted to build collections which referenced the UK grade levels, without specifically insisting that pieces matched the requirements of the examination room.

As a teacher I find many students like the framework and levels of the grades, but far fewer enjoy taking formal examinations. Most enjoy playing a broader, more varied range of music. As such, I immediately anticipated that the series would prove particularly appealing.

As a composer, writing music that reaches to the learnt skills of a particular level without being constrained to the length, pace or expected content of an assessment is liberating. Of the seven pieces I have so far contributed to Mosaic, some would suit selection for the exam syllabi, while others certainly wouldn’t. I think that’s a healthy balance.

Having contributed seven pieces in all, I will pick one from each of the books for further comment, sharing my thoughts and personal recordings of the music…

For the first book, I liked the idea that the two pieces included would be yin and yang to one another, exhibiting contrasting energies.

Fresh Air is proving a favourite with its breezy melody, but it is joined in the collection by Grey Skies, offering a darker, more melancholy counterpoint. The piece explores the amazing colours and sonority of the piano when it is played softly, using the sustain pedal, and including the lowest note of the piano.

Prior to the da capo repeat, the performer is instructed to hold the pedal and allow the sound to fade, not only creating an evocative effect but also engaging the elementary player in a more direct level of attentive listening to the sound of the instrument.

Here’s a contrast! Frisbee is self-consciously a more chirpy, melodic piece that wouldn’t be out of place in the exam room (at around Grade 2-3). I have enjoyed teaching this piece and found younger students in particular warm to its bouncy character.

When composing Frisbee I was particularly pleased with the harmonic elements, which repeatedly hint at modulation while always joyously and quickly returning to the tonic.

I originally composed Rainbow Prelude in response to a commission from the Colorado Federation of Music Clubs, an organisation with which I have enjoyed a happy history including two teaching visits to the State.

The piece was written in the aftermath of the Fukashima nuclear disaster, and was donated to raise relief funds at that time. With the permission of its original dedicatee I was happy to include Rainbow Prelude in Mosaic 3, because the piece has many warm associations for me and I wanted it to have an ongoing availability.

At the same time it is a perfect fit for Mosaic, because while clearly written for the developing intermediate pianist (at around Grade 3-4 level), the deliberately steady pace of the piece makes it too long for an exam context, but hopefully a wonderful student concert piece.

In the midst of the darkest storm, as the sun begins to break through the clouds, a rainbow appears in the sky, a universal symbol of hope for better things to come.

Departures is another piece which had a life prior to Mosaic, and has been one of the most popular pieces on my SoundCloud page with well over a 100,000 streams.

The piece was originally an improvisation, created late one evening when my wife had gone away on a family trip leaving me quite alone. Departures can be painful but warm memories can linger long after a farewell, and the piece conveys that sense that while absent, my loved one remained very near in thoughts and heart.

Why include Departures here? Simply, I feel that Mosaic has developed into a creative depository for a wide range of musical expression, and that this piece would both find a welcome home in the series, and in the homes and studios of all who purchase this title.

The covers of the Mosaic books refreshingly make no mention of grade levels, but all of the featured composers are themselves active piano teachers, and have followed a very loose remit of delivering music at approximately:

I could of course pick out highlights based on my own favourites, but for this collection it would perhaps be better if I spare everyone’s blushes and simply recommend players explore the content for themselves!

You will find that there is plenty of variety, from melodic pieces to atmospheric ones, from jazzy rhythmic music to lyrical, expressive works and experimental modernism.

The Mosaic books really do present a cornucopia of musical contrasts, and by listening to the promotional videos provided below you will soon realise that there is an enormous and consistent wealth of valuable material here to explore:

Editions Musica Ferrum have created some particularly lush covers for this series.

Within, the books are printed on high quality cream paper, and the notation is spaciously and very clearly presented.

A huge thank you to Nikolas Sideris for his visionary approach in putting these brilliant books together, and humble gratitude for including my pieces.