The “Open and Commence” movement from the 18 Taiji Qigong Shibashi provides a wonderful way to mindfully reconnect with the sensations in the wrist area, developing supple flexibility.

The 18 Taiji Qigong Shibashi is a modern qigong set created in 1982 in Shanghai, China by Tai Chi Master He Weiqi and Qigong Master Lin Hou Sheng. The routine is often used as a “warm up” by T’ai Chi groups, as it uses many of the stances common to the Yang form, as well as integrating several more traditional breathing and stretching exercises from qigong.

This qigong exercise is extremely simple – using the instructions below you should easily be able to learn the movement involved. However, the powerful benefits that are possible come less from the movement itself, and more from the mental focus and breathing aspects.

END_OF_DOCUMENT_TOKEN_TO_BE_REPLACED

Composer and pianist Tobin Mueller has recently completed a trilogy of recordings in which he explored three eras of Western music through adaptive arrangements, reinvention and original composition.

Each album took one year to develop. The Masterworks Trilogy included jazz interpretations and new works based on:

The albums by title are :

Not only have these double-CD albums highlighted the elements of modernity found in these forebears, they have allowed Mueller to discover a personal kinship with each composer.

Tobin’s personal journey has also been colored by the challenges of dealing with a compromising illness. This relationship between the composer and his illness is what we wanted to discuss…

END_OF_DOCUMENT_TOKEN_TO_BE_REPLACED

Following on from the recent interview with Evelina de Lain in which she talked about her recovery from a serious piano playing injury, I am delighted to talk to Alicja Fiderkiewicz, an internationally renowned  classical concert pianist who has experienced her own trauma with injury, which you can read about in this article from The Telegraph.

To provide more background before exploring Alicja’s recovery from injury, I wanted to find out more about her piano journey, starting with her lessons as a child growing up in Poland and Soviet Russia…

END_OF_DOCUMENT_TOKEN_TO_BE_REPLACED 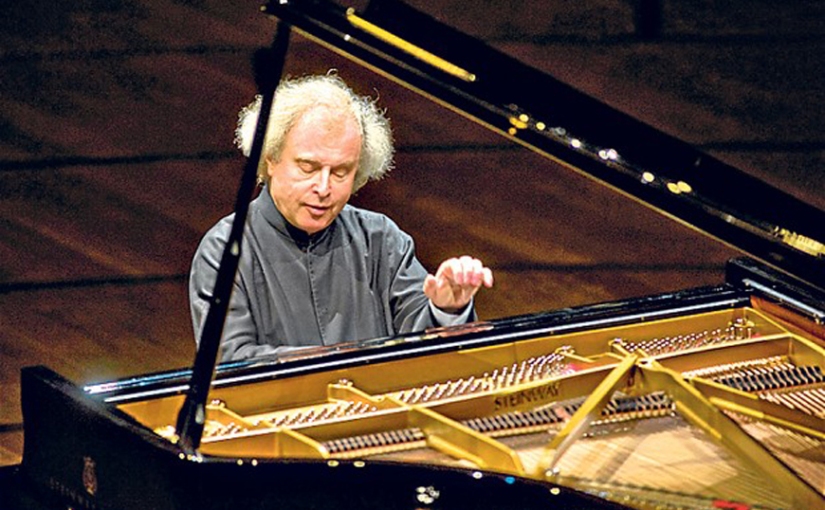 András Schiff – surely one of the most respected concert pianists of our time – made the following extraordinary observation in a recent interview with Pianist Magazine (No.76, Feb-March 2014):

“For me, it is breathing that is vital. You must breathe naturally, like a singer. Pianists and string players often tend to forget the necessity of breathing and they can become very tense; then they get back pains and wrist pains and so on. Usually it can be sorted out through the breathing.”

Breathing is a subject that I have rarely seen discussed in connection with piano technique, and even less so in the context of pianists’ injuries, their causes, cures and corrections. Schiff is hitting on a point that it would seem is indeed too often overlooked.

In this article I will consider the links between natural breathing and Qigong practice, as well as offering a simple breathing exercise that anyone can try…

END_OF_DOCUMENT_TOKEN_TO_BE_REPLACED

With war in Syria, daily muggings, deadlock in the Middle East, domestic violence and escalating racial tensions, we are in desperate need of some good news stories.

Being a creative musician, you may not realize it, but you hold the key to giving the world some peace and inspiration.