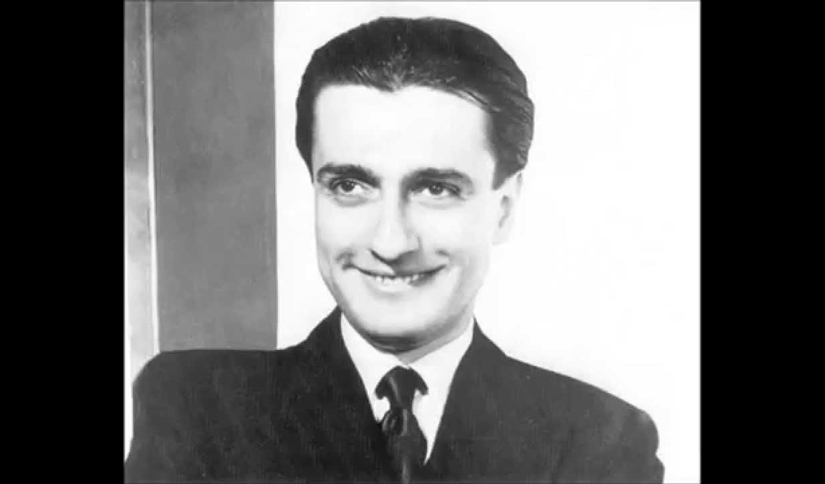 Dinu Lipatti was born in Bucharest on 19th March 1917. His life and career shone with a brightness that helped illuminate the piano’s “golden age”, leaving an indelible hue on our cultural heritage. That blazing light was tragically extinguished on 2nd December 1950, when Lipatti died of Hodgkin’s Disease.

But Lipatti’s legacy lives on, and such was the precision, luminosity and spirituality of his playing that, these many decades later, many of his recordings (mostly from the 1940s) are still regarded as milestones in the history of music…

For those who want to dig deeper and learn more about this extraordinary pianist and composer, I have huge pleasure in warmly commending the only biography available in English.

‘Lipatti’ was written by Dragos Tanasescu and Grigori Bargauanu, and first published in Romania in 1971.

The english version was translated by Carola Grindea and Anne Goossens, appearing in 1988 published by Kahn & Averill, who recently brought the title back into print.

It is essentially a book of two halves – the first, a detailed musical biography of Lipatti’s short life – the second, an evaluation of his legacy as an interpreter, composer and teacher, with detailed supplementary appendices.

The book is handsomely presented and includes many rare black and white photos, which are liberally distributed throughout.

The Life of Lipatti

The story of Lipatti’s short life takes up the first 130 pages of the book, and is divided into four chapters.

Chapter 1, First Steps charts young Dinu’s childhood in Bucharest, and the early signs of his genius. His parents were both musicians – Theodor an accomplished violinist who had studied with Sarasate, and mother Anna a pianist who gave Dinu his first informal lessons. By the age of four, Dinu could play a growing number of piano pieces, as well as composing and improvising his own music daily. Of special interest to piano teachers, the authors here note:

“As might have been expected Dinu’s first steps at the piano started intuitively, by ear. He was not hampered by having to follow the page of a score; instead, a sonorous inner world was free to grow, stimulated by the impressions received through his sensitivity and imagination.”

Lipatti’s formal music lessons did not begin until he was eight, at which point he joined the classes of Mihail Jora and soon afterwards Florica Musicescu, both of who became important lifelong mentors.

Chapter 2, Years of Apprenticeship tell this story in much detail, charting Dinu’s subsequent years studying at the Conservatoire in Paris, where his teachers included the legendary pianist Alfred Cortot, composers Paul Dukas and Nadia Boulanger, and conductor Charles Munch.

By the late 1930s Lipatti was making a name for himself as a performer with an extraordinary gift. Chapter 3, Fame, charts the astonishing development of his glittering career as concert pianist, composer and recording artist. Throughout the war years which followed, Lipatti continued touring as widely as possible (though mostly limited to the Nazi-occupied territories), and often overcame considerable challenges to do so.

Here, and throughout the book, excerpts from Lipatti’s private correspondence give a unique insight into the character that drove him to such pianistic heights. We are also treated to lengthy extracts from concert reviews from the time.

By the end of the war, Lipatti had found a haven in Switzerland, where his final years were occupied as a teacher at the Geneva Conservatoire alongside his ongoing touring and recording engagements.

At the end of Chapter 3 we read of Lipatti’s personal life:

“Madeleine was, at last, free to marry Dinu after the death in Romania of her husband who had refused, all these years, to give her a divorce. The marriage took place unobtrusively; it was only mentioned at the end of a letter to Florica Musicescu (10 January 1949): ‘Love to you from Madeleine and myself – married at last.’”

The romance leading to this moment is barely mentioned in the book; this intriguing snippet certainly hints at an engaging personal story that remains largely (and presumably deliberately) untold here.

Throughout the 1940s, Lipatti’s health had deteriorated; the ongoing account of his professional career is cut with that of his inexorable physical decline. Subject to many experimental treatments, and suffering side-effects such as “X-Ray sickness”, it was only in 1947 that Hodgkin’s Disease was finally diagnosed.

Chapter 4,  Finis Tragoediae offers a moving account of the last months of Lipatti’s all-too-short life, culminating in his extraordinary final performance: the legendary Besançon Recital of 16th September 1950, the recording of which remains on the catalogue both as a CD and via subscription streaming sites Apple Music and Spotify. The authors note:

“The Besançon Recital – Dinu Lipatti’s last concert – could be compared to an ancient rite of sacrifice on the altar of the gods.”

Throughout the suffering of those last years, Lipatti’s ongoing commitment to his audience can only be described as heroic, and I am bound to wonder which of today’s artists could claim to be his equal in this regard… certainly his decision to go ahead with the Besançon recital was not made for the sake of fame or fortune, but in the service of a higher love of music and a keen sense of duty to his art.

As Lipatti himself famously observed:

“Music must not be used, it must be served!”

As you read on, listen to this quintessential recording of Bach from the last year of Lipatti’s life:

The second part of this fascinating book looks more closely at the three enduring areas of Lipatti’s achievement: his interpretations preserved in recorded form, his compositions, and his teaching.

Chapter 5, The Interpreter begins with the following observation:

“The development of recording techniques led to musical interpretations being treated as subject-matter, like composition or aesthetics. Dinu Lipatti’s interpretations do not share the fate of Bach, Mozart, Liszt or the great performers of the last century – which remain legends based on hearsay or written testimonials, often arbitrary or vague – but survive today thanks to the micro-grooves of records.”

The detailed discussion of Lipatti’s recordings which follows is later supported by an exhaustive 16-page discography, which details all the known recordings made catalogued via their original matrix numbers.

Appendix 1 considers the famous recording of Chopin’s E minor Concerto, the provenance of which has been the subject of much discussion and interest. And Appendix 2 includes details of two recordings discovered since the 1971 publication of the book.

Chapter 6, The Composer considers an aspect of Lipatti’s legacy that is less celebrated than his recorded achievement as a pianist: his considerable output as a composer. Romania’s most famous composer Georges Enesco (who was Lipatti’s god-father) is quoted as saying:

“I shall always maintain that his renown as an interpreter should not overshadow his image as a composer.”

Composing was a fundamental part of Lipatti’s musical life from those early childhood days improvising, and throughout his adult career.

His compositions include more than 40 works, which as expected are listed in detail at the rear of the book. Predominantly chamber works, concertante and solo piano music, his compositions are mostly in a neo-classical style, while referencing the folk music of his native Romania.

An interesting addition to this book is the notation for two cadenzas that Lipatti composed for Mozart’s C major Piano Concerto K467.

For those keen to hear Lipatti’s original music, there is a lovely recording which I would like to recommend in passing – Luiza Borac’s Piano Music of Dinu Lipatti from Avie Records (find out more here).

The short Chapter 7, Dinu Lipatti – the Teacher is contributed by Jacques Chapuis, a former student who gives a glowing tribute to his professor at the Geneva Conservatoire, recalling those last years of Lipatti’s short life and the values he sought to transmit. Here we learn more about Lipatti’s philosophy of balancing textual fidelity with personal insight:

Why you should read this book

Perhaps this last quotation neatly sums up the importance of reading a book such as this. There is indeed an Urspirit in the world of classical music, and it is not merely individual, but is rather transmitted between one generation of players and the next.

If we truly want to understand any journey, we must look to the origin and trace the route we have so far taken.

For the contemporary pianist, understanding and exposing ourselves to the legacy of the great pianists of yesteryear is not simply a matter of interest, but in my view a priority.

Classical music and its history are inextricably entwined; I don’t believe we can fully appreciate, let alone perform this music without a willingness to engage with the background and traditions of the art.

For all these reasons, Tanaswescu and Barhauanu’s Lipatti is a unique resource, and an important one. There is a story here that deserves a place in our hearts, and a testimony that should inspire every one of us who loves the piano and it’s music.

You can find out more from the publisher’s website here.

FROM THE PIANODAO BOOKSHELF

The Piano: A History in 100 Pieces

Memoirs of an Accompanist

Why is My Piano Black and White?

4 thoughts on “Lipatti: Remembering a Legend”