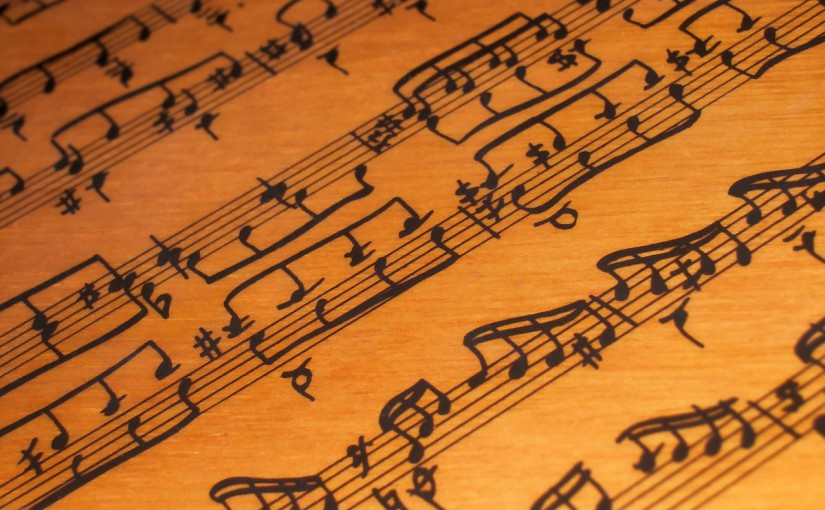 An article on the BBC News website last weekend highlighted an interesting controversy from the world of education: Do we need to teach children joined-up handwriting? The issue is back in the news because the US state of Illinois has passed a law requiring school students to learn “cursive” (joined-up handwriting), overriding the governor’s veto.

Elsewhere in the US and in some other countries schools have dropped the skill from the curriculum, or made it optional.

Certainly some teachers and parents are concerned that the introduction of joined-up handwriting can prove to be a significant roadblock in childrens’ education.

And the BBC article points out that few adults ever use joined-up handwriting; most of us rarely write by hand at all, except for the occasional shopping list or post-it note. The block hand-writing of a young child is sufficient for this, given that most of us use electronic devices, apps and software for any serious written communication.

The same arguments about educational roadblocks and 21st-century relevance might be made with regard to teaching music pupils to write fluent, accurate and detailed music notation by hand:

Should we be teaching students to write music by hand at all?

The Role of Technology

A big difference between written text and music notation applications is that the latter aren’t necessarily as fast to use as hand writing. Nor, in some cases, are they as flexible, sophisticated, or portable, at least yet.

For this reason, if no other, teaching musicians to handwrite music notation seems to me as necessary now as ever.

I would hate to be solely reliant on software to generate sheet music, and feel it is important to equip my students with the skill to write music themselves, just as I often still do.

But as technology continues to be developed, the situation may change to a point where handwritten notation will be seen by some as redundant. For example, the developers of StaffPad are finding technological solutions that combine the speed of hand-written note entry with the presentation power of software, using tablet and stylus.

Whatever the future, it seems to me important to embrace new technologies while retaining the traditional skills (and the understanding) which underpin and enrich their use.

When it comes to producing and presenting beautiful scores, these applications can generally present any accepted notations and receive note input in a range of ways that can include playing the music directly into the computer from a MIDI keyboard, typing in the notes, adding them with the computer mouse, analysing an audio file, or scanning an existing score.

Beyond these engraving features, music notation software programmes tend to offer a gamut of composing and music theory tools which not only save huge amounts of time, but which go beyond anything previously possible.

For example, Sibelius (the software I presently use) makes it easy for composers to:

Tapping into the many options it is possible (for example) to identify consecutive fifths or octaves in a chorale harmonisation; there’s one part of me that wishes I had this ultimate “homework cheat” when I was a teenager studying for Music A level. But there’s another part of me which is glad I didn’t, and that I had to learn to spot them myself, developing my own musical understanding in the process.

This perhaps gets to the nub of the issue. To what extent is it our priority to develop our own skills and understanding, and to what extent are we willing to become dependent on technology?

The intersection with the controversy over cursive handwriting in American schools becomes more obvious at this point. But there are certainly some more complex issues to consider …

The BBC article suggests that the UK is correct in maintaining hand-writing in our schools curriculum for a number of reasons.

Teaching children to write by hand seems to have some learning advantages that are lost when typing on a keyboard.

The article cites a 2005 paper by researchers at Aix-Marseille University, which concluded:

“A large body of data supports the view that movement plays a crucial role in letter representation and suggests that handwriting contributes to the visual recognition of letters. If so, changing the motor conditions while children are learning to write by using a method based on typing instead of handwriting should affect their subsequent letter recognition performances … results showed that in the older children, the handwriting training gave rise to a better letter recognition than the typing training.”

A subsequent follow-up study in 2012 looked at the neurological effects of handwriting experience on functional brain development in pre-literate children, concluding that,

If we apply the core finding here to music education, it would suggest that learning to write music notation by hand might strengthen the learning of music reading and note recognition.

A 2014 Study by Pam A. Mueller and Daniel M. Oppenheimer of the UCLA considered the following premise:

“Taking notes on laptops [in the classroom] rather than in longhand is increasingly common. Many researchers have suggested that laptop note taking is less effective than longhand note taking for learning.”

Their conclusions were startling:

“The present research suggests that even when laptops are used solely to take notes, they may still be impairing learning because their use results in shallower processing. In three studies, we found that students who took notes on laptops performed worse on conceptual questions than students who took notes longhand. We show that whereas taking more notes can be beneficial, laptop note takers’ tendency to transcribe lectures verbatim rather than processing information and reframing it in their own words is detrimental to learning.”

Here, the musical equivalent is perhaps the ability to quickly reproduce and adapt the music we hear.

Certainly, the many hours for which I was forced to practise aural dictation (writing out a melody, chord or two-part counterpoint played on a recording) at School and University was undoubtedly formative in my subsequent ability to process and perform pieces by ear.

Could there be a concrete link between audiation and the hand-writing of music notation? Given the established link between handwriting and deeper processing, this now seems quite likely.

Does physical handwriting also reveal traits of personality? If so, then this is surely another important angle to explore in our commitment to creative education.

Graphology is the analysis of the physical characteristics and patterns of handwriting, purporting to be able to identify the writer, indicate psychological state at the time of writing, and evaluate personality characteristics.

According to the wikipedia article on the subject:

“Graphology has been controversial for more than a century. Although supporters point to the anecdotal evidence of positive testimonials as a reason to use it for personality evaluation, empirical studies fail to show the validity claimed by its supporters.”

This simple article from the Reader’s Digest summarises a few of the obvious (or perhaps absurd?) conclusions that might be drawn from handwriting analysis.

Can hand-written music notation tell us anything about the composer/transcriber’s personality?

None of these would be awarded top marks in a Music Theory exam of course, but each score tells us an awful lot about their respective composers’ creative and temperamental personalities. It’s an area where perhaps further research is needed, and much more could be learnt.

I wonder, for example, whether musical personality would develop along the same trajectory without the use of handwritten notation?

And on a similar note, I have seen many intriguing contemporary scores which I suspect would never have been developed as creatively and imaginatively had their composer been limited to the features of current software.

It will be interesting to see if and how future software programmes and updates inspire different approaches to written music communication.

This brings me to yet another important point about hand-written notation, again with parallels in the schools handwriting controversy: The ability to see corrections, working-out, and the creative process.

Certainly for the music editor, returning to original autograph manuscript sources to inspect the alterations and corrections in the composer’s hand can provide valuable illumination of their artistic intentions.

And in many cases it is also obvious that those amendment and changes were an important facilitator of the composer’s own creative process.

Of course, creativity and the ability to edit and correct scores are a ripe feature of most software scoring applications. The difference is that previous workings are lost or hidden away.

Again, it is sometimes possible to keep an “undo memory” or “version history” of a composition, but I wonder whether this provides quite such a vivid and lucid record of a piece’s genesis and development?

More vitally, how does the process impact on the development of individual creativity? Might the ease of correcting, editing and producing a professional-looking score itself lead us towards a more lazy approach to composing?

Composer Peter Meecham suggests that using notation software can indeed lead to a lack of creativity, thought and imagination, explaining:

“… by this I mean that you can simply cut and paste a section with ease, “orchestrate” with ease and add “harmonies” with ease. Again, if you use these, chance are you are not going to be giving yourself the best possible opportunity of writing quality music. This lack of thought and imagination will make music stagnant, un-musical, and generally unsatisfying.”

Of course there are some significant contextual differences between the teaching of cursive handwriting and music notation. But my main purpose here has been to encourage further thought about the similarities which I have drawn attention to, and their possible implications in music education.

My personal view is that as educators we should make it our priority to enable our students to be fluent musical communicators: through their instruments, with pencil and manuscript, and using the latest and best technologies available. Each of these does not replace another; all have a vital part to play in our music development and expression.

I will fiercely defend the values of traditional musical learning while equally passionately advocating the adoption of new tools that take advantage of today’s best technological advances.

Certainly, as a composer myself, I would hate to be without either the software or the pencil. For sketching out a melody line or chord progression, nothing beats the small manuscript book that I carry around with me to scribble and capture musical ideas in. But for completing, editing and engraving a finished score to submit to my publishers, software is not only invaluable: it has become essential.

Would I be able to use sophisticated notation software had I not learnt to write music with pencil and manuscript?

I suspect not, and I can’t help feeling that the connections between the development of motor skills, accurately forming symbols on paper, our creative, cognitive and personal development are inextricable ones.

BEFORE YOU GO…
Pianodao offers 500+ articles and reviews FREE to the piano community.
The site continues to grow thanks to the generous support of readers.
For additional content and benefits, please join the Tea Room community.

2 thoughts on “Should we still teach students to hand-write music?”