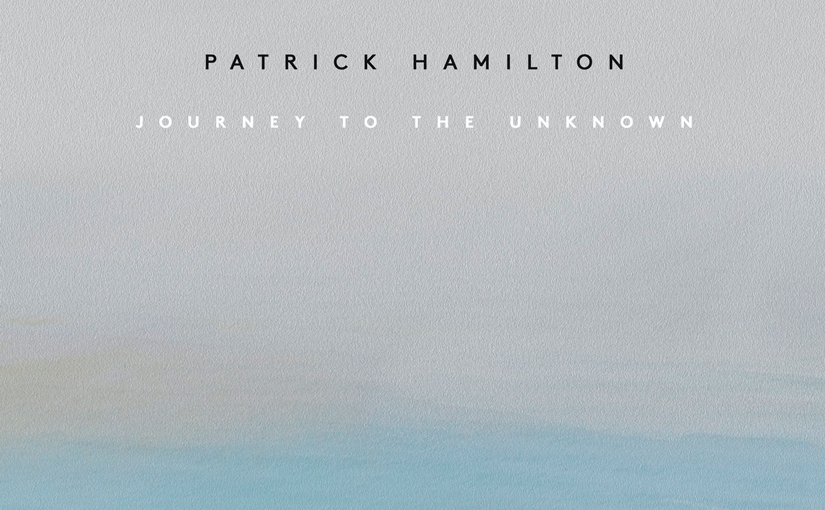 According to Decca Publishing,

“Patrick Hamilton is a flag bearer for the next generation of producer, composer and arranger. A leading figure in classical crossover music, his ambitions include the verticals of artist production alongside film and TV score composition, which together bring his unique skill set to the adult contemporary classical space.”

Judging from Journey to the Unknown, Hamilton’s first solo piano CD, what this lofty statement actually means is that he is the latest to join the ever-growing pantheon of composers creating gentle, soothing piano music in the style popularised by Ludovico Einaudi.

That’s no bad thing, and happily Journey to the Unknown is also now available as a sheet music publication from Hal Leonard. I really like it, so let’s find out what makes it special…

Classically trained at the Royal Conservatorium Bruges & Ghent in Belgium, Hamilton started his career as a session player with many leading Belgian artists, which led to more and more work as a producer-engineer.

Working extensively for both musical and television programmes, the recurrent duality between classical and popular idioms in his writing led to Patrick becoming a leading figure in contemporary classical crossover.

As word of mouth spread, Hamilton became the go-to producer for a range of international artists: Katherine Jenkins, Alfie Boe, Richard Clayderman, David Garrett and Bryn Terfel among them. And in 2019 Patrick signed to contemporary classical label, 1631 recordings.

Journey to the Unknown

“All the pieces were written during lockdown in my recording studios in Bruges. As we all faced the uncertainty of a global pandemic, I tried to find ways to stay creative and inspired. I went for daily walks in the forest close to my home. I let the beauty of nature – the magnificence and grandeur of the trees and the overwhelming sense of freedom and calm that the outdoors gave to me – turn what I saw and felt into the pieces of music I created.”

Hamilton’s music certainly isn’t going to trouble the chickens: it’s as soothing as any piano album I’ve listened to, and up there with the best of Einaudi.

With gentle melodies that float on a bed of broken chord patterns, each piece contributes its own subtle hue to the overall mood of reflection. At times a little melancholy, but for the most part full of hopefulness, it’s hard not to unwind in perfect synchronisation with the unravelling of Hamilton’s pensive themes.

The ten pieces are evocatively titled:

“Each piano piece is personal and resonates quite spiritually with me. My dream was to create a world that felt warm and welcoming to everyone, full of endless possibilities, beautiful sounds and mesmerising experiences to help each individual listener discover their very own Journey to the Unknown.”

Listening to the recording, it is clearly multitracked in places, for example the wonderful Lost in my Dreams, where the undulating accompaniment has been given an engaging electronic treatment, but the top melody sings with a warm piano tone.

Presented as a solo piano score, it immediately becomes clear that the player will need to think carefully about how to distribute notes between hands and add pedalling in order to navigate the range employed. Here, copious sustain pedal actually enhances the performance by capturing some of the same fuzziness as the electronic effecting.

This is, however, indicative of the performance challenges that the player will need to consider elsewhere in the collection, and it would be wise to listen to the album carefully when making decisions about interpretation.

Beyond this specific, these pieces are fairly easy to play so would suit the later intermediate player nicely, albeit with the helping hand of a suitable teacher.

The official music book is brought to us by Hal Leonard, and arrives in a tasteful, soft matt cover.

The book is a fairly simple affair, including a short preface by the composer and a couple of black-and-white photos of him.

And then it is straight to the scores themselves. These are spaciously presented across the 40-page book, with clean, easy-to-read notation engraving.

Hamilton’s use of performance directions is sparse, and fingerings are not provided, which is perhaps a good thing in this instance, leaving the player free to work out their own topography.

Hamilton’s album enters a rather crowded field, and I have to admit that, as with Einaudi’s music, I personally found it more enjoyable to just kick back and listen to the recording, letting the beautiful vibes wash over me, rather than actually playing it myself.

Nevertheless, this is satisfying music on many levels. It’s refreshing that the performing challenges are essentially a question of expression in sound, rather than gymnastic, and here is music the player can really engage with and make their own.

Our response to new classical music can be very personal, and I have absolutely no doubt that there will be many Pianodao readers who not only adore listening to this music, but will find it a real joy to play too.

I’ll leave you with one last track to enjoy…