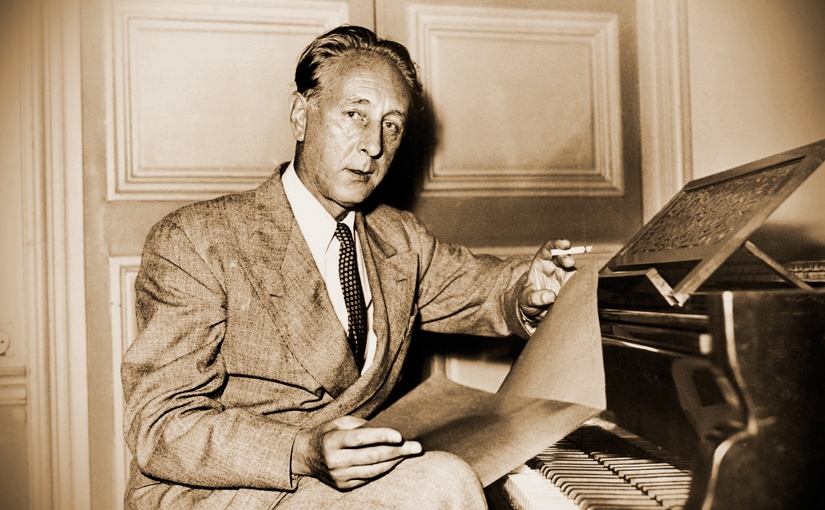 The composer Bohuslav Martinů’s name will be known to many readers, but perhaps fewer will be familiar with his piano music, other than the gorgeous miniature Colombine Dances, which was such a popular choice when it was set for ABRSM Grade 6 a few years ago.

Born in 1890, Martinů is rightly regarded as one of the great Czech composers of the early 20th century. He was impressively prolific, leaving 15 operas, 14 ballet scores, 6 Symphonies, and a very large body of instrumental and choral music. His musical influences were eclectic – embracing modernism, neo-classicism, jazz and Latin American dance music.

All of which are evident in a new collection of previously unknown piano works, brought to us by Bärenreiter.

Martinů is, at face value, an unlikely addition to the series, but as the publisher explains:

“Though Bohuslav Martinů produced a lot of didactic material for the piano, not all of it has been published and many delightful works have remained unknown.”

The volume includes Martinů’s four-part cycle Crotchets & Quavers, subtitled “Instructional Exercises with Alternating Metres”, composed in Paris in 1938 but not previously published. Hitherto known only from his correspondence, Crotchets & Quavers was long considered lost until a manuscript copy resurfaced in Brno in 2011.

The four pieces here seem to me a far cry from the music of Martinů’s older compatriot Janáček, and are closer in tone to the piano music of Bartók, with their frequent time changes, insistent melodic patterns, chromatic counterpoint, biting dissonances and general economy.

Also appearing here for the first time, One-Step (from 1921) is a complete contrast, and far more obviously accessible – a jazz-infused piece that only existed in the composer’s autograph until now. The piece deliciously evokes its period, and will I think immediately appeal to players at this level, regardless of age.

Making up the collection, these “discoveries” are joined by some more dance pieces which Martinů composed in the 1920s – the joyous Black Bottom, which is reminiscent of Ragtime, On the Corner and Foxtrot – as well as three short Christmas pieces written in Paris, 1927. Like the Crotchets & Quavers miniatures, these include multiple time signature changes, but are based on folk-infused melody.

It is certainly striking to find such different musical styles side-by-side in this collection, which ultimately provides a highly enticing introduction to the piano music of this still-neglected composer.

All the pieces would be approachable for a pianist at around early advanced level (UK Grades 5-7).

The generous Preface in Czech, English and German highlights the fact that for editor Lucie Harass Berná, this was a labour of love. And understandably so, as these pieces are well worth investigating and bringing into the piano repertoire.

The book will of course appeal to piano teachers, amateur players, and all who have an enthusiasm for the music of Martinů. It comes very highly recommended!