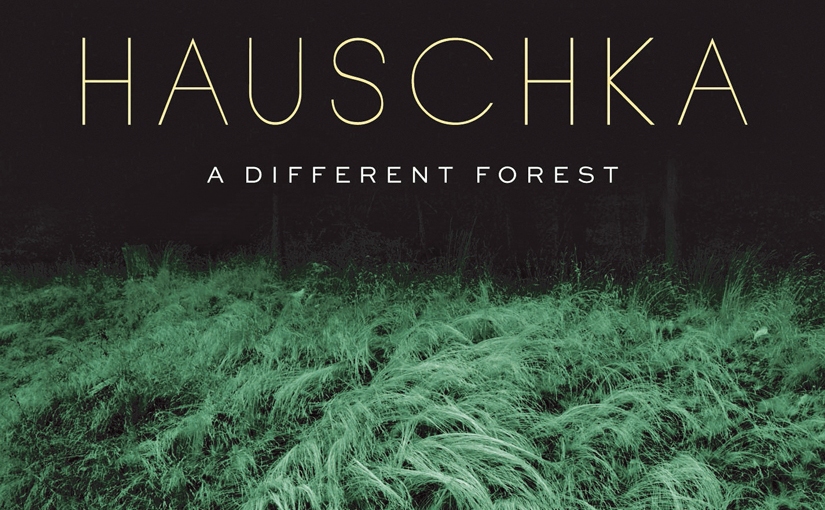 Known professionally as Hauschka, composer Volker Bertelmann has catapulted himself into the top tier of composers. Perhaps best known for his compositions for prepared piano, Haushka has also excelled as a film composer, receiving an Oscar nomination for his soundtrack to the 2016 film “Lion”.

Hauschka’s latest album A Different Forest, a solo piano recording (with some electronic elements and treatments), was released back in February on the Sony Classical label.

There is now also a supporting sheet music publication from Bosworth Edition, distributed by Hal Leonard, the subject of this review…

The CD album A Different Forest (which can be steamed on all major platforms or purchased on CD here) includes the following 13 compositions:

These are titles which seem to contrast forest and urban life, while hinting at natural experiences as metaphors for the most important things in life.

These three additional pieces nicely round off the collection, the first two in particular offering a slightly different (and more difficult) style to the rest of the album.

Overall, the style is the now-familiar “new classical” genre popularised by Einaudi and others. Here we find pattern-based pieces which are evocative, painting moody reflections and ambient tones.

That said, Hauschka at times flirts with more voluptuous dissonances than Einaudi allows himself, as in Ghosts, one of the more affecting pieces here. And over the course of this album, it’s fair to say that the composer’s own unique musical personality shines through.

Although not simplified, these pieces are all fairly easy to play, and would suit intermediate players.

Those at around UK Grades 3-4 would find them technically accessible, although the length of each piece might come as a daunting surprise until the players spots the degree of repetition.

Comparing the scores with the recording, they are certainly accurate other than the fact that some recordings include additional electronic elements.

The recordings also include a lot of audio effects: cavernous reverbs and delays which can’t be replicated without additional equipment. The temptation to compensate by blurring with the sustain pedal may be too much for some!

That said, I think it’s great that with this music an intermediate player could realistically and accurately reproduce a professional album in full; for players at this level who enjoy this style of music, the book is an essential purchase.

Not surprisingly, the cover reproduces the intriguing and lovely design of the CD album:

The book comprises 80 pages printed on white paper, with an initial Contents page leading straight to the music without further introduction or text. Pieces are interspersed with black-and-white photographs of the composer.

Hauschka’s music is certainly a pleasant discovery; that it grew on me with each listen and play is certainly also a promising sign that it may have lasting value.

From my point of view as a teacher, it’s also useful to discover a volume of original “new classical” pieces which, though unsimplified, can be attempted by younger and less advanced players, bringing a fulsome sense of accomplishment and enjoyment. Their accessibility is in part because Hauschka here avoids dense, angsty textures, and these pieces are more suitable for smaller hands.

With a rather hefty price tag (£21.50 at time of review), the book is perhaps positioned more towards existing fans than the curious; it makes sense to have a listen to the recordings and see whether Hauschka’s music is for you.

As for me, I’m impressed…

the PIANODAO website features 500+ FREE articles and reviews.
the blog exists thanks to generous DONATIONS from readers like you.
for extra support and music discounts, join the TEA ROOM COMMUNITY.