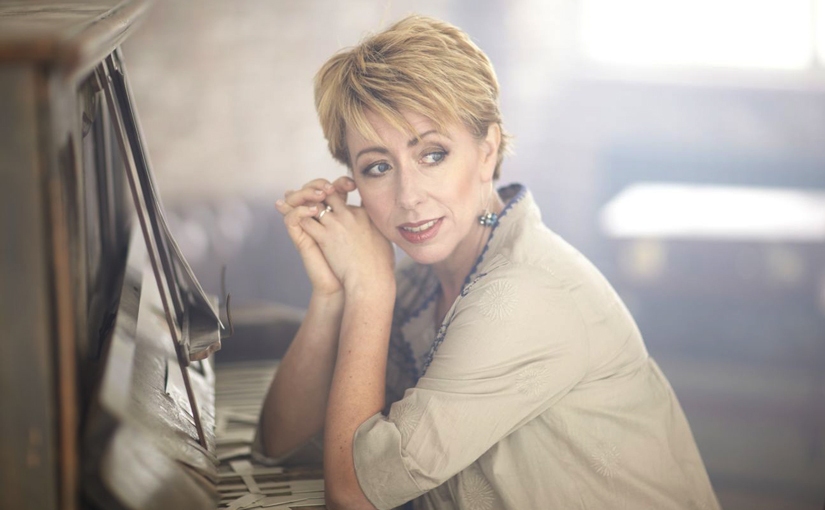 Reviewing the first two volumes in the ABRSM series Nikki Iles and Friends when they appeared in April 2021, I concluded:

“I have no hesitation in declaring this series an “epic win” for ABRSM. Don’t hesitate in getting copies!”

Suitable for intermediate to advanced players (UK Grades 4-8), the books have proven popular with players in my studio here in Milton Keynes and elsewhere. You can read my full review here.

Somewhat sneaking under the radar, a third book has now been added to the series. Nikki Iles & Friends: Easy to Intermediate will, I am certain, have huge appeal to players who are less advanced.

The sensibly age-neutral cover matches the designs of the previous two books, but beyond that there are some points of departure worth noting, so let’s take a closer look…

“Expertly curated and commissioned by Nikki herself, this book contains piano pieces at Initial Grade to Grade 3 level written by some of the best-known figures on the jazz scene.”

The 22 original compositions and new arrangements are:

The pieces have been organised in progressive order of difficulty, meaning that players can work through them sequentially and easily chart their progress. As with the existing books in the series, these are fully composed pieces without any suggestion of improvisation.

The first five pieces in the collection are technically accessible, although with its moving hand positions Mission: To Be Where I Am seems to me more difficult than the predominantly five-note pieces which immediately follow it. I would not be surprised to see any of these pieces appear at Initial Grade level in a future syllabus.

I find it interesting that the jazz musicians who composed them, dropped into the world of pedagogic music, have delivered pieces that sound much like classical method book material. A couple of the pieces hint at more complex modal jazz harmonies which might prove hard for elementary learners to aurally identify with, however.

Overall, these easy openers certainly aren’t the most catchy “jazzy” pieces I’ve encountered at this level. However, Nikki Iles’ arrangement of the Ghanaian song Senwa Dedende stands out as an absolute joy.

Things quickly pick up with I’m An Old Cowhand, the first piece in the book which uses swing quavers and sounds particularly “jazzy”. This is an easier version than the one which appeared in ABRSM’s Grade 2 (2015-16) book, and heralds a succession of appealing pieces. The rock ‘n’ roll drive of Nikki Yeoh’s Berry’s Smoothie is sure to be a particular hit with younger players.

I also really enjoyed playing Pete Churchill’s Chachalaca (players will need to be careful not to rush in this) and Moby’s Day Out, a cheerful swing piece which affirms this composer’s gift for writing jazzy pieces that are sure to have wide appeal.

The easy-going vibe of Pete Letanka’s deftly crafted Rosey Mosey also brought a smile to my face, as did the same composer’s Sophiatown, inspired by the music of the townships of South Africa. And of the later pieces in the book, Nikki Iles’ own composition Sunny Side Up is a standout hit which I just loved discovering.

Overall, the collection has striking variety, including everything from African to Latin vibes, swing, blues, and modern jazz. This certainly adds to the educational value of the publication as a sourcebook for exploring musical style. At the same time, for me at least, some of the pieces make more of an impression than others.

It is notable that for this third collection in the series, Iles appears to have a new set of friends on board. While the first two books boasted a starry list of jazz luminaries including Tim Garland, Julian Joseph, Zoe Rahman, Jason Rebello and Gwilym Simcock, for this collection the brilliant Pete Churchill is the only returning composer/arranger.

Nikki’s new cohorts are certainly welcome to the fold, but I can’t help wondering what additional inspiration the previous, winning team might have brought to this collection.

Earlier I noted that this publication diverges from its predecessors in the series in a few ways, so I should elaborate.

Firstly the similarities: ABRSM Publishing can always be congratulated for producing high quality scores, and in terms of its editorial excellence and presentational clarity this book is no exception. Their publications really are a cut above most of the direct competition.

Although this Easy to Intermediate collection has more pieces than the other titles in the series, they are mostly of a single page; overall this book is thus thinner, with 32 pages printed on high quality off-white paper.

The biggest product change is that, in common with the recently released 2023-24 Piano Exam Syllabus publications (reviewed here), ABRSM have sensibly replaced the previously included CD recordings with audio downloads. These were recorded at The Warehouse in London, and feature Nikki Iles performing demonstrations of each piece as a piano solo.

ABRSM are to be congratulated for their ongoing commitment to jazz piano, and to broadening the musical range of their publications in general: a trend which is clearly now gaining pace.

This new publication certainly fills a particular gap in their current lineup, and brings a sense of completion to the superb Nikki Iles & Friends series. Sheet music prices do seem to be creeping up along with everything else at present, but this whole series represents good value.

And while plenty of music books come my way whose shelf life proves fairly short, this is a series which will likely remain popular for years to come.