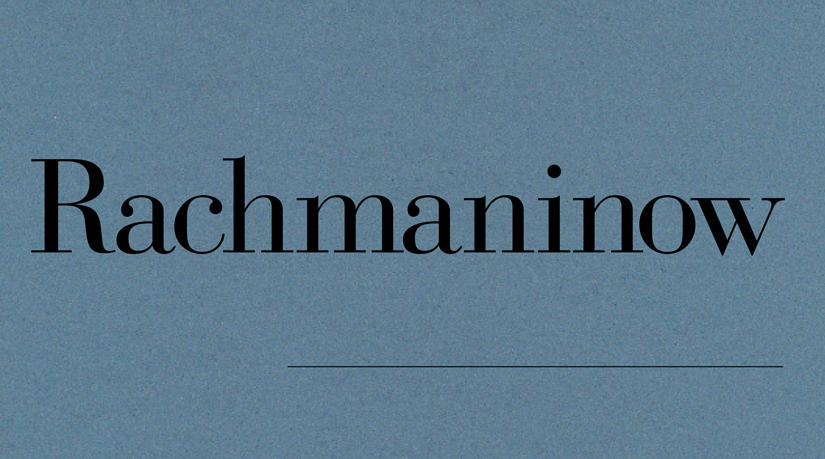 Rachmaninov’s Sonata No.2 in B flat minor Op.36 is one of those gargantuan masterpieces generally only attempted by those with a truly titanic technique. But for anyone interested in playing, studying or getting to know the work, Dominik Rahmer’s brand new edition for Henle Verlag will be of profound interest.

Rachmaninov worked on his Second Sonata over several months in 1913, beginning it while in Rome and later completing it in Russia and including it in his concerts that Autumn prior to its publication the following Spring.

Although conceived in three movements (Allegro agitato, non allegro, Allegro molto), the Second Sonata flows as one astonishing piece, its bravura technical demands matched by that dark emotional intensity which runs through so much of Rachmaninov’s music. The movements are bound together by thematic cross-references and transformation; in particular, the opening descending passage pervades all three movements in different guises.

The original version is not without its problems however; not only is the scale of the work daunting, so too some of the passage-work makes very significant demands on the performer. Dominik Rahmer cites Rachmaninov’s own thoughts, as expressed when he himself later wrote,

“I look at some of my earlier works and see how much there is that is superfluous. Even in this Sonata so many voices are moving simultaneously, and it is so long. Chopin’s Sonata lasts nineteen minutes and all has been said.”

It was no doubt to address these points that Rachmaninov set about revising the Sonata in the summer of 1931, just as he was also composing his final solo piano work, the Corelli Variations.

In this revised version, Rachmaninov makes significant changes to the piano writing throughout, both giving the piece a cleaner, more transparent texture and at the same time making the piece easier to play. In addition to these changes, he reduced the overall length of the Sonata by some 120 bars, tightening the structure considerably.

In spite of these efforts, as Rahmer points out in his concise but illuminating Preface to the new Henle edition,

“The question of whether Rachmaninov really altered the Sonata to its advantage is disputed to the present day among pianists and music critics. While many authors consider the significant cuts as a successful tightening up and elimination of unnecessary virtuoso ballast, the opposing faction criticises this intervention as a mutilation that upsets the Sonata’s formal balance and thematic conception.”

He goes on to note that while the revised version is the one frequently heard, some such as Zoltán Kocsis have advocated a return to the unaltered first version, while many others (notably Horowitz and Van Cliburn) have produced their own composite versions, based on their preferred elements from both.

Rammer concisely explains that for this new edition:

“In order to make possible a direct comparison and allow today’s performs a free choice, the present edition reproduced both the 1913 and 1931 versions, unaltered and unmixed.”

This is the same tactic used by Boosey & Hawkes for their version (until now the standard). It is left to the performer to decide how best to proceed, but with such a clear text direct comparisons are easy enough.

The primary sources used for both versions are their respective first editions, which were proof-read and authorised by the composer himself.

Finally, the edition is also available within the Henle Library app, so those committed to carrying their scores on iPad or tablet devices can head over to purchase their digital copy.

2018 has been a significant year for Rachmaninov editions; back in the summer I reviewed volumes 2-4 of the new critical urtext editions from Russian Music Publishing in association with Schott Music GmbH and Boosey & Hawkes, and how stunning those were! That ongoing project has not yet included the Second Sonata however.

In the meantime this new edition from Henle Verlag sets the bar very high indeed, and is for now the obvious choice for pianist, scholar and Rachmaninov enthusiast alike. This is simply a brilliant score!