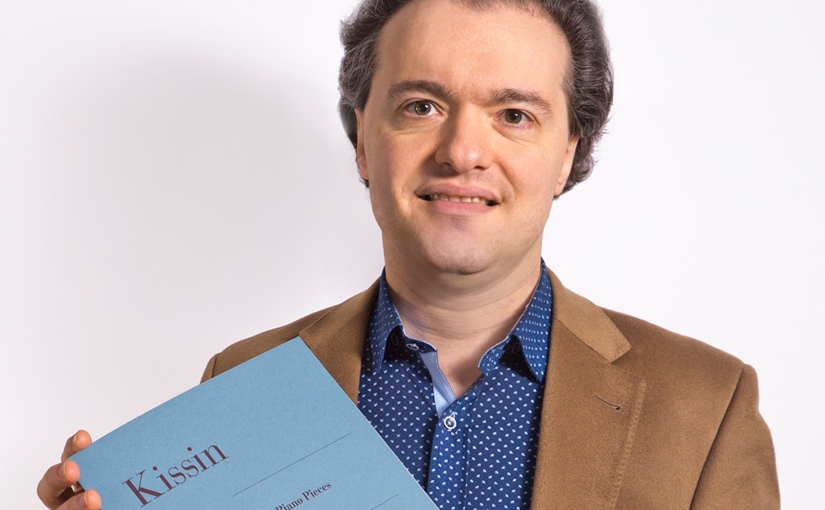 Evgeny Kissin hardly needs any introduction to readers of Pianodao: one of the leading pianists of his generation, Kissin’s stunning performances and recordings have wowed audiences worldwide.

Now he joins that highest echelon of the great pianist-composers by bringing the world his first solo piano compositions.

And yes, this is the first time that Henle have committed to publishing the work of a living composer. Picking our jaws up from the floor, let’s find out more…

Prior to these first works being published, few were privy to the knowledge that Kissin has been composing since early childhood.

Interrupted at times by his global piano career, he started composing again intensively a few years ago, having once more felt the “urge”, as he puts it. Ideas and fragments from his earlier years flowed into the works now published, which are informed by a variety of styles.

According to his publishers,

“With these editions, created in strict accordance with our rules governing music engraving and production, musicians now also have the opportunity to discover Evgeny Kissin as a composer. It’s well worth it!”

The set begins with the piece Meditation, about which the composer tells us (in an interview on the publisher’s site),

“When I finished these piano pieces the admired composer Arvo Pärt gave me some precious advice about the “Meditation” which was absolutely right. So I made some corrections.”

The piece marks an extraordinarily sombre and dark opening to the set, with a static ostinato bass underpinning dense atonal chord progressions, the yearning melodic motif meandering inexorably towards a terrifying summit before decaying, perdendosi, into nothingness.

Next comes the Dodecaphonic Tango, a piece which accomplishes exactly what you would expect from its title. Here’s the maestro’s own performance of his piece; note its difficulty, and the huge physical stretches involved in the chordal playing:

The Intermezzo Op.1/3 is, at just 16 bars long, small but perfectly formed (and the only piece of the four which I could sight-read!). A simple piece of counterpoint in two voices, the hands gradually weaving their descent, buoyed along by chromatic inflections.

And finally we reach Toccata, the fourth piece and certainly a climax of the set. Here is a delicious encore if ever I’ve heard one, it’s virtuosity and jazz sensibilities recalling Kissin’s compatriot Kapustin (whose music I’ve reviewed here and here):

Kissin tells us that he began this work in 1986, but abandoned it early on, returning to it a few years ago and moulding it into its fantastical present state; it’s an absolute firecracker!

Kissin approached Henle to publish these pieces and his other works, in his words telling them:

“Because you are the best, obviously, everyone knows this! I love studying music of great composers using Henle Urtext editions.”

And who can argue with that?

Henle have certainly done him proud too, with a lovely score that appears in their standard house style, which of course musicians everywhere love.

After the title page, the four pieces appear in order, spaciously and beautifully presented. Kissin’s writing is detailed, with precise performing directions throughout.

The edition is also available digitally within the Henle Library app.

It is cause for great joy that so many concert virtuosi have proven themselves adept composers whose original work has value in its own right.

While the Toccata has already proven an encore favourite with Kissin’s own audiences, and is the obvious highlight of the set, I hope other pianists will embrace these interesting and truly successful pieces, which reveal a composer of considerable skill, and who undoubtedly has much more to say…

Congratulations must go too, to G. Henle Verlag for recognising Kissin’s talent as a creator, taking a leap by supporting a contemporary composer as they already so wonderfully do the established core classics. Bravo indeed!