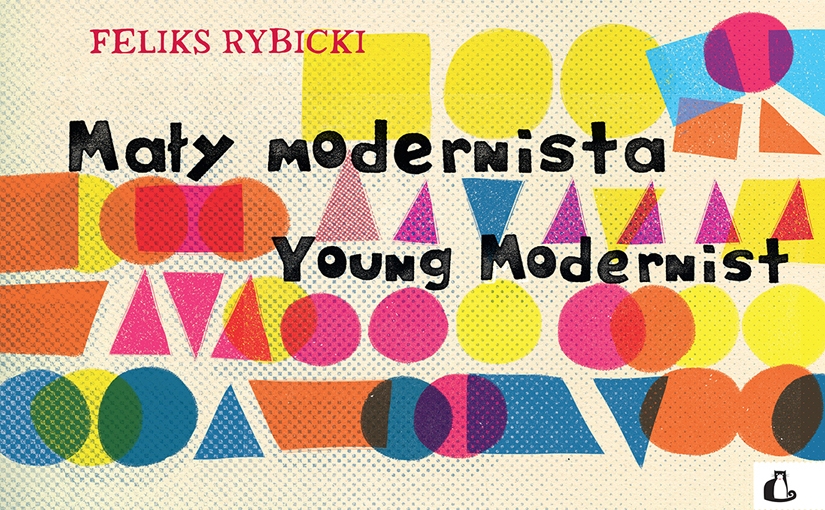 “The piano educational music of Feliks Rybicki is one of the great treasures of the pedagogic repertoire, and deserves to be known by teachers and students everywhere…”

In that review I considered his trilogy I Begin to Play, I Am Already Playing and I Can Play Everything for piano, published worldwide by PWM Edition, who have now reissued another of Rybicki’s early intermediate collections, Young Modernist.

This edition once again appears in the “CAT” series aimed at children, in landscape format, and with superb colour illustrations within…

If you read my previous review of his music, you will already know that Feliks Rybicki was a pianist, composer and conductor who was born in Warsaw in 1899, and died there in 1978.

Rybicki composed primarily vocal works, as well as chamber and piano music including many educational works. His music generally has an easy appeal, while revealing the hand of a consummate craftsman with a care and understanding of solid pedagogy.

Young Modernist was, according to the copyright in this publication, published in 1958, although the pieces were composed earlier. In this collection, Rybicki experiments with atonality and dissonant harmonies, making these pieces rather a contrast with his collections that I previously featured, and arguably giving these pieces less obvious and uniform appeal.

However, there is considerable interest and variety here, with music that undeniably speaks to the imagination of the young player, while enlarging their experience of a more intriguing musical language.

In terms of technical development, the collection as a whole will develop the player’s ability to voice chords with even weighting, including within closed cluster shapes.

The hands often cross, interweave and play in close proximity, sharing the treble clef range. Indeed, other than in Cat and Mouse, Toboggan and Etude, the bass clef barely only appears at all at closing cadence points.

The standout pieces for me are the lovely Lullaby, catchy Foxtrot, imaginative Toboggan and closing Etude, whose dashing figurations are far easier than they sound, making it a likely favourite with those younger players who like to show off!

The 32-page book has a vivid period-appropriate cover (designed by Joanna Rusinek) with ivory cream paper within.

The pieces mostly take up two pages each, and where space allows Olga Gruberne-Buk’s delicious illustrations appear in pastel colours, adding considerably to the overall visual appeal of the publication.

The fresh edition has been prepared by Agnieszka Podsiadło.

The CAT imprints from PWM Edition continue to impress, bringing valuable (if lesser-known) educational music to a wider international audience of young pianists in accessible and attractively presented books.

This latest edition is another delight. Those who already admire the educational music of Feliks Rybicki (as I certainly do!) will rejoice to see this collection available again, and so beautifully presented.

Those who haven’t yet discovered this composer shouldn’t miss the collections I’ve already recommended, but Young Modernist further enhances the impression that Rybicki is one of the most interesting composers of pedagogic piano music of the last century.

Here, then, is a thoroughly worthwhile purchase. Teachers and parents of younger intermediate pianists, and especially those who show a flair for musical adventure, should certainly grab a copy without delay!