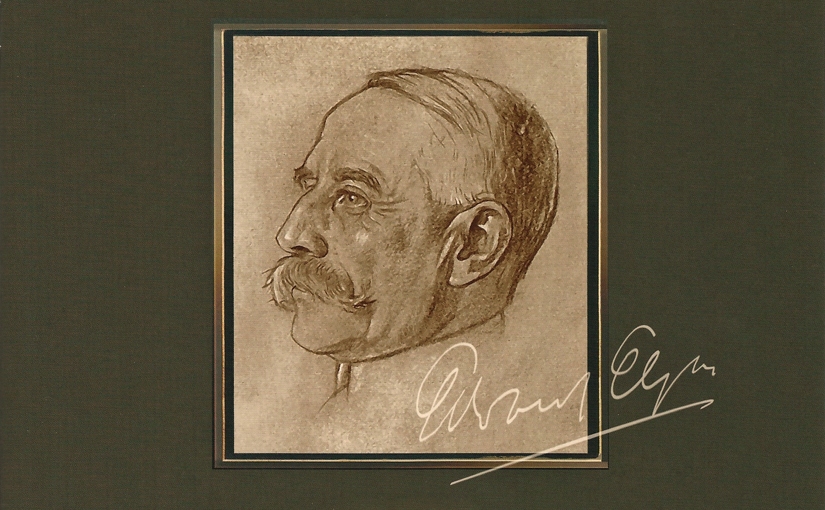 Once again, it’s a collection that’s well worth a look, so let’s take one…

Given the lounge jazz emphasis of Cornick’s previous duet collections, from the bestselling Tea for Two to the recent Dinner for Two (which I reviewed here), the switch to arrangements of Elgar is a somewhat unexpected one.

That said, the pieces are selected from Elgar’s lighter “salon” output, and are as follows:

The first four of these pieces were originally written for solo violin and piano, while the latter two pieces were written for orchestra and string orchestra respectively. As Cornick explains in his Preface, arranging these works for piano duet is not without its challenges:

“Leaving aside, for the moment, the inability of the piano as a pitched percussion instrument to crescendo or decrescendo through sustained notes (which consequently render many of Elgar’s ‘micro-hairpins’ inoperative), there is also its inability to provide the expressive tonal range of the instruments of the string family…”

It’s clear (and interesting) that Cornick is intent on providing arrangements here which remain as faithful to the originals as possible, but he goes on to say,

“Some small changes have been made in these arrangements which are intended to offset the limitations of the piano referred to above as well as reflecting more recent approaches to performance. Throughout, however, Elgar’s original choice of key signatures has been retained and it is hoped that performers will feel that his musical intentions have been respected.”

Cornick’s comments rather invite comparison with the original scores, and I’m pleased to confirm that he has indeed remained remarkably true to Elgar’s compositions, retaining not only the key but also the length and structure of the miniatures (only the Enigma Variation arrangement necessarily strays a little, for obvious reasons; here Cornick links the main Theme to the popular Nimrod with a short passage gleaned from Elgar’s bridge between Variations 8 and 9 in the original).

Given his comments, it’s interesting to note that Cornick has retained as much as possible of Elgar’s original articulation, and certainly more than I have found in other arrangements of these pieces.

Contributing further to the fidelity of these arrangements, the secondo part is often quite close to the piano accompaniment of the violin/piano originals, while assuming the role of the lower end of the orchestra for the final two pieces in the collection. Happily, Elgar’s writing embodied masterful attention to the musical engagement of all players, so even the accompaniment passages are genuinely rewarding to play.

It’s perhaps no surprise to add that these duets are a little more demanding than some of his previous collections; I would place them all at the top end of Intermediate and perhaps best suited to Early Advanced players (so around UK Grades 5-6).

As with all Cornick’s publications for UE, the book is beautifully presented, the shiny card covers depicting a well-known image of the great composer:

Inside, the 40 pages are spaciously and clearly printed on high quality white paper. The aforementioned Preface appears in English, French and German, and there is an obligatory page advertising Cornick’s other publications at the back. The rest of the publication is given over to the scores themselves.

It’s worth noting that unlike Cornick’s previous duet books, Elgar Favourites doesn’t include a CD with minus-one tracks, which will be a minor disappointment for those who have come to enjoy using those.

I am quite a fan of Cornick’s duet books in general, but this one is something particularly special.

As a consummate pianist and musician, as well as superb arranger, Cornick can always be relied upon to deliver music that combines pedagogic and musical value, stylistic attentiveness and pure enjoyment.

In applying these qualities to the music of Elgar, with its exquisite part writing and truly scrumptious melodies, and in simultaneously remaining so closely faithful to the originals, Cornick has scored a singular and splendid triumph with his Elgar Favourites.