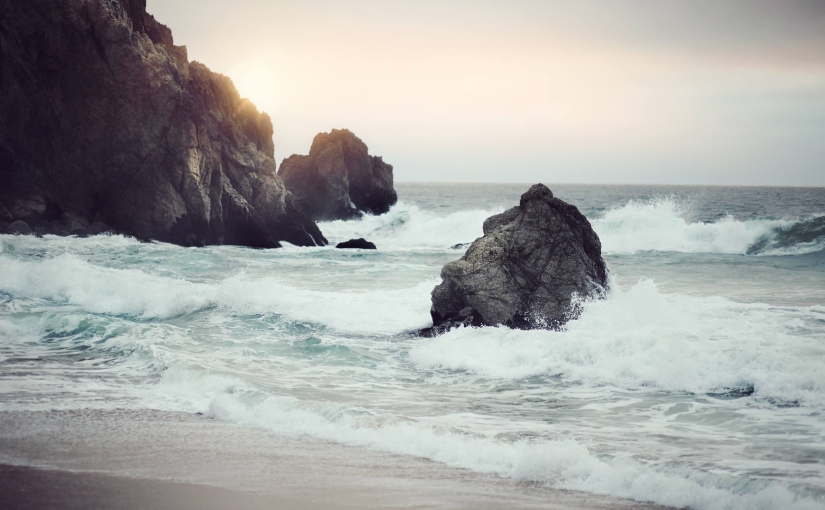 Setting our piano journey in its living context.
Written by Andrew Eales.

“Installing air filters in classrooms can raise children’s scores in tests by the same amount as cutting class sizes by a third, research has found… Mike Gilraine, author of the paper and assistant professor of economics at New York University, said the improved scores were equivalent to ‘roughly two-and-a-half months of extra learning’.”

So blazes a news story published in The Times on January 10th 2020. The article quotes from research suggesting,

And it goes on to point out that several London schools, having installed air filters in classrooms. have reported reductions in absence because of sickness, which teachers attributed to cleaner air.

Given my previous writing about the centrality of breathing in piano playing, regular readers will no doubt anticipate that none of this comes as a surprise to me; indeed, I believe that quality of air in my teaching studio is a paramount concern, and have encouraged players and teachers to take the issue seriously long prior to these new findings.

In this article I will offer some simple advice about air quality and the need to create a suitable environment for piano learning. But rather than focusing on the educational benefits in isolation, we need to consider the health benefits first and foremost…

Air pollution threatens the health of people in many parts of the world. According to the World Health Organisation (WHO), new estimates in 2018 reveal that 9 out of 10 people breathe air containing high levels of pollutants. Ambient (outdoor) and household (indoor) air pollution are responsible, they say, for around 7 million deaths globally per year.

Meanwhile, a recent article from New Scientist references a study suggesting the number is closer to 9 million deaths annually, with some 800,000 in Europe (including the UK).

“The study suggests air pollution is a bigger killer than smoking, which using the same method is estimated to cause 7 million extra deaths worldwide each year.”

A recent article for Which? magazine, published by the Consumer Association in the UK, explains why indoor air quality poses a health risk:

“We all know that outdoor pollution is a problem, but the chances are you don’t worry too much about the quality of the air in your own home. Yet many of the things we do to make our homes more comfortable, such as decorating, burning candles and using air fresheners, can increase our personal exposure to pollutants, and contribute significantly to our collective national emissions. And, as we spend about 90% of our time indoors, this isn’t something we should ignore.”

Given the sedentary indoor nature of piano teaching and practice, many readers will be quick to identify with this.

The WHO Guidelines for Indoor Air Quality (2010) explore and seek to address the problem of indoor pollution:

“Globally, people are spending an increasing amount of time indoors. There they are exposed to pollutants generated outdoors that penetrate to the indoor environment and also to pollutants produced indoors, for example as a result of space heating, cooking and other indoor activities, or emitted from products used indoors.”

The WHO Guidelines identify and focus on a range of serious air pollutants often found in the home, workplace and public indoor spaces.

Suffice to say, the science of air quality is incredibly complex. Even a casual glance at the Wikipedia article on the subject reveals a substantial list of common indoor pollutants including:

One of the most subtle but pervasive of these pollutants in a typical practice room or teaching studio is carbon dioxide (not monoxide), the humans in the room being the primary source.

The alarm is sounded in the article Sick Classrooms Caused by Rising CO2 Levels, in which Brian W. Smith is quoted:

“Exposure to CO2 can result in drowsiness, eye irritation, and inability to concentrate. If a ventilation system provides inadequate fresh-air intake, levels of CO2 in the classroom can rise dramatically during the course of a classroom session.”

According to the article, normal outside air contains carbon dioxide at a level around 400 parts per million (or ppm) while the accepted standard CO2 level in a classroom is 1000 ppm.

But carbon dioxide concentrations in closed or confined rooms can increase to 1,000 ppm within 45 minutes of enclosure. That’s the typical length of one of my piano lessons; likewise, the daily practice session time I recommend to intermediate to advanced students.

The main fix for the problem of carbon dioxide is to ensure good ventilation, e.g. by opening the window. But depending on the season and time of day, we need to also ensure that the room is warm enough for fluent, uninhibited piano playing.

Time to Spring Clean your air…

But what about other common and likely pollutants in your piano room?

Again I must reiterate: air freshener sprays, room fragrances, infusers and scented candles are not designed to remove pollutants or fix any of these air quality problems. All of these may be pleasant, but in using them it’s important to understand that at best they only mask stale or unpleasant odours; at worst they can exacerbate air pollution.

Happily, when it comes to dealing with common pollutants, simply opening the window is often the best solution. And there are plenty of other simple common sense fixes.

This is self-evidently a good checklist, and though mostly obvious, I have to confess that I had not previously thought about the importance of opening windows while doing the dusting and hoovering, for example, so that particles disturbed by my cleaning activities don’t remain airborne in the house.

I would suggest that anyone teaching from their home should consider this list not simply essential, but their basic responsibility. The final suggestion of considering an air purifier however needs a little unpacking.

“As well as taking the above steps, you could consider an air purifier, particularly if you have allergies or respiratory problems, live near a major road or industrial facility, or you’re often exposed to second-hand smoke or odours that you have no control over.”

Which? recommend choosing one with a HEPA filter to remove dust, pet dander and smoke particles from the air, while noting the additional benefits of an Active Carbon Filter to remove smells and gaseous pollutants. A quick look at the market reveals plenty of choice, although cheaper models (under £100) aren’t generally recommended.

Some units not only include both filters, but come with built in timers, air quality monitors, wifi controls, UV lamp to destroy germs, and even in a few cases, an ioniser …

While the filters in most standard air purifiers get to work cleaning the air we breath by removing the bad agents in it, ionisers take a different but complementary approach. A simple ioniser unit is also far cheaper than an all-singing air purifier.

People have understood for centuries that in some locations, such as high in the mountains, standing beside a waterfall or on a beach, the air has invigorating properties not found in urban areas. This is why, even centuries ago, the monks and marital artists of ancient China chose to pursue their practice in such places.

Today we understand this natural phenomena more fully, because we recognise the vital function of the ‘negative ions’ in our air.

Virtually all particles in the air have a positive charge, while negative ions have a negative charge. When present in sufficient numbers, these negative ions magnetically attract particles such as dust, pollen, bacteria, viruses, germs, mould spores, odours and more, causing them to become too heavy to remain airborne.

In nature, negative ions are generated by processes such as sunlight, lightening, waves, wind and flowing water. In our modern urban landscapes however, negative ions can be critically low, meaning that the air we breathe is unable to clean itself as nature intends.

An ioniser seeks to redress this unhealthy balance by filling our indoor environment with essential negative ions.

In my own studio I use a Heaven Fresh HF 210UV Ionic Air Purifier, from within which twenty five ionised pins release millions of negative ions into the air space. Electro-statically charged plates then trap particles and pollutants. The unit also includes a germicidal UV lamp which destroys germs, viruses, bacteria and fungi. It has a compact and elegant design, ultra low power consumption, never needs a filter replacement, and is almost silent in operation.

Much as I can highly recommend this unit, it doesn’t appear to be in production at present; those interested in installing an inexpensive ioniser in their own studio (and throughout the homes!) might therefore be interested in the smaller PureMate 6W Silent Ionic Air Purifier, available for under £50 from Amazon here. I have used this unit in the past, and again found it very effective.

In particular, I have noted that when using an ioniser my attention is sharper, and I am less prone to fatigue and minor illnesses. Since installing a negative ioniser in my teaching studio, many students have independently commented on how fresh the air here is.

As our global awareness of pollution and its devastating health impact grows, there has never been a more urgent time to reconsider the quality of the air in our own homes and workplaces.

Most of us, when practising the piano, want our environment to be a comfortable one; air quality clearly has a bearing on this. And the added bonus of invigorating air charged with negative ions is a boon for concentration and focus.

How fascinating that, in addition to the health imperatives of clean air, we are now seeing the direct link and impact it has on teaching and learning. And those of us who welcome students and their families into our teaching studios need to remain mindful that they are entrusting us with their health and wellbeing.

With such information now widely understood, I am sure anyone reading this will want to take action straight away, for their own, their families, and their students benefit.

4 thoughts on “The Pianist’s Air”