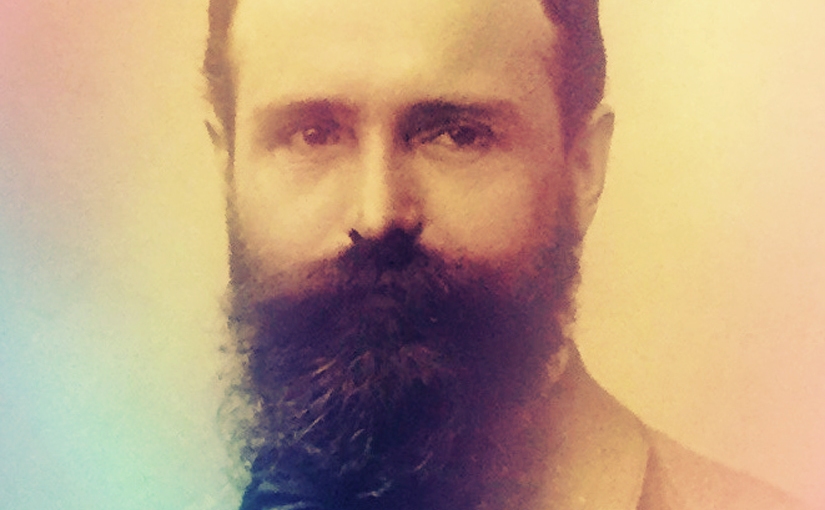 The name Eusebius Mandyczewski may be new to you, so let me start this review by telling you a little bit about him…

Mandyczewski (1857-1929) was a Romanian musicologist, composer and conductor. From 1887 to 1929, he was the archivist and librarian of Vienna’s Gesellschaft der Musikfreunde. He concurrently taught music history and counterpoint at the Conservatory of the Musikfreunde, where his students included Hans Gál, Gerge Szell and Karl Böhm.

As a composer, Mandyczewski fell into oblivion, having never quite achieved a decisive breakthrough despite writing several choral works, as well as two sets of piano variations, several song cycles and other vocal works published in his lifetime.

As a music editor he achieved enduring longevity however, producing a complete Schubert Edition and (with Gál) a complete edition of the works of Brahms, with whom he had enjoyed a close friendship over many years.

I have previously reviewed Mandyczewski’s benchmark edition of Brahms Complete Piano Works, and the same publisher now brings us the First Edition of his newly resurrected Little Cadences, Canons and Preludes for Pianoforte, dating from 1916, and first performed in public on September 2nd, 2018.

In the Preface to this edition, editor Dietmar Friesenegger draws us into the publication with these evocative words:

“A small, outwardly unassuming musical notebook, which one hundred years ago was the property to a twelve-year-old girl in Vienna, is kept at the University Library of the Western Ukrainian city of Chernivtsi. On its first few pages we find entries in a child’s handwriting…
Thereafter the child’s jottings in varying degrees of carefulness give way to an exquisite, artful script, and instead of exercises from the daily musical routine, something exceptional has been preserved on these pages: thirty-six miniatures for piano in all keys of the circle of fifths and in church modes, as well as two preludes that modulate “through all keys”. A title and dedication by the girl’s father precede the compositions:

Little cadences, canons and preludes for pianoforte. For my dear Viki for December 17, 1916. Eusebius Mandyczewski.”

Concerning the first performance of this extraordinary find, Friesenegger writes,

“More than a century after its composition, a private pedagogical compendium was turned into a concert piece; previously it had been reserved for a single person, the composer’s daughter Virginia (“Viki”) Mandyczewski, who must have been an unusually talented piano student.”

Excepting the closing two Preludes, the 36 pieces are each little more than musical snippets, ranging in length from just two bars to sixteen, mostly just one or two lines of music notation. And yet most find time within their brief span to at least hint of a modulation to come before chromatically turning back around to deliver their promised cadence.

Texturally, the pieces include a mixture of predominantly chordal pieces and imitative contrapuntal ones: simple canons. The harmony is as one would expect for a disciple of Brahms, and the pedagogic design and intent is rarely out of sight.

In common with better examination syllabi, keys are introduced in strict order: one flat, one sharp, two flats, two sharps, and so on. Mandyczewski pursues this further than most, including the unlikely but theoretically possible keys of C flat major, A flat minor (both with seven flats), C sharp Major and A sharp minor (seven sharps) before delighting us further with distilled musical moments in the Dorian, Phrygian, Lydian, Mixolydian, Aeolian and Ionian modes (all in their most basic no sharp/flats form).

This exhaustive range of tonalities is matched by an impressive range of metre from alla breve to 7/4, and from 2/8 to 12/8. More impressively still, there is a veritable cornucopia of mood here, each piece allowing the listener, as Friesenegger eloquently puts it,

“…to witness the composer’s ability to paint a vivid scene in a matter of two or four measures.”

Concluding the compendium, the Two Preludes through All Keys are necessarily more substantial. The first is written for the Left Hand only, and I won’t deny finding it taxing to play the first time through. The second piece here, equally gnarly to sight-read, bears the subtitle The End and performance direction “Gemessen”, measured.

By this point I could only speculate whether little Viki was simply precocious, or whether Eusebius, with a twinkle in his eye, had deliberately concocted this music as a delectable but time-consuming conceit to keep her out of mischief!

Within, the 28 pages are printed on luxury cream paper. After the title page, there are four pages of black and white images: a photograph of the composer with his wife and daughter, and three facsimiles from the sole surviving source of the work, Viki’s personal copy.

The book concludes with a short Critical Report, and the reproduction of a delightful poem the composer wrote for his daughter.

Overall then, this is a classy and superbly presented production.

When reviewing any publication, my first question is to identify who the book is aimed at. In this instance that question is not so easy to answer, because there are a number of potential enthusiasts for it, most obviously:

My hope is that there will be others, not covered by this list, whose curiosity is aroused sufficiently by this review to consider taking a closer look.

In many respects, these little musical snippets seem to me a century-old precursor to the exercises that Trinity College London include in their exam books, albeit in a more systematically structured guise here. Teachers who relate to the comparison may find themselves particularly interested in the publication as an additional source of material. And speaking of grades, I would say these are suitable for those around Grades 4-5.

Whether these engaging miniatures ultimately prove to be delicious confectionary or nutritious theoretical supplements I have yet to fully decide, but either way they are a delightful discovery.

From every angle, Mandyczewski’s Little Cadences, Canons, and Preludes for Pianoforte are a splendid achievement!

For support learning to play or teach piano:
Book A Personal Consultation
For quick but detailed advice on your playing:
Get Constructive Feedback

The Pianodao site features 500+ FREE articles and reviews.
The site exists thanks to generous donations from readers like you.
For extra support and music discounts, join the Tea Room community.