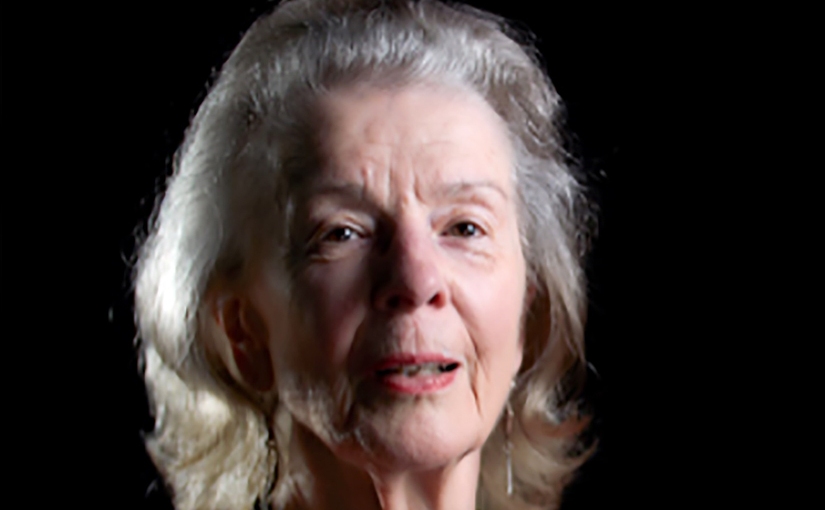 I was saddened to hear news of the recent passing of the beloved pianist, teacher, educator, writer, and composer MARGARET MURRAY McLEOD (1936-2021).

In this moving appreciation, guest writer MURRAY McLACHLAN pays tribute to one who made such a wonderful difference in the lives and music-making of many…

Margaret was an extraordinary, talented person in so many ways. She was driven by the desire to give. Her contributions to society, pupils, colleagues, organisations, and family are immense and serve as a model for all of us, even though there are few if any of us who could begin to match Margaret in terms of what she achieved.

She was an immensely talented individual, a beautiful person who touched so many of us through her tremendous warmth, loyalty, energy, and devotion. Her beauty is evident in many touching photographs from different periods of her life…. But the real beauty in Margaret was so much more than her physical attractiveness, considerable though that was.

She cared with beauty. Her pupils’ development mattered deeply to her. Margaret cared so much for Napier (where she was a remarkable head of keyboard), for ABRSM (for whom she did countless national and international tours as well as articles, presentations and books), for EPTA and EPTA Scotland in particular (regional organiser, EPTA UK Management Committee Member), for the Scottish Chamber Orchestra (for whom she played harpsichord and Piano), and for the Royal Academy of Music (where she graduated from after a hugely successful studentship in which she won the coveted Scott Huxley Prize for accompaniment).

She was a vibrant speaker. She wrote enthusiastic reviews and teaching notes. She was passionate about training new teachers. The burning desire she felt to help new teachers resulted in an extraordinary annual summer course at Napier which ran for many years, and which was hugely successful in helping to support and encourage new generations of musicians to become piano teachers. Margaret’s piano teachers’ course remains the flagship model of its kind, and it remains by far the most successful piano teaching course ever to have been held in the United Kingdom.

But all the above is but a superficial beginning… Margaret was so much more than that. She never retired; she was constantly working, supporting, encouraging, and motivating. Every phone conversation I had with her (and there were many) always included a new musical project for her, or me, or usually both of us, to get stuck in with.

She wrote a wonderful book on piano pedalling which was well received, and which really needs now to be reprinted. She planned a follow up book to this excellent first volume.

Margaret was also a highly accomplished composer in her own right. A number of her beautifully crafted miniatures are still available in print. Additionally, she made transcriptions, including a most exquisite one for clarinet and piano duo of John’s solo piano version of the ‘Three Interludes’ from his film score ‘Another Time, Another Place’. I was deeply honoured and privileged to perform Margaret’s transcription with the clarinettist and principal of RNCM, Professor Linda Merrick at a special John McLeod 80th birthday concert in 2014.

Margaret had a highly stimulating and extremely busy career. Her performances ranged from triumphant renderings of Bartók’s Third Concerto through world premieres of her husband’s works, duo sonata repertoire and harpsichord continuo work (as well as much else).

But in spite of such ‘perpetual motion’, she never failed to be anything other than a wonderful mother and grandmother, and an extraordinary wife! As partner to John she was, undeniably, superwoman. Her energetic fervour, loyalty, and passionate endeavour knew no bounds when it came to supporting John McLeod the composer. Not only did she perform her husband’s glorious music, but she also helped and assisted with the tiring tasks of administration, copying, proof-reading and so on. And she was far from inactive in terms of promoting John’s music: Immediately after her husband John’s Sixtieth birthday concert at Napier University in 1994 (an event which Margaret lovingly organised and masterminded) the composer Ronald Stevenson pulled me aside and said,

‘We should be deeply moved, touched and humbled by the huge love that Margaret has just shown to dear John. That is devotion. That is loyalty’.

Ronald Stevenson always had a soft spot in his heart for dear Margaret, just as I am sure everyone privileged enough to come into contact with her did too. When John phoned me on Monday with the sad news, of course tears immediately filled my eyes, along with deep concern for John himself, who has lost his devoted partner after over 60 years of blissful marriage. Indeed, they had only just celebrated their Diamond Wedding anniversary on 12 August in a hospital party at which Margaret showed extraordinary fortitude, positivity, and spirit.

But, as the grief continues, we should also feel a deep sense of gratitude for all that Margaret did. She was courageous beyond belief in the face of her final illness, over the past twelve months in particular, so it is a merciful blessing indeed that she is no longer suffering.

There remains a deep held conviction that Margaret is continuing to inspire us all by watching over what we do. In particular she will ensure that the world shows continued loyalty for John’s glorious music. As mentioned earlier, Margaret assisted so much in John’s artistic work, and John looked after Margaret too. In the final months, as throughout all their marriage, John was exceptionally caring and loving. It is comforting to know that she spent her final days in her beloved music room, surrounded by flowers with her Steinway grand and photos not only of her family but also including one of Emil Gilels, her special pianistic hero.