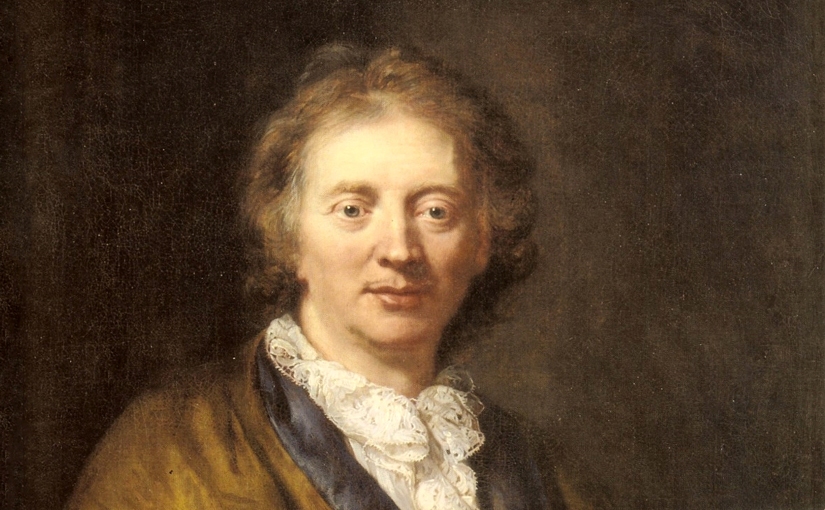 François Couperin ‘le grand’ (1668-1733) was undoubtedly one of the great keyboard composers. His seminal influence is not only evident in the music of later French composers from Rameau to Ravel, but as an antecedent finds echoes in Chopin’s piano miniatures and even perhaps (by way of Creole migrants) the rhythms of New Orleans Jazz.

And yet his music remains too little known, and too rarely performed. But now we have an even better chance to explore his glorious solo keyboard output, thanks to Bärenreiter’s recent publication of a stunning new edition of the Second Livre (1717) of Couperin’s Pièces de clavecin.

From his appointment as organiste du roi in 1693, François Couperin’s career and standing at the court of the “Sun King” Louis XIV rapidly ascended, the young composer dazzling with music that introduced a distinct Italian influence to the music of the mature French baroque.

As a keyboard composer and virtuoso, he left us more than 220 pieces, published in four Livres (books), respectively published in 1713, 1717, 1722 and 1730. Alongside these, his treatise L’art de toucher le clavecin (The Art of Harpsichord Playing) includes 8 example Préludes and an Allemande, written to illustrate and embody the principles taught.

Each of the Livres includes numerous Suites of pieces, which Couperin called ordres. Like Bach’s well-known Suites and Partitas, these ordres comprised numerous short movements; unlike Bach’s works however, and unlike Couperin’s French predecessors, the pieces mostly have descriptive titles rather than generic dance assignations.

The Second Livre contains seven complete ordres, with a total of 62 individual pieces, including some of his better known titles such as L’Atalante, Les Charmes and Les Barricades Mistérieuses.

This is without doubt some of the most opulent and enjoyable music of the French baroque clavecin school.

Bärenreiter’s new edition is the work of French musicologist Denis Herlin, and follows on from his groundbreaking and critically acclaimed edition of the Premier livre published in 2016.

The edition itself is based on a pioneering first-time evaluation of an extensive body of sources, and undoubtedly sets a new benchmark in terms of Couperin scholarship.

Preceding the 138 pages of music and appendices, there is a superb 38-page Preface, included in French and English.

This thoroughly covers the immediate historical and biographical background, the genesis of the original 1717 publication, its reception, the structure and genre of the music, as well as an authoritative introduction to the historical performance practices associated with the music.

These include tempo markings, ornamentation, and a consideration of the instruments of the time. To supplement this there is an extensive glossary of Couperin’s performance directions, a detailed explanation of embellishments and their signs, and translations of all the piece titles.

At the rear of the book, there is an Appendix further illustrating ornaments with Couperin’s published table. Naturally, there is also a very extensive Critical Commentary covering the extant sources upon which Herlin based his edition, and dealing with all aspects of its preparation.

In addition to the Second livre this new volume includes the 8 Préludes and Allemande from Couperin’s L’Art de toucher le clavecin, originally published just a few months before the Second livre.

Pertinent comments introducing these are also included; so for example we read Couperin saying (as translated by Peter Bloom):

“A “prélude” is a composition in which the composer has allowed free reign to his imagination. However, since it is rather rare to find geniuses capable of free improvisation, those who play these carefully notated preludes must do so freely…”

Occasionally I receive for review a volume that is, quite simply, above any reproach. This is one such edition.

For any harpsichord player, this must surely be an essential and immediate purchase; for pianists keen to explore this too-little-known keyboard repertoire, this new edition must also be the one to seek out and highly prize.

With an asking price of £41.00, this may not perhaps be a casual purchase, but is certainly a keenly priced one for so pioneering and comprehensive a scholarly edition. We must now hope that the wait for the Third and Fourth livres is not too lengthy!