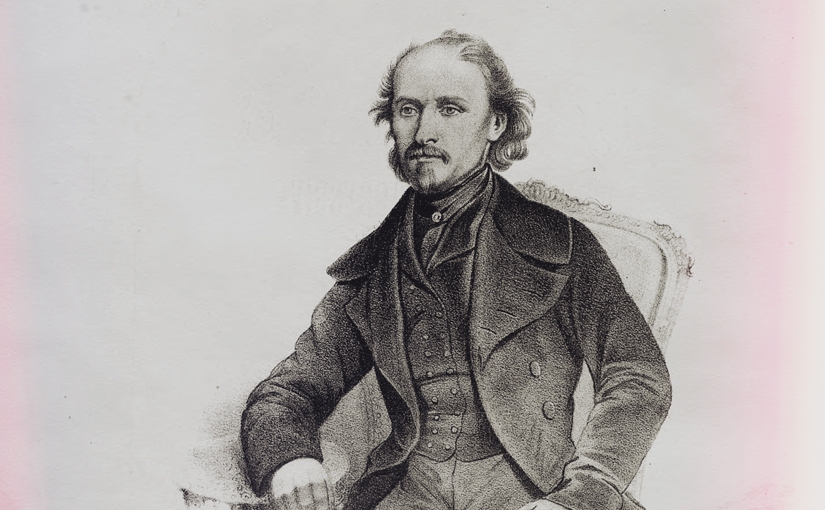 Henri Bertini (1798-1876) may be less well-known than his ridiculously prolific contemporary Carl Czerny (1791-1857), but his piano studies should not be overlooked, and were hugely influential in their day.

Now, thanks to Schott Music’s sumptuous Essential Exercises series, 48 Studies have been newly republished, offering the perfect opportunity to rediscover and explore this neglected composer’s marvellous work. Let’s dig in…

Bertini was born in London on 28 October 1798, his parents refugees who had fled the upheaval of the French Revolution. His father was a musician, as was older brother Benoît August, who was a student of Clementi. They in turn became Henri’s sole teachers.

Having moved back to France, the boy was performing widely by the age of twelve, with concert tours taking him to Paris, the Netherlands, England, Scotland and the Rhineland region.

As an adult he made Paris his home and professional base, establishing himself as a leading teacher and performer. He wrote the influential Méthode de Piano, having also published multiple volumes of Études, amounting to around 500 works.

In addition to his pedagogic music, he composed a large quantity of concert music, mostly for solo piano, but also including vocal and chamber works, and the well-received Nonetto Op.107 which was admired by his compatriot Berlioz.

In around 1848, Bertini retired from performing, composing and teaching, relocating to Dauphiné in southwestern France. After a long retirement there, he died in Grenoble on 30 September 1876.

Of Bertini’s many études, the sets Op. 29 and 32 remain among the better known. Dating from around 1823, they are suitable, in modern terms, for the advanced pianist (from about UK Grades 6-8).

The two sets subsequently appeared together as 48 Études, although there are actually 50 of them. This was because many of Bertini’s other collections included 25 studies, and he added a couple here for consistency.

The numbering has, not surprisingly, been a source of some confusion. The present edition restores the composer’s original intended order, with the extra two pieces appearing here as numbers 49 and 50.

Editor Ruth Taneda sums up this music very well in her Preface:

In all these respects Bertini’s Études are similar in design and content to those of Czerny. They are never simply utilitarian in the vein of Hanon or Schmitt, although nor are they musical masterpieces in miniature, as might be said of Burgmüller or Heller. Taneda goes on to say:

“Bertini succeeds in combining musical charm with technical challenges in these pieces, where nuanced dynamic shading requires technical accuracy as well as musical expression. Pieces with interesting harmonies in keys with up to four sharps and flats display various musical characteristics using a range of different rhythms, articulation and dynamics.”

The focus is undoubtedly technical in these pieces, but the musical outcome enjoyable for the player, and pleasing enough for the listener too; I certainly had a fine time playing through all 50 studies during a recent week off.

The books are beautifully presented with a particularly vivid (standard across the series) cover illustration:

The book also includes an informative Preface, Critical Notes about sources, more Detailed Notes about editorial decisions, and not to be missed, a list of Special Challenges in Individual Études, which offers a helpful commentary on the technical and pedagogic value of each piece.

It’s a pity that piano studies such as these have somewhat fallen out of vogue, perhaps pushed to the sidelines by their non-inclusion in exam syllabi (LCM being a commendable exception among the UK boards).

Bertini’s studies may lack the picturesque imagination of Burgmüller’s ever popular Op.100 and Op.109; nor do they have the relentless “it must be good for me” vibe of Hanon. But as pieces these Études mostly stand up as highly attractive examples of Early Romantic repertoire, reinforcing not only technical development but also harmonic awareness and musical understanding.

The book will probably need a hard sell to persuade most children and teens to dig in, but determined and enthusiastic adult learners are likely to really enjoy these well-crafted studies, both for their intrinsic merits in building technique, and for their very attractive musical qualities.