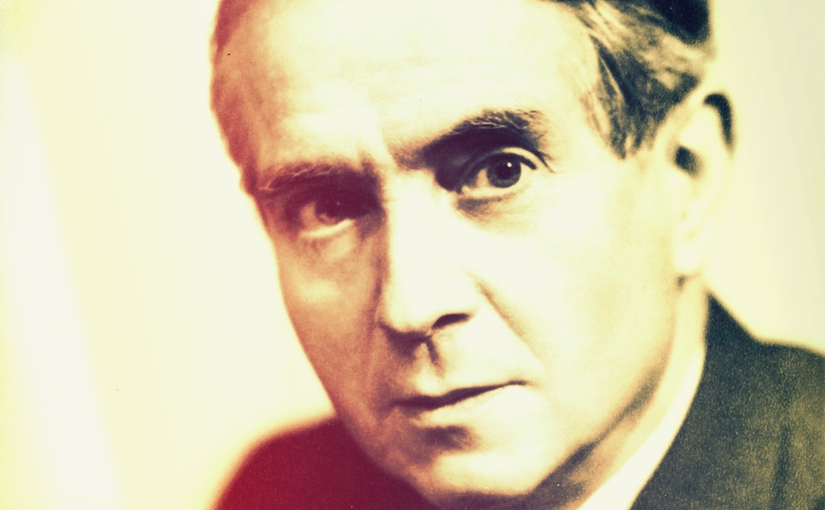 It was my Recording of the Month, and you can read my review here.

Now I am delighted to tell you about a recently released sheet music publication which includes all of these rediscovered and reissued works, together with a few other newly resurrected miniatures.

Edited by Jonathan Clinch, and brought to us by Novello Music, Herbert Howells Piano Works is an absolute treat for all lovers of this music, and a very welcome addition to the repertoire of advanced players.

Herbert Howells (1892-1983) was an English composer, organist and teacher who is chiefly remembered for his wondrous contribution to the Anglican choral tradition. Alongside these activities, he wrote a significant body of solo piano music, much of it unpublished, undiscovered and unloved until now.

The new Novello publication charts the musical development of Howells, from his earliest known work The Arab’s Song, written when he was 16, to the Petrus Suite, completed in his 80s, as well as demonstrating his fascination with French music (Phantasy, Harlequin Dreaming) and the Tudor period (Pavane and Galliard).

Having introduced most of this music in some depth when reviewing Schellhorn’s superb recording, and given that those with an interest in this music should without doubt acquire a copy of that, I won’t duplicate the previous review further. Instead let’s focus on the score…

Seeing these works in print confirms my expectations that they range in difficulty from early advanced (around UK Grade 7) to first diploma level, in most cases being accessible to players around Grade 8.

Howells’ mastery as a choral writer and organist is hinted at in his piano writing, particularly in his attentive use of inner voicing within the texture and in the mammoth size of the chords he employs, many of which will need to be spread even by those with super-sized hands.

Exploring this music at the piano, I was certainly struck by the rich sonority of Howells’ harmonic language. But there’s also a domesticity to the scope and tone of these delightful works.

In addition to the English “pastoral” composers and the piano writing of Debussy and Ravel, the composer whose work quickly comes to my mind is Grieg, whose characterful and colourful Lyric Pieces were of course ubiquitous in their popularity when Howells was growing up, and would offer excellent preparation for this music.

The publication is a 124-page (white paper) book with a sturdy gloss white card cover and fairly stiff glued spine. The review copy requires a little persuasion to stay open on the music stand when playing, but seems (so far) more than adequate to the task.

Editor Jonathan Clinch has contributed a detailed and very interesting five-page introduction to the music. Written in a fairly academic style (and even presented with a rather traditional font), there’s something reassuringly retro about this that rather equally befits the tone of the music.

Howells’ notation is precise without being fussy. Comparing the score with Schellhorn’s recording gives a good indication of suitable interpretative flexibility.

There are some truly delicious moments in this music; Summer Idyls has proved for me a particular favourite, while Finzi: His Rest is a most poignant tribute, and the Phantasy would make a great recital piece.

This collection offers a treasure trove of discovery for any player interested in British piano music of the early twentieth century, and who enjoys exploring repertoire which, in terms of its technical demands, resides at the more accessible end of “demanding”.

In short, here is a book to live with and cherish. This is music which I believe deserves a far wider audience, and I hope that this publication will prove to be a significant step towards establishing these pieces as favourites with players and audiences alike.

PIANODAO  is free to access and ad-free thanks to the support of
readers who show their appreciation with an occasional DONATION.
Supporters are welcome to join THE TEA ROOM community,