MUSIC FROM CHOPIN’S LAND
In 2020 I was commissioned to record five films showcasing piano music from PWM Edition. Captivated by the music, I asked to see a wider selection. This series was written independently to introduce this wonderful Polish repertoire to a wider audience…

Of the many excellent educational books in the PWM Edition “cat” range for young learners, Julius Łuciuk’s Children’s Improvisations for Piano is one of the most striking in every sense, from the stunning cover to the extraordinary music within.

In this article I will introduce the book, as well as including the PWM tutorial video featuring my French colleague and friend Ernestine Bluteau (with English subtitles).

END_OF_DOCUMENT_TOKEN_TO_BE_REPLACED

“Is it possible to learn to improvise? The acclaimed jazz pianist Julia Hülsmann answers this question with a resounding ‘yes’. In volume 1 of her Modern Piano Improvisation series she presents an easy and inviting introduction to this skill.
Songs are the main focus of her approach: easy arrangements of 15 jazz classics and original compositions by the internationally-renowned composer Hülsmann. Ideas and themes are given for each piece to help you to create attractive piano solos.
Demo recordings and play-along backings are available as MP3 files to download.”

So reads the blurb on the rear cover of an attractive new publication from advance music, brought to us by Schott Music.

Adding excitement to the mix, author Julia Hülsmann is indeed one of the most distinguished pianists of the contemporary European jazz scene, with a string of albums on the ECM and ACT labels, including the award-winning Scattering Poems.

So let’s take a look…

END_OF_DOCUMENT_TOKEN_TO_BE_REPLACED

”And now for something completely different …”

John Pitts’ book How to Play Indian Sitar Raags on a Piano was undoubtedly one of the most unique publications submitted for review last year, and as I browsed through the 260-page volume, I have to admit that I was somewhat overwhelmed by the depth and quantity of information in it – to the extent that I felt genuinely unqualified to write a review.

How happy I was, then, to learn that John has written a prequel called Indian Raags for Piano Made Easy, suitable for players from easy to intermediate level (around Grades 1+ to 4 in my view).

This, surely, would be the collection that I needed in order to jump in and have a go at exploring this extraordinary and diverse music! So, how did that work out?

END_OF_DOCUMENT_TOKEN_TO_BE_REPLACED 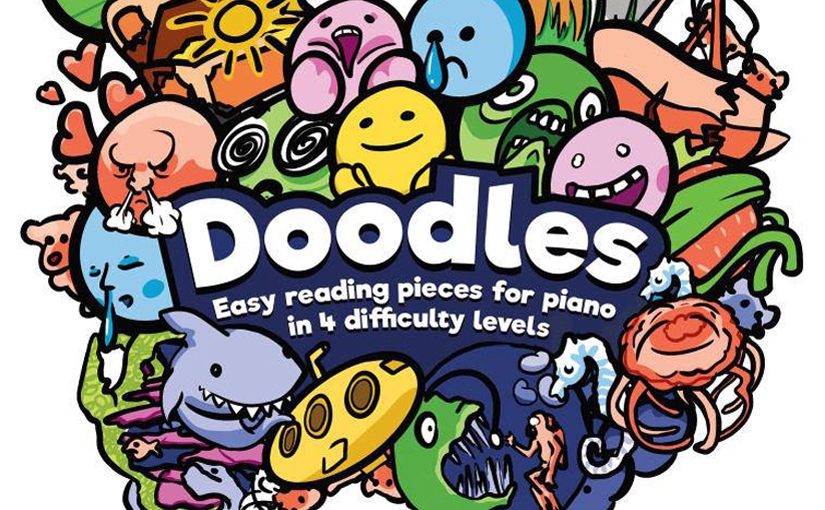 Alison Mathews’ excellent collection Treasure Trove has proved a big hit with my students who have been working through it, and I’m delighted that publishers Editions Musica Ferrum have now brought out another collection composed by her: Doodles.

It is very clear straight away that this publication explores very different terrain to Treasure Trove however.

So what is the concept here, and do I think it works? Let’s find out…

END_OF_DOCUMENT_TOKEN_TO_BE_REPLACED

In this post I am going to share a simple trick that will help prompt you to compose and improvise your own music.

This also provides an excellent strategy for helping more advanced students develop their creativity, and move beyond written music.

When making up our own music it’s useful to have a “trigger” that helps get things started – or perhaps a set of “rules” or self-imposed limitations within which we will work. Far from limiting our imagination, this can stimulate our creativity as we explore the boundaries we have set ourselves.

The Eight Chord Trick can be used in exactly this way.